Fit for a Prince: Where in the West Should Meghan and Harry Move?

Buh-bye, Britain. Harry, Meghan, and Archie are looking for a new home. Here are our top picks for destinations where we think the Duke and Duchess of Sussex should move 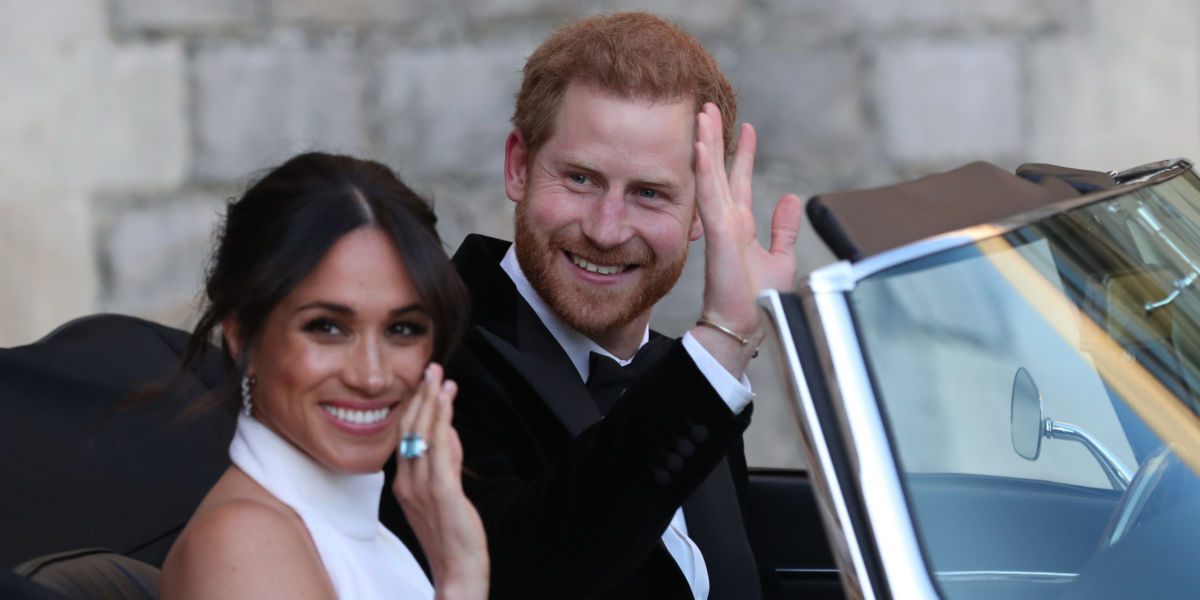 Admit it: You’ve been following the news of Megxit. It’s okay; we’re not too proud to admit that we have, too. In fact, we’ve been doing more than just reading about it; we’ve come up with a helpful list of places this footloose family might want to settle down in.

As much as the Oakland-based Sunset staff would like the Duke and Duchess of Sussex to settle in the San Francisco Bay Area, rents are awfully high here, and that would be tough on a young family just starting down the path to financial independence. But we’d love it if they at least visited San Francisco between open houses. After all, the city’s Palace Hotel sounds like their kind of place and offers one of the best English-style high teas in the West.

When it comes time to sign a lease and line up chums to help them move, here’s where we think they might fit in nicely.

Her Majesty the Queen has reportedly given Harry permission to move his family to Canada (a remarkable degree of autonomy considering the lad is only 35 years old). Vancouver would make a lot of sense. That niceness Canadians are famous for will be well appreciated by a pair looking to escape the nasty English press. (Do they even have tabloids in Canada?) And according to the country’s 2011 census, fully 45 percent of the city’s population was born abroad—an expat American and an Englishman will fit right in. (Weird bonus: If Harry does get homesick, he’ll find pictures of his grandma everywhere, including on every coin in his pocket.)

Another great place for a tabloid-averse duke and duchess is Hollywood. In a place where movie stars are treated like royalty, we’re pretty sure two actual royals could pass unnoticed. (Did either of them ever date a Kardashian? Well then they’re nobody in this town.) Meghan could pursue her acting career, or maybe revive her lifestyle blog (remember The Tig?), and visit often with her mother, who lives in L.A. County. With hard work and a little luck, the plucky little family might have their own reality show in a few years. We’d watch that.

“Keep Portland Weird” goes the slogan, and while Harry’s not all that zany by commoner standards, he’s practically an alien in the buttoned-up royal family. What makes him a black sheep to them, like the drinking and the youthful experiments with weed, is celebrated (and legal) in Portland. Also, a character on the TV show “Portlandia” once described the City of Roses as the place young people go to retire, so Harry and Meghan living comfortably with no discernible source of income would be completely normal there. Sure, the city is a little cool and rainy, but ex-Londoners will hardly notice. (And yes, we know the slogan about keeping one’s city weird originated in Austin. That wouldn’t be a bad choice, either.)

When Prince Harry, in the time-honored tradition of English schoolboys, took a gap year after high school, he spent part of it living on a cattle station in Australia. Perhaps a return to the carefree pastimes of youth might help the royals find some joy. (If anything involving pumping your own water can be described as “carefree.) In any case, the Sussexes might benefit from some time ranching out in the fresh air and big skies of Montana.

Whatever jobs Harry and Meghan end up with won’t actually be the first gigs for either. Meghan has worked in television, and Harry served in the British Army for 10 years, including a brief stint in Afghanistan. For that reason, we think Harry, especially, might like the classic military town of San Diego, home to multiple U.S. Navy, Marine, and Coast Guard bases. We think Meghan will take to it, too. There’s great food and drink, and who doesn’t like 266 sunny days a year? Bonus: We realize Meghan isn’t close to her father. But things don’t seem to be going so well with the in-laws, either. If Dad starts looking good by comparison, his home is just a hop, skip, and a jump over the border in Rosarito, Mexico.

Maybe Harry’s days of being a cowboy and a soldier are over. After all, he has a family now, and he and Meghan have to think about good places to raise little Archie. Sunny Irvine, CA has great schools and easy beach access, and is a quick drive to Disneyland. It’s home to Orange County Great Park, one of the best urban green spaces in the country, and the FBI named Irvine the safest city of its size in America in 2019. This makes it the perfect place to sequester the boy who on paper has very little chance of being king…but as we’ve seen lately, those royals are an unpredictable bunch. Better safe than sorry.

While we do worry a little bit about how the ginger prince would fare in the tropical sun, we think everything else about Hawaii would be perfect for the privacy-seeking couple. Some time on the beach might be just what Harry and Meghan need to unwind after a tough year. Hawaii is a lovely place to raise active, free-range children, and the smaller, sleepier islands like Molokai see few tourists and even fewer tabloid photographers. Plus, there’s a tradition of royalty in Hawaii, and Oahu is home to America’s only royal residence, the Iolani Palace in Honolulu (pictured). The palace housed Hawaiian kings and queens in the 19th century, and we don’t know if there are any vacancies there now, but surely somewhere in the islands, from the high-rises of Honolulu to the surf towns of Maui, there’s a modest little place perfect for a young couple just starting out in the world.

24 Best Places to Live and Work