Living the Pioneer Life in Montana 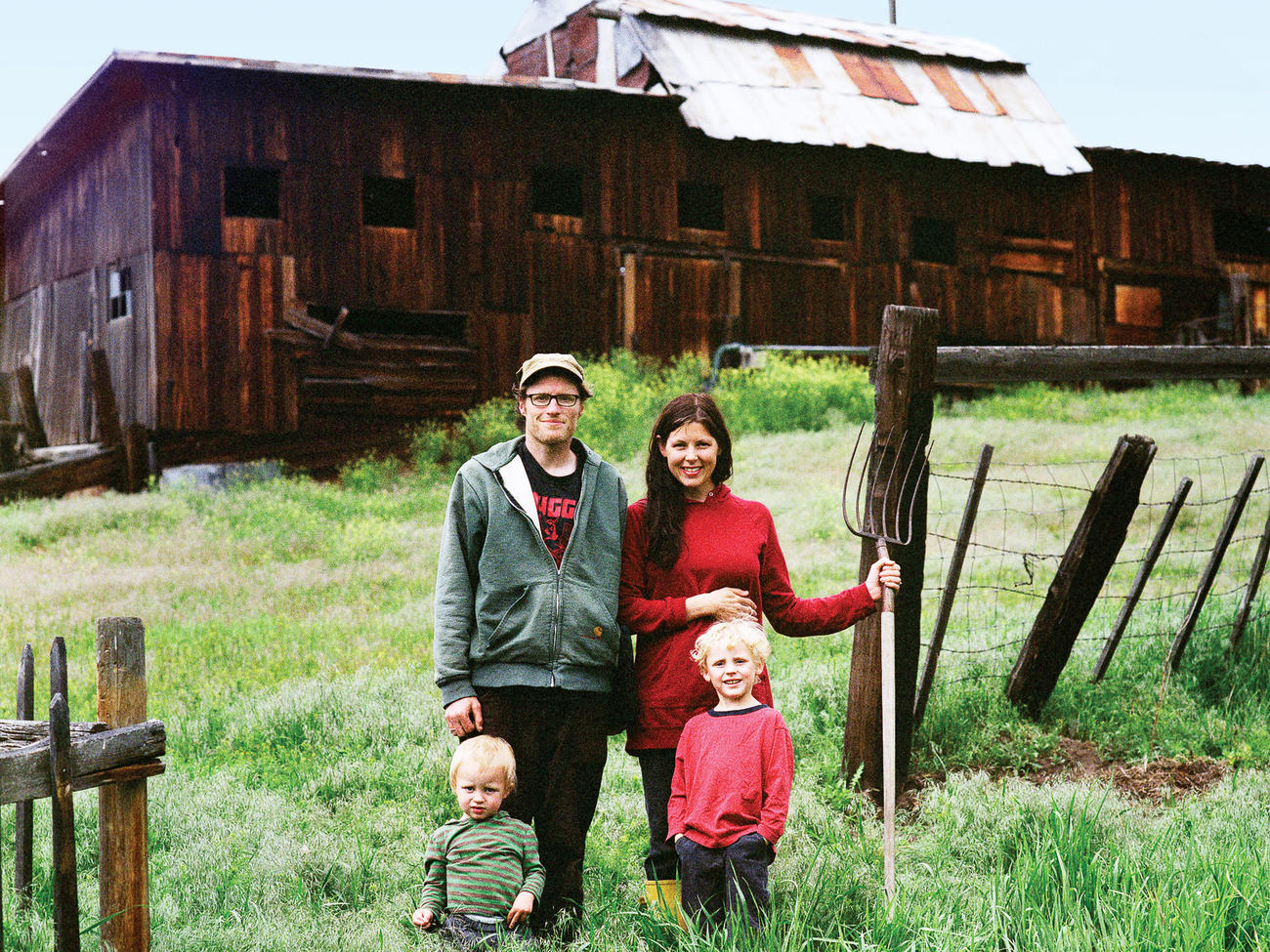 Andrew Geiger
The Smetanka family at their home on the Moon-Randolph Homestead in Missoula, Montana.
Written by Caroline Patterson August 2, 2010
Share this story
Come by: The Moon-Randolph Homestead is open to visitors on Saturdays between May 1 and October 31. Special events include a harvest festival and cider pressing in late September and a May Day Frolic (nmcdc.org/mrhhome.html).  “We’ve been using the word ‘homestead’ as an adjective for a long time,” wrote Joanna Smetanka in her blog on April 30, 2010. “Whenever we do something really hard-core or over-the-top pioneerish, we say something like, ‘Damn, baby, that’s so homestead of you.’ ” And what counts as hard-core? Her husband, Andy, smoking out a skunk near the chicken coop. Joanna using a chamber pot while 9 months pregnant because of a finicky composting toilet. She didn’t bother mentioning tending 18 chickens. Or Andy digging out the caved-in root cellar. Or raising two preschoolers without modern plumbing. Or hauling groceries by sled a quarter-mile up the road when the road ices over. More: How to raise chickens That’s all part of the Smetankas’ job as caretakers of the Moon-Randolph Homestead, 13 hilly acres 3 miles from downtown Missoula. Or, as their agreement with the North Missoula Community Development Corporation phrases it, to “value the homestead as a cultural landscape where active stewardship co-exists with layers of human and natural history.” (The NMCDC manages the city-owned property, which was added to the National Register of Historic Places in 2010.) In exchange for living rent-free in a converted chicken coop, the Smetankas care for the land and livestock; maintain the buildings, including the original 1889 Moon cabin; coordinate a Maypole party and harvest festival; and greet visitors every summer Saturday, 11 a.m. to 5 p.m. And visitors do turn up, ranging from senior citizens to fourth-grade field-trippers. “Kids really get into the spirit,” says Andy. “The place speaks to them—the cool old buildings, the farm life. The biggest attraction is the pump.” All this may sound tame compared with the lives of the original homesteaders. Ray and Luella Moon began eking out a living on the 160-acre claim in 1889: cultivating 30 acres or so, grazing a few cattle, planting cherry and apple trees. By 1894, they’d “proved up”—i.e., earned the title to the land by sticking it out for five years—but then, worn down, perhaps, by the baking-hot summers and frozen winters, sold out to their relatives George and Helen Moon. William and Emma Randolph bought the land in 1907, raising chickens, hogs, and cattle; selling milk, fruit, and vegetables; and even mining coal to get by. Their son William Randolph Jr. lived alone here until his death in 1996. Bought by the city to be preserved as open space, the land went out of production and “slipped into the eddy of time” as Caitlin DeSilvey wrote in her excellent history of the property, Butterflies and Railroad Ties. The hardscrabble ranch is an homage to homestead-era grit and Depression-era resourcefulness. Buildings are roofed with corrugated tin; water troughs are old boilers cut in half. The barn has a sliding boxcar door; a bedstead is converted into a gate. The fence, with its ragged assortment of posts, driftwood, and shovel handles, is like found art. A message scrawled on the side of the cabin reads: “No rain. May 6 to Aug. 19. Aug. 19, ’33. Hail.” Walk anywhere on the property, and present overlaps the past. Chickens roost under the shade of a rusted-out thresher-binder. In the cabin, 5-year-old Asa turns the handle of a century-old cider press next to measurements for long-grown children: Ione Randolph, 61⁄2 years old; 4 feet, 5⁄8 inch; 50 pounds. After the rains each year, Andy senses the presence of old homesteaders in the paths that appear “as if by magic.” Even Joanna’s blog echoes the 1917 journal of 13-year-old Robert: “We have been one sick family for the past two weeks,” she wrote April 8, 2010. On January 20, 1917, Robert wrote: “Baby very sick. 12 above zero.” “Four above zero,” he noted two days later. “Baby getting better.” The Smetankas feel the shift between past and present most when they go into town, where Andy reviews movies for the weekly Missoula Independent and works at a bakery and Joanna co-owns a kids’ clothing store. “It’s like straddling two centuries,” says Joanna from the couch of the converted coop, which is bright with windows but small: just a family bedroom, a living room and kitchen, and a “project room” large enough for a computer (yes, they have electricity), sewing machine, and art supplies. Andy and Joanna did not come here to flee civilization, but to live, Joanna says, at an “appealing distance” from town. “The longer I’m here, the more off the grid I want to become,” she adds. Andy, on the other hand, says that while he enjoys sharing responsibility for the kids and homestead, at times he misses town life. These sentiments echo those of the original Randolphs: Emma wanted the farm; William dreamed of becoming an inventor—his mouse-nibbled “torpedo exploder” diagram still hangs in the family room. But that duality of spirit is the nature of homesteading. The Old English meaning of the word “homestead,” DeSilvey writes, connotes a place that “looks backward and forward at once, planting more seeds in rich soil where other hands went before, digging through layers of living, and encouraging new growth.” It is a place where the simple things are celebrated, where lettuce grows in the garden again, apple trees bloom, and, when the sun shines, as Joanna says, “nothing else has to happen.” More: Author Anne Lamott on finding time