Fast and Frugal Road Food Along the Pacific Coast Highway

At these 15 stops—all within minutes of Highway 1—you’ll eat well, get out fast, and barely put a dent in your road trip budget. 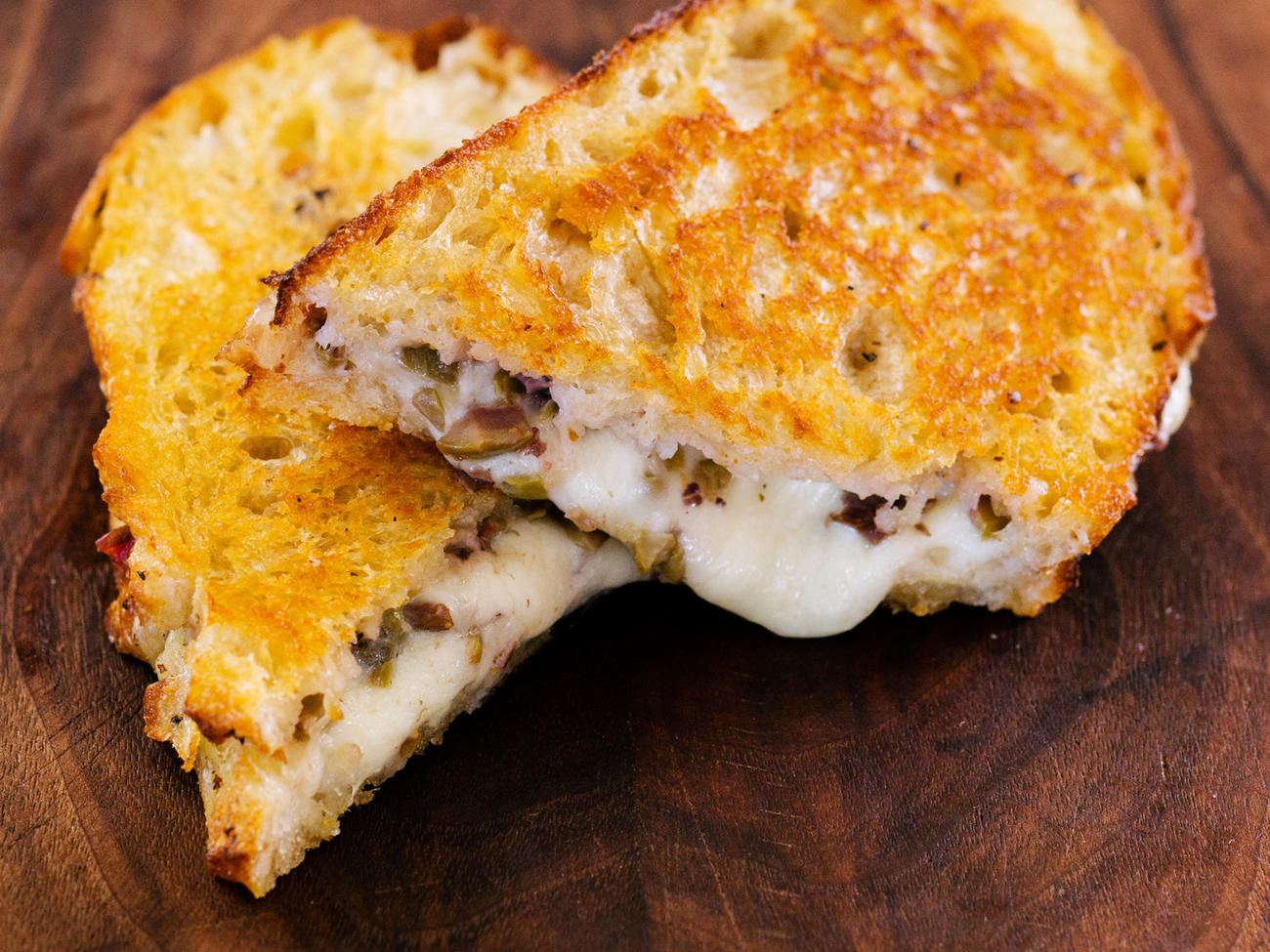 Not all road food is created equally—especially when you’re cruising along California’s iconic PCH. Tasty, cheap food abounds along this stretch of the coast, where seafood shacks, taco joints, and diner-style eateries satisfy hungry sojourners. You just have to know where to look. The next time you make this epic Western road trip, plug these cheap eats into your Maps app. You can thank us later.

As far as fast, affordable, and filling lunches go, you can’t beat hearty empanadas. Sergio’s Empanadas serves them up Argentinian style, which means they’re big and baked (a.k.a. healthier than fried alternatives). Choose from variations like prosciutto with mozzarella, vegetarian broccoli-cheddar, or spicy pork. Pair the empanada with quinoa or Greek salad for $10 or fly solo for $4.50. Word on the street is that their chimichurri sauce is bomb. And if you’re craving something sweet, try the alfajores—a cookie sandwich of sorts filled with caramel-like dulce de leche. Plan to linger: Sergio’s has beach access behind the shop.

Less than one minute from Highway 1, Phnom Penh Noodle Shack cranks out authentic Cambodian stir fry and noodle bowls for less than $10. Built onto the house of the restaurant owners, the Shack has been feeding a steady stream of locals and travelers since the ’80s. The specialty is kuy teav (like Cambodian pho), and you can customize it with a range of noodles, meats (including less conventional options like tripe and tendon), and sauces. You know a road food spot is doing something right when it’s picked up 32,000 followers on the ‘Gram.

Burgers are the ultimate cheap and fast road food. But food snobs don’t have to settle for Mickey D’s. Instead, stop off at HiHo, which relocated from Ojai to Santa Monica’s 2nd Street a few years ago. See those pictures of happy cows roaming in pastures on the walls? That’s in New Zealand, on the co-op farm where the burgers’ Wagyu patties are sourced. For $7.95, you’ll get two patties between plush, squishy buns that resemble In-N-Out’s bread, classic toppings (lettuce, pickles, onion jam, ketchup), and thick fries. The milkshake add-on is optional but recommended.

A true seafood shack, Malibu Seafood is run by fishermen who guarantee their catches’ quality and freshness. Sure, $18 might seem steep for dinner, but not when you consider it’s uber-fresh Pacific red snapper complete with two sides like green salad and baked potato. Then again, you can always dig into a $7 fried fish, shrimp, or oyster sandwich. They’re golden brown, not greasy, and blessedly simple. Order at the counter, claim one of the patio tables across from the ocean, and wait for your number to be called while you take in the view.

With its brightly painted walls, Talavera-topped tables, and brick-lined archways, La Gloria feels like it was picked up from Mexico City and plunked down in Oxnard. Different stands serve from-scratch, authentic dishes like carnitas, tortas, and rotisserie chicken. There’s also a homemade ice cream stand and a bakery, which locals hit up in November for the pan de muerto (Day of the Dead bread) and year-round for the conchas (Mexican sweet bread) and gorditas de cana (clotted cream biscuits). Walk across the leafy patio to the Cuatro Caminos supermarket where you can pick up Mexican junk food for your PCH drive. Cheap food doesn’t get better than this.

Everyone recommends Julia Child’s favorite La Super Taqueria for fast, cheap eats in Santa Barbara (and for good reason). But on our next PCH road trip, we’re high-tailing it back to Norton’s, a classic New York-style deli with counter service and perhaps the best pastrami on rye we’ve ever tasted. Opened in 2004, this tiny hideaway on Figueroa Street certainly got popular after Diners, Drive-Ins and Dives paid the crew a visit, but they’re still as down-to-earth and affordable as ever. Get any of the half-size, filling sandwiches for about nine bucks.

Splash Cafe’s clam chowder is practically a rite of passage on the Central Coast. Made with three types of clams, the café’s chowder is fresh and creamy, but not too thick, and served in a buttered bread bowl. It’s popular, and there’s a reason these folks sell more than 40,000 gallons of chowder a year, too: It’s darn good. Still, if you’re in the mood for something different, go for any of the other classic offerings like the tri-tip sandwich or fish and chips.

In this tiny gas station deli, breakfast burritos, BLT sandwiches, and tortas taste delightfully homemade. That’s probably because everything at the four-table stop is made by a mom and her two daughters. The best part? Tacos—including asada, pastor, and chili verde (all with influences from Guerrero, Mexico)—are just $2.

An unlikely gem around the Santa Cruz Boardwalk, The Picnic Basket uses farm-sourced, healthy ingredients for its daily-changing menu. Claim one of the picnic tables and dig into items like the 38 North Chicken sandwich (made with meat from locally raised chickens) or a roasted beet sandwich with lemony chickpea spread. Classic boardwalk eats, like hotdogs, are also up for grabs—except here, they’re made with all-beef, all-natural sausage. Don’t leave without a cone from the Penny Ice Creamery—the owners’ from-scratch, farm-fresh ice cream venture.

Housed in an early-1900s caboose, Dad’s Luncheonette delivers on a tiny but hearty menu of comfort food standards slightly gussied up by chef Scott Clark, who used to be the chef de cuisine at the Michelin-three-star Saison in San Fran. Among the handful of dishes Clark cooks up, the hamburger and wild mushroom sandwiches are standbys, as is the $5.50 mac ‘n’ cheese; while finer offerings like a smoked and braised lamb with asparagus (served in a lo-fi, road-friendly cardboard box) show up as weekend specials.

You’d be remiss to dine in San Francisco and not eat dim sum. The Cantonese brunch tradition runs strong in the city with a mix of modern and traditional restaurants that all stick pretty close to the original (why mess with a good thing, right?). Dim sum tends to run affordable—especially at no-frills, salt-of-the-earth spots like Good Luck Dim Sum. At this to-go Richmond District locale, you can order three pieces (like shrimp taro dumpling, fried sesame ball, and turnip cake) for $2.50, and add on other generously sized finger foods, ranging in price from $1.50 to $5.20 (the latter is for a whole pound of chicken feet or spareribs).

Artisan goods aren’t exactly thrifty (these things are made by hand with quality ingredients and tons of love, after all), but at Cowgirl Creamery’s market, you can scrimp together a decently priced picnic. Better yet, show up on Fridays at 11 a.m., when the cheesemongers host a tasting of all the cheeses for $5. Beyond that, the creamery’s Cantina doles out hearty sandwiches for about $10, and though it’s a little on the pricier side, we dare say the grilled cheese (with Cowgirl’s slightly tart Wagon Wheel and semi-soft Holey Cow cheese from Central Coast Creamery) is 100 percent worth it.

Another well-loved PCH cheap food option is Garden Bakery in Mendocino. This jewel box of a café is touted as a gem for its mix of sweet and savory menu items. On the sugary side are all the classics—gooey cinnamon rolls, croissants, fruity danishes, brownies—all done to perfection. Meanwhile, the more savory side of the menu salutes Mexico with tamales, tacos, and $6.50 breakfast burritos wrapped in homemade tortillas.

Eureka: Hole in the Wall

One $9.95 sandwich the length and thickness of your forearm is more than enough to feed two people at this no-frills deli that proudly bills itself as a hole-in-the-wall. The shop covers the basics well, and also throws in less common offerings like garlic-herb turkey meat and Dungeness crab (the latter is only on Fridays, so plan accordingly if you can). Locals swear it’s the best sandwich around. Pair a sub with any of the chips from the two big racks full of classic offerings and you have yourself a perfect lunch for the road.