Santa Barbara Guidebook: What to See & Do Now

Santa Barbara is better than ever, full of creative energy and newly-strengthened camaraderie 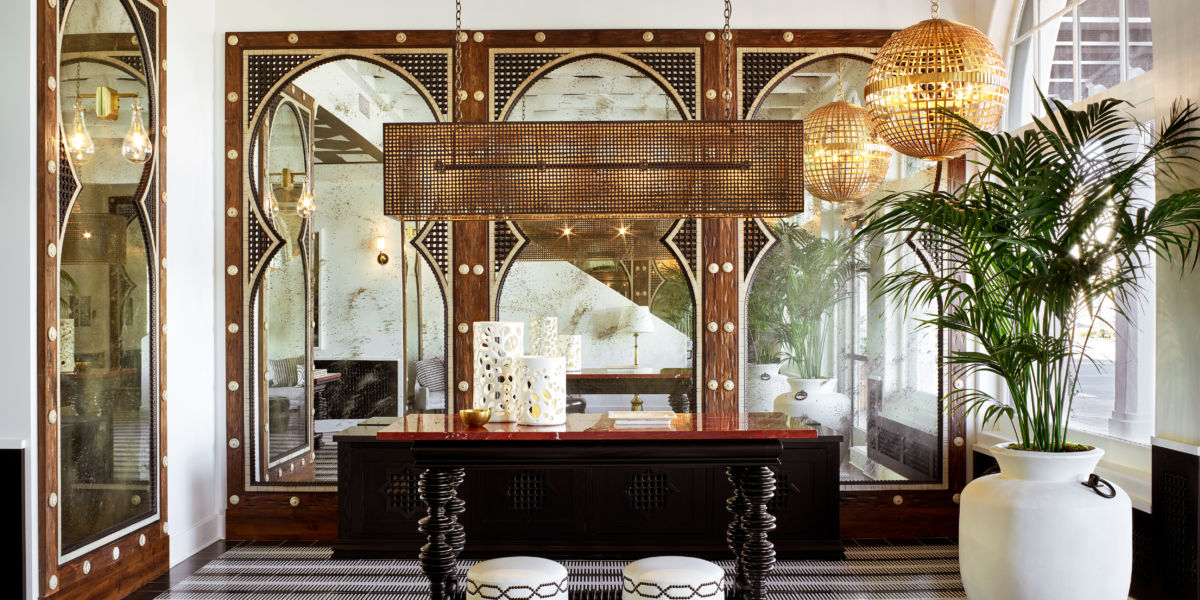 Is it a laid-back college town? A surf-bum way station? A luxe paradise of villas and palm trees? All of those things, for sure, but also much more. Beyond its almost-too-perfect coastal beauty, Santa Barbara is also a city full of style and spirit. Long since recovered from wildfires in 2017, the city is greener and more beautiful than ever. There’s a renewed sense of vigor and purpose. Innovators continue to make over the town’s warehouses and historic buildings into centers of cool, and the food scene just keeps getting edgier. There’s no better time to rediscover this coastal jewel.

When the rebuilt Hotel Californian opened a few years back, the Spanish Revival building instantly became the gleaming showpiece of the waterfront. Celebrity designer Martyn Lawrence Bullard (who lists Elton John, Cher, and the Kardashians among his clients) leaned into the property’s Mediterranean ethos, creating a dream world of intricate wood screens, mid-century Italian furnishings, and a black and white palette punctuated by saffron and Turkish red. Find your way to Majorelle, the hotel’s airy spa, where geometric white and indigo tiles will transport you straight to Morocco. If you’re not pressed for time, consider the two-hour Tribute Ritual–your therapist will help you put together a custom aromatherapy oil to use during a scrub, wrap, and massage, then send you home with a bottle of your very own personalized mood-lifter. While many of the rooms have a private balcony, the best place to catch the sunset is from the rooftop lounge, thanks to a full 360-degree view. From $550; hotelcalifornian.com.

The buzz has been going strong in the Funk Zone ever since the neighborhood began revamping its warehouses into tasting rooms and boutiques a few years ago. The newest hub of activity here is Shops @ the Waterline. Built on rubble from the 1925 earthquake, the industrial building now hosts wineries, breweries, restaurants, and an artisanal craft collective beneath its wood and steel beams. Shop for prints by local illustrator Peter Horjus at his eponymous shop and abalone rings at Jules by the Sea. Then grab an ale from Topa Topa Brewing Co.’s taproom or a seafood burger at chef Norbert Schulz’s Nook. waterlinesb.com.

Beef: Order paratha (a flaky Indian flatbread) rather than a tortilla to trick out Goa Taco‘s smoky, spicy take on mojo beef. goataco.com.

Pork: La Super-Rica‘s especial–bathed in gooey cheese fondue–demonstrates why even Julia Child was a fan of this spot. (805) 963-4940.

Beef: Options at Lilly’s Taqueria range from lengua (tongue) to tripe; you can’t beat the juicy carne asada and a Mexican Coke. lillystacos.com.

In the Presidio, the city’s oldest landmarks meet a new wave of homegrown businesses.

11:30 A.M. Across the street, dig into SoCal’s distant past with a visit to El Presidio de Santa Barbara State Historic Park, home to the remnants of a red-tiled Spanish fortress built way back in 1782. sbthp.org.

1 P.M. Opposite the fortress, pull up a stool at Three Pickles Subs & Sandwiches‘ marble bar for a hot Presidio Pastrami. threepickles.com.

2 P.M. Meet the latest stores on the block, starting with Jake & Jones, a sunny boutique that’s heavy on California-made clothing, toys, and bohemian goods like raffia shoulder bags by Mar Y Sol. At Make Smith, pick up leather goods like chic backpacks and a hanging-plant holder based on a 1960s design from Sunset magazine. jakeandjones.com; makesmith.com.

3 P.M. Continue your heritage tour at Casa de la Guerra, the restored home of a former Presidio commander. The original 1817 wine cellar was recently brought back to life by Standing Sun, which pours some tasty wines from the nearby Santa Ynez Valley. sbthp.org; standingsunwines.com.

If children are in tow, carve out some time for the Moxi, aka The Wolf Museum of Exploration + Innovation, an interactive learning extravaganza where kids can test out 3-D printers, build and race model cars, and launch air rockets. On the rooftop of the LEED Gold-certified building, a “weather orchestra” transforms wind, sun, and muscle power into music. Traveling without the munchkins? Check the calendar for occasional adults-only after-hours events with live music, games, and special exhibitions. moxi.org.

4 Posh Hostels You Need to Try