Local art, a Chinese-American restaurant, and a solarium are among the fun features of this new NorCal property. 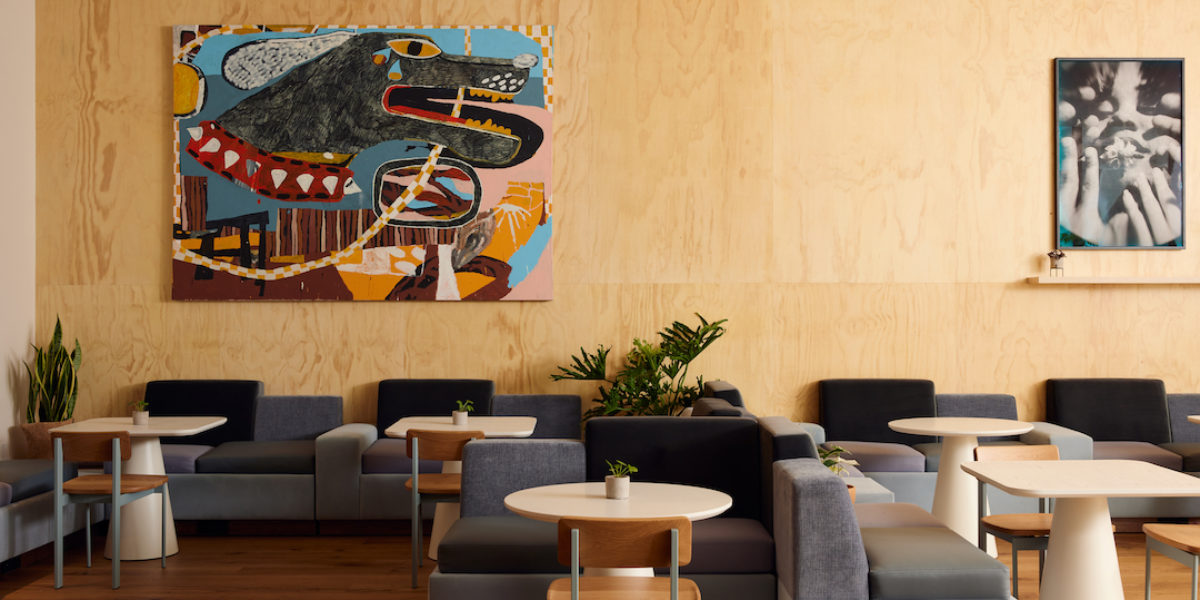 The newest location of the Line Hotel has opened up in San Francisco, smack dab in between the Mid-Market and Tenderloin neighborhoods, and its design plays up the grit, edge, and creative urban energy that we know and love about the city in the best way. The hotel is the fourth location for the Line Hotel brand, which opened its first location in LA’s Koreatown in 2014, followed by locations in Washington D.C. and Austin, Texas.

For their San Francisco location, the hotel tapped Knibb Design to outfit its 236 guest rooms, which combine textures of cement, tile, crown molding, slate, natural wood, and even graffitied surfaces to create an eclectic, modern California aesthetic. A diverse selection of art from Bay Area notables like Laura Plageman, Cannon Dill, Cinque Mubarak, and JP McNicholas adorn the the lobby and common areas, bringing the culture of the city inside the hotel’s walls.

The Line SF is currently in soft opening mode, and come this weekend, they’ll officially open the doors of their two other dining outlets, Tenderheart and Rise Over Run, the latter of which will reside on the 12th-floor rooftop, and include a terrace and solarium overlooking the city skyline. In the meantime, there’s an outpost of L.A. coffee shop Alfred, as well as a lobby restaurant for travelers to enjoy.

Perhaps the most anticipated part of the F&B offerings is the grand reveal of Tenderheart, which promises to nod to executive chef Joe Hou’s Chinese-American roots and reflect the Bay Area’s historic penchant for seasonality. Hou was formerly a pastry chef and has worked in the kitchens at heavy hitting restaurants like Per Se, the NoMad, and Angler, so expect the pastry and bread offerings for in-room dining to be stellar, too.

For now, though, guests can enjoy their own cocktailing and in-room DJ experience courtesy of the record players and vinyl collections that come in suites. Rooms start at $199 per night, but prices are already north of $300 on some dates.