Hotels are opening from Utah to Montana, plus there’s plenty new lifts and terrain to explore. 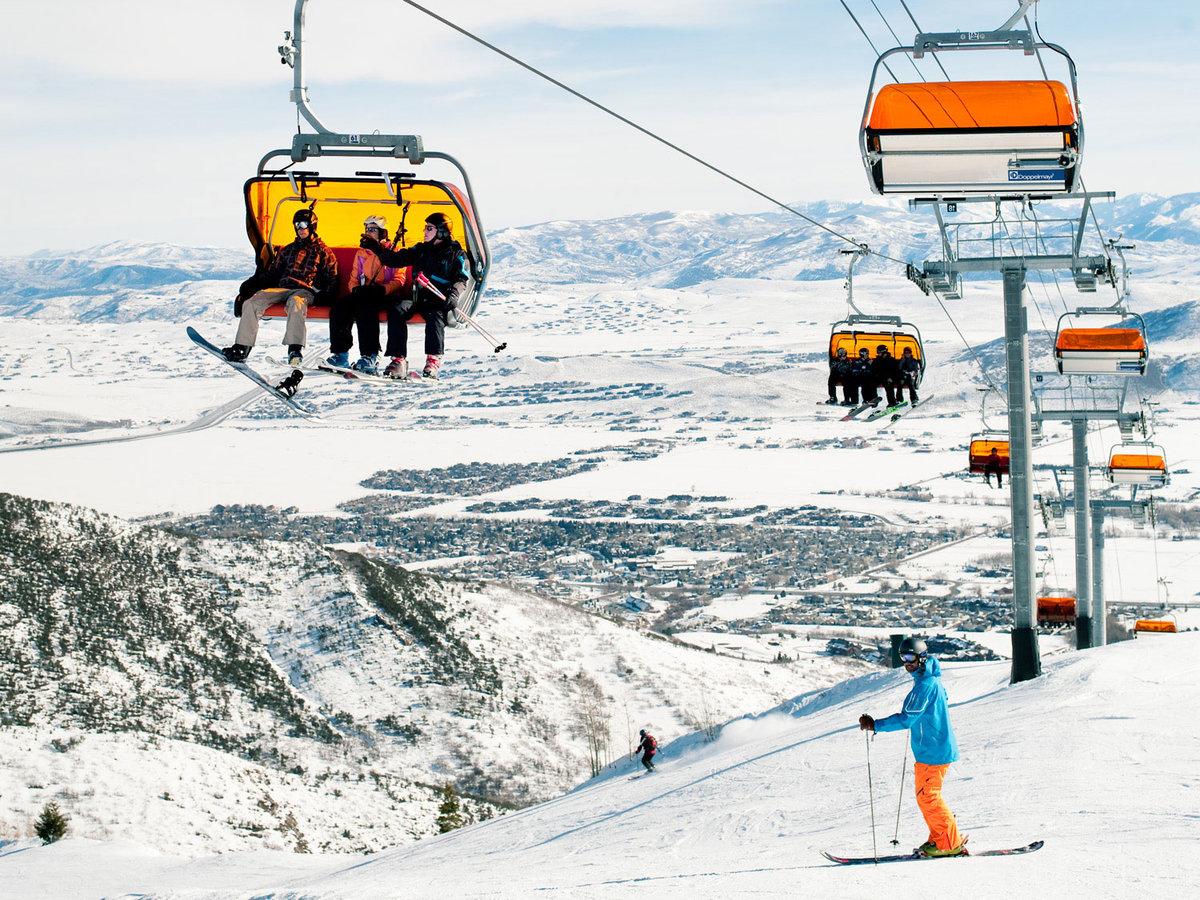 Snow resorts are gearing up for the winter season—if they’re not already open, thanks to a fresh blanket of snow last month—with new après-ski experiences. There are new hotels popping up from Idaho and Utah to Montana, and a slate of renovated properties in between. Lift technology is advancing on myriad slopes, and an avant-garde coffee shop in Aspen has us dreaming about hunkering down in the snow.

Consider this your guide to what’s new in the mountains for the 2021-22 season. You can expect to see more resorts offering contactless lift ticket pickup and cashless transactions at onsite restaurants and shops. Expanded transportation options also abound: For those headed to Mammoth Lakes in California, for example, United Airlines will start offering daily flights to Eastern Sierra Regional Airport in Bishop from Denver, Los Angeles, and San Francisco starting in December. Further south, the city of Big Bear debuted a free trolley service that heads to its mountain resorts every half hour.

“As the 2021-22 season approaches, resorts in California and Nevada have invested in further enhancing the guest experience and are continuing to seek out efficiencies and technologies that allow them to offer a seamless, and in many cases, contactless way to have an awesome day on the mountain,” Ski California president Michael Reitzell said in a recent press release.

While some season passes are already sold out, you can find deals with options like Vail Resorts’ Epic Pass. And with a Power Kids season pass, kids ages 12 and under can ski for free at all Power Pass resorts, including Arizona Snowbowl, Sipapu Ski & Summer Resort in New Mexico, Utah’s Brian Head Resort, and more.

Here’s what new across the slopes in the West:

Some California ski resorts already opened early for the winter season—for many, marking the earliest opening weekend in decades. The newly renamed Palisades Tahoe, for one, kicked off the season with multiple lifts plus specials like $10 hot waxes. It was only the third time in over seven decades that the resort has been able to open in October, according to Palisades Tahoe. Further south, Mammoth Mountain remains a bustling destination where nearly 70 inches of snow has fallen at the summit so far this season. Elsewhere around the state, expect triple the amount of terrain at Kingvale Resort thanks to two new lifts at the Tahoe area destination, as well as expanded snow play at both Mountain High in Wrightwood and Snow Valley Mountain Resort in Running Springs, according to Ski California.

What do you get when you cross graham-cracker-infused milk, toasted marshmallows, and a smoking jar? The Hickory Smoked S’mores Latte at Felix Roasting Co.’s first cafe outside Manhattan. It’s inside Aspen’s Hotel Jerome, and the Ken Fulk-designed space is just as beautiful as the drinks. More into tartiflette? Not even sure what that is? Find out at Aspen Snowmass. The fondue-inspired combo of cheese, potatoes and smokey bacon is on the menu at the new Alpin Room inside the resort’s High Alpine restaurant.

More than a dozen new trails will open at Beaver Creek Resort’s onsite McCoy Park, which spans 250 acres of family-friendly terrain for beginner and intermediate skiers just west of Vail. Meanwhile, intermediate and expert skiers and snowboarders can head into the backcountry by snowcat thanks to a new excursion at Loveland Ski Area about 50 miles west of Denver. And if you’re ready for the ultimate adrenaline rush, legendary climber Harry Kent opened an advanced via ferrata climbing route on the Deville Rocks that’s billed as the steepest in the U.S. Meet up with guides at Kent Mountain Adventure Center in Estes Park.

Be one of the first to stay in Schweitzer‘s 31-room Humbird Hotel, a ski-in, ski-out property built with cross-laminated timber that includes a restaurant, bar, and lounge in the northern part of the state. Or you can stop by Tamarack Resort‘s newly constructed four-story alpine village to check out the beer garden, restaurants, plus retail and rental shops. A coffee shop and grocery store round out offerings for guests who stay in the turnkey condos on the top floor of the property just west of Cascade Lake. At the Montana border, Lookout Pass will debut expanded trails accessible via snowcat, and further south, frequent Bogus Basin guests will notice a food truck dishing out grilled cheese and soups at the base of the mountain, according to Ski Idaho.

Modern alpine luxury will abound at the Montage Big Sky resort slated to open this winter, from guest-room views of the snowcapped Spanish Peaks to the indoor pool, where you can relax before or after a rejuvenating facial at the spa. Additionally, renovations will debut at Big Sky Resort’s Huntley Lodge and Summit Hotel, where more than 200 guest rooms each will boast a refreshed airy aesthetic. Plus, expect a new high-speed chairlift on the mountain.

Pull on your skates because Taos Ski Valley is welcoming an ice rink, affectionately known as the Eis Haus. To add to the holiday mood, you’ll be able to reserve a sleigh ride to The Bavarian Restaurant on Friday and Saturday nights. Snuggle under blankets as a snowcat whisks you midway up the mountain for a pre-fixe wine dinner.

Slated to open in January, Pendry Park City is nestled at the base of Park City Mountain and features a rooftop pool. Dine at the Japanese-American restaurant, or what’s billed as an “upbeat disco pizza concept.” At Beaver Mountain, beginners will encounter a centrally located yurt designed to help connect with instructors. You’ll also find four new trails at Nordic Valley, plus a new lift there as well as at Sundance Mountain Resort. At Snowbasin Resort, more parking spots mean less time in the car and more time on the slopes!

Jackson Hole’s natural beauty is at your fingertips outside The Cloudveil, a modern mountain hotel situated just south of both Grand Teton and Yellowstone national parks. In addition to 100 guest rooms, the hotel is home to European restaurant The Bistro and a rooftop terrace.