Cracking open a few briny bivalves is the definition of affordable luxury. So go ahead and indulge, even if it’s a party of one this year. 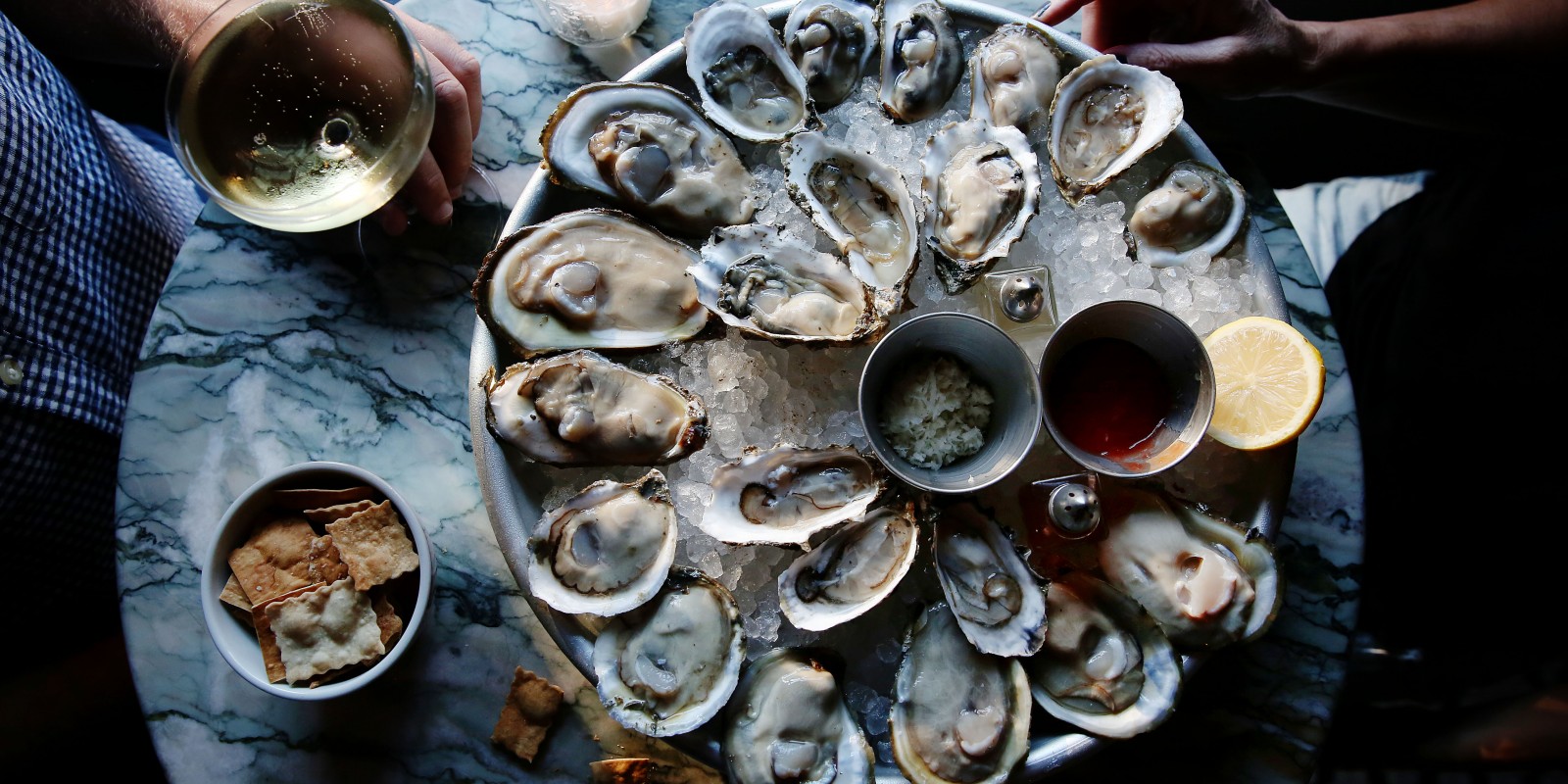 After years of every day (and night) basically being casual Friday, wouldn’t it be nice to have a slightly swanky evening for a change? You don’t actually have to dress up, but putting something a little extra-special on the table might really elevate New Year’s Eve, even if you’re staying in.

What should that splurgy treat be, though? Sparkling wine and caviar are traditional for taking a party to the next level, but for an indulgence that’s a little more affordable and locally sourced, try oysters. The wildly popular bivalves can be presented in myriad ways, each imparting a taste of luxury to your soirée. So try them raw, smoked, or barbecued. We’ve got recipes for several different preparations below, and guide you to various accompanying mignonettes, from ginger/shallot to cranberry.

Whatever flavor profile you choose, we hope a little taste of luxury gets your new year off to a good start.

Chef Alex Hong, inventor of this recipe, comes by his love of the offbeat ingredient sorrel honestly: He’s the executive chef at a restaurant by the same name in San Francisco. Makes enough sauce for 12 oysters.

Doug Lipton of Healdsburg Shed in Northern California shucks local Hog Island oysters to order for guests at Thanksgiving, serving them with this bright sauce and a French Champagne like Larmandier-Bernier “Longitude.” If you don’t want to shuck oysters yourself, order them on the half-shell from a fish market. The mignonette makes enough for about 4 dozen oysters.

These oysters, from Ashley Rodriguez’s cookbook, Let’s Stay In: More Than 120 Recipes to Nourish the People You Love, provide a festive way to start a party with very little effort. Cranberries add a colorful tart punch to the typical shallot mignonette topping.

Smoked Oysters on the Half “Shell”

Perhaps the ultimate retro cocktail party snack, smoked oysters are something people either love or hate. If you love smoked oysters, you will go gaga over these–which we’ve updated by gently laying each tender, succulent smoked oyster on a crunchy potato chip, with a dab of sour cream and a sprinkle of pungent chives to round out the flavors and textures.

Oysters on the Half-Shell with Grapefruit Granita

This sparkling, vodka-laced granita has a peppery kick that sets off the briny sweetness of a good West Coast oyster. Prep Time: 15 minutes, plus 3 hours of freezing time. Notes: You can make granita up to 3 days ahead. Re-rake with fork before serving. Also, if you’re serving the oysters on a buffet, serve on crushed ice with the granita in a bowl alongside, also on ice.

This barbecued oysters recipe is from Dory Ford, former executive chef at Portola Restaurant at the Monterey Bay Aquarium.

Sparkling Wines to Celebrate with This Holiday Season