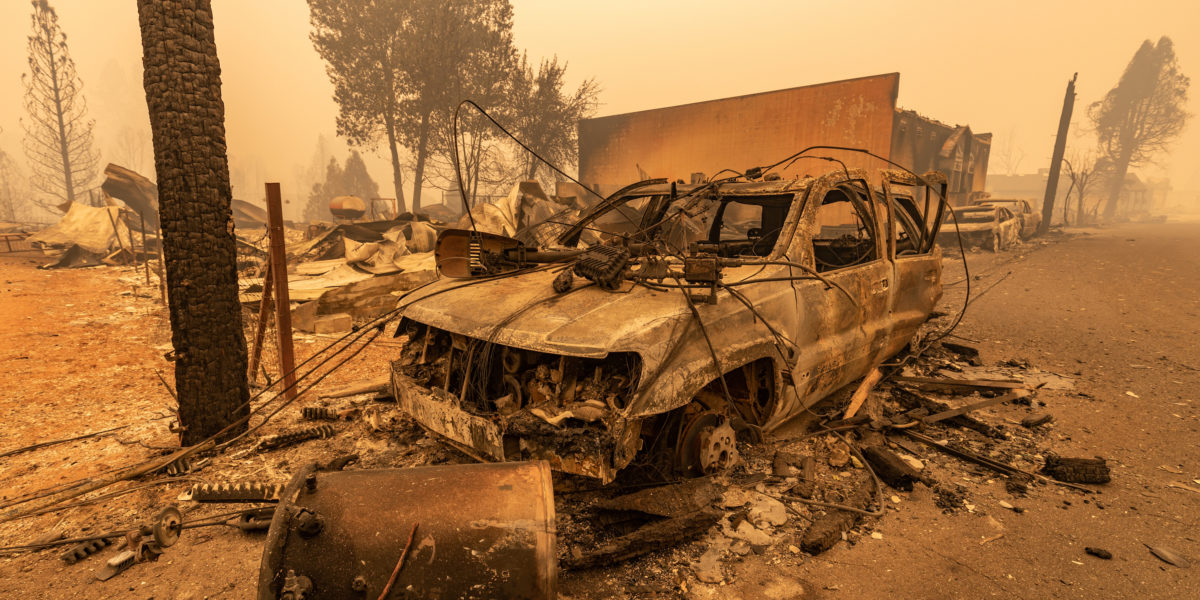 One of the most extensive climate reports ever conducted is painting a dire picture of humanity’s “unequivocal” damage unleashed upon the Earth, and few places are bearing the brunt of that industrial deterioration more than the West.

Hundreds of independent climate scientists from 66 different countries cited nearly 14,000 studies in the 4,000-page report, which was then signed by 195 different governments. In the end, every contributing party to the United Nations-led Intergovernmental Panel on Climate Change came to the same conclusion: Greenhouse gas emissions by our species have catalyzed a climate currently hotter than any other period during the last 125,000 years.

Today’s climate, the report showed, is 1.1 degrees Celsius above pre-industrial temperatures. That trajectory, however, has spiked dramatically in recent decades—aided by a titanic fossil fuel industry—with researchers suggesting current rates of human emissions of greenhouse gases could contribute to a 1.5-degree Celsius increase by 2040.

Such temperature escalation will inevitably result in a surge in devastating heat waves, droughts, and wildfires, researchers say, as residents all over the West can already attest.

In California, for example, six of the state’s seven all-time largest fires have occurred within the past year alone. Even as far North as the British Columbia town of Lytton, June temperatures reached 118 degrees Fahrenheit, hotter than the highest-ever recorded temperature in Las Vegas.

But droughts and fires aren’t the only catastrophes that could be exacerbated by a warming climate. Intensified rainfall and flooding are anticipated in higher latitudes, while rain-heavy subtropic areas are expected to endure unprecedented drought.

Dwindling ice in the Arctic, a region warming twice as fast as the rest of the world, is expected to give rise to higher sea levels that render coastal erosion and flooding, the report said, while ocean waters simultaneously acidify and lose oxygen. “Extreme sea level events that previously occurred once in 100 years could happen every year by the end of this century,” the report warns.

And yet, melting Arctic sea ice is just one part of the greenhouse emission equation in our planet’s most extreme environments. On land, the warming climate is uncovering greenhouse gases that for millennia were stored in a now-thawing permafrost.

A January 2020 study conducted by the Yale School of the Environment estimated that nearly “2.5 million square miles of permafrost—40 percent of the world’s total—could disappear by the end of the century.” Another study found that similar permafrost buried under the Arctic Ocean contains 560 billion tons of organic carbon and 60 billion tons of methane.

“This report is a reality check,” the IPCC’s research co-chair Valérie Masson-Delmotte said in the study. “We now have a much clearer picture of the past, present, and future climate, which is essential for understanding where we are headed, what can be done, and how we can prepare.”

Still, researchers did provide some optimism, suggesting that an unfaltering reduction in carbon emissions and greenhouse gases could neutralize temperature spikes in 20 to 30 years.

“If global net negative CO2 emissions were to be achieved and be sustained, the global CO2-induced surface temperature increase would be gradually reversed but other climate changes would continue in their current direction for decades to millennia,” the study’s authors wrote. “For instance, it would take several centuries to millennia for global mean sea level to reverse course even under large net negative CO2 emissions.”

How an internationally unified undertaking of this scale will be achieved remains the question, especially when CO2 emissions are expected to reach record levels in 2023 after a brief inactivity-induced lull courtesy of pandemic lockdowns.

Simon Lewis, professor of global change science at University College London and University of Leeds, noted in an opinion piece for The Guardian that a problem of this scale will not be remedied by one sweeping policy, but rather through a multifaceted, relentless assault on fossil fuels in the name of preserving our livelihood.

“Target the [fossil fuel] industry directly, join broad social movements to secure the political changes needed to end the fossil fuel era and make changes to reduce our demand for fossil fuels,” Lewis wrote. “That might mean asking your pension provider to divest from fossil fuels, joining the next Extinction Rebellion protest, or replacing your polluting gas cooker with a modern electric one. In this, there is a role for everyone.”

From political elections to automobile and home appliance choices, slashing emissions to net zero is ultimately in the hands of humanity. So, too, is our ability to make the subject a daily priority. Failure to do so will only add to our growing list of irreversible damages.

“We should be bringing this up at home, at work, at school, and with our friends,” Lewis added.