Where to See Wildflowers This Season

The best places to catch the West’s stunning blooms this spring. 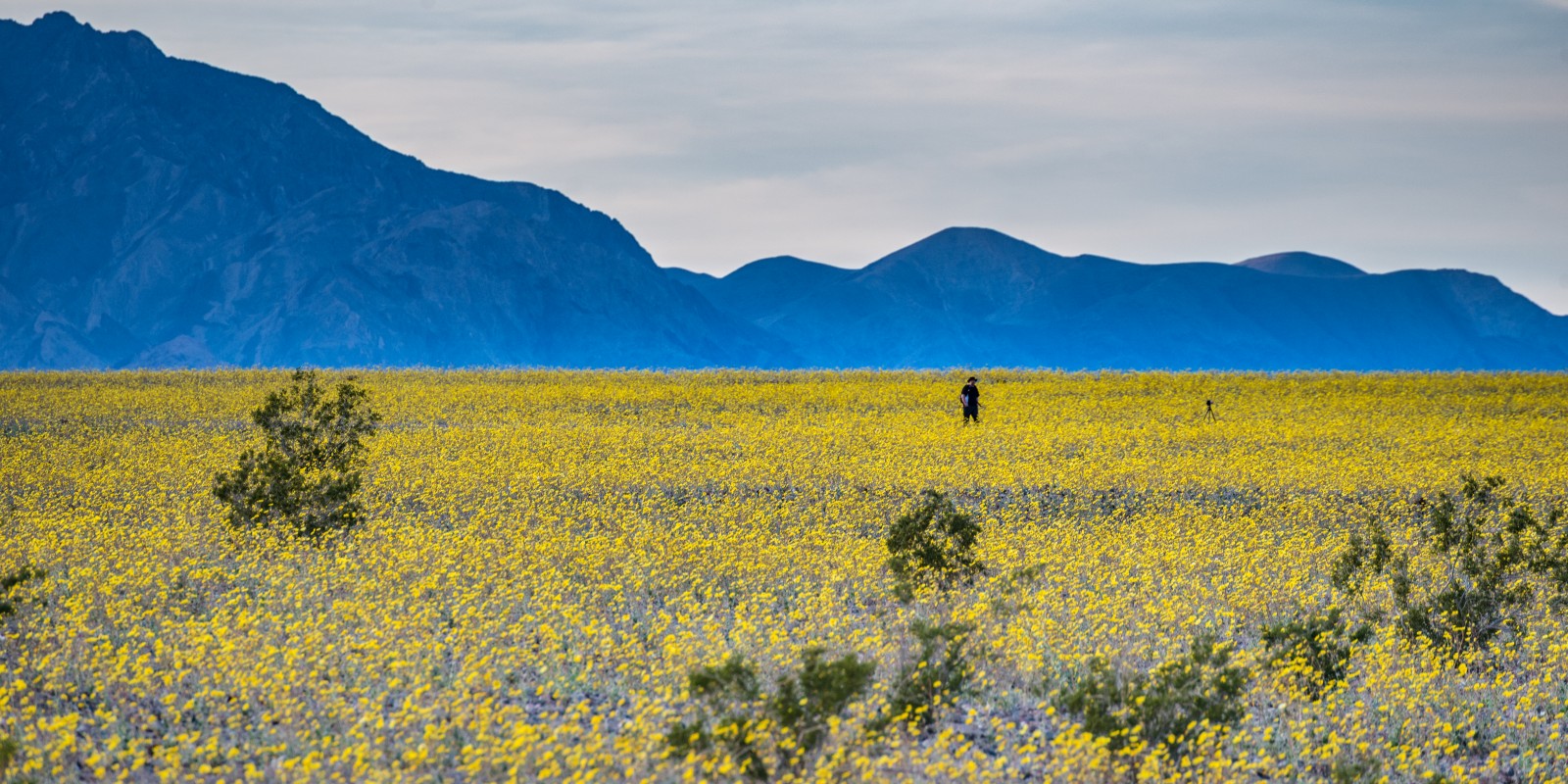 This winter may have been drier than some years, and probably won’t bring record-setting wildflower superblooms to national parks and fields in the West, but that doesn’t mean you won’t be able to spot gorgeous blossoms this spring. As temperatures continue to rise, wildflower season is in full swing. Here are some prime spots to catch the blooms.

Set along the Puget Sound near Bellingham, Anacortes Community Forest Lands holds old-growth forests filled with native berry shrubs that bloom from February to August. Among these, Indian plum, red flowering currant, salmonberry, and red huckleberry are ones to watch for. Later in the spring and into summer, orange trumpet honeysuckle hangs from the trees overhead, and wild Lily of the Valley and coral root orchids blossom underfoot. The real treat is a trek through bald meadows on Fidalgo Island’s Sugarloaf Mountain, where hiking trails give views of spring gold, blue-eyed Marys, fawn lilies, Western buttercup, and red Indian paintbrush. Take a guided hike through the 2,700 protected acres, led by a local steward of nonprofit The Friends of the Forest.

Tom McCall Preserve, 231 acres of grassland along the Columbia River Gorge, is home to 300 species of plants, and grants you stunning views of Mount Hood and the Columbia River. Every spring, starting in late February, it’s also home to one of the most incredible wildflower displays in the state. Keep an eye out for grass widows, prairie stars, shooting stars, lupine, and Indian paintbrush. The grasslands are also home to four plant species unique to the River Gorge—Thompson’s broadleaf lupine, Columbia desert parsley, Thompson’s waterleaf, and Hood River milkvetch. Catch the blooms along the Rowena Plateau, near the edge of the River gorge, along a 3.6-mile round-trip hike.

California’s golden coast has long been famed for its poppy-filled plains. Antelope Valley California Poppy Reserve, a state-protected reserve of Mojave Desert grassland in northern Los Angeles County, offers 8 miles of hiking trails through rolling hills of golden poppies,  lupine, and coreopsis, from mid-February to mid-May. Though National Weather Service and Park Service officials aren’t confident that rainfall will increase significantly enough in the coming month to warrant another superbloom, the reserve is known for consistent poppy displays each year.

Colorado’s sweeping plains and mountainsides are prime for wildflower viewing, especially at the popular Roxborough State Park, 3,245 acres of wild land just southwest of Denver. Naturalist Ann Sarg suggests visiting the park to catch blooms in May, when natives like Nelson’s larkspur, nuttall violet, sand lilies, and mariposa lily bloom along paths like the Willow Creek trail. She also says some natives, like the spring beauty, have already begun to bloom, and that late-blooming varietals like porter aster and Liatris pop up later towards summer. Fellow naturalist Susan Dunn suggests arriving earlier in the morning for flower hikes in order to take advantage of cooler temperatures, and also recommends that visitors hop on the RoxRide, a five-passenger cart driven by a naturalist who can point out the blooms along the way during spring weekends.

You might not expect wildflowers to bloom in the deserts of Arizona, but the Desert Botanical Garden in Phoenix showcases dry-weather flowers that can be found across the state. Prime viewing time in the gardens starts in early March, when they fill with desert wildflowers like firecracker penstemon, blackfoot daisy, and Mexican gold poppies, along with blossoming cacti, which bloom along the popular Harriet K. Maxwell wildflower trail.

Just an hour outside of Phoenix, the Boyce Thompson Arboretum is a 323-acre state park committed to the study of drought-tolerant, desert-happy plants from all over the world. Come mid-March, spring flowers like desert marigolds, brittle brush, and perry penstemon fill the park’s several gardens with color, and native milkweed attracts monarch butterflies. After April, the park’s collection of cacti, which include ocotillo, yucca, hedgehog, saguaro, and aloes, share their regal blooms.

7 Spring Flings in the Northwest

5 Ways to Enjoy Spring in the Rockies