Find the Best in Bend 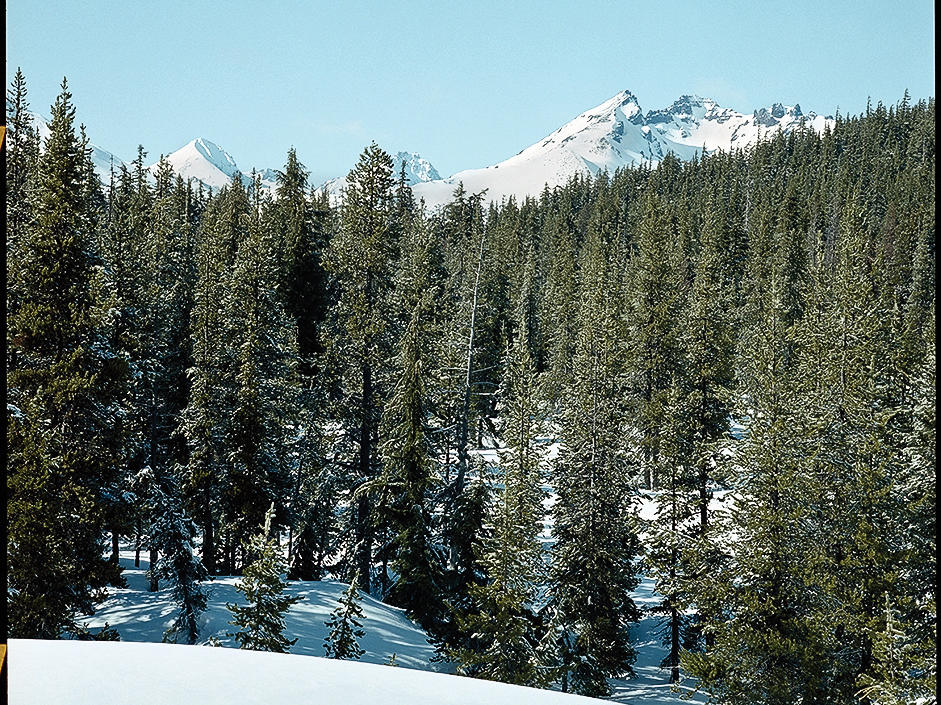 “Whoever visits Bend, moves to Bend,” people warned. So frequently, in fact, I took it to be the official motto of this always sunny central Oregon playground―a blessedly bipolar high-desert home base, where you can trail-run along the rushing Deschutes River in the morning and hit the snowy slopes of Mt. Bachelor in the afternoon. My kind of town.

Exactly why my husband was a little worried when I took off with two girlfriends for a fun winter weekend. “You’ll either never come home or have us packing when you do,” he joked.

He knows I fall in love fast―with places, that is. And though I’ve been firmly planted in San Francisco for the past 10 years, I tend to talk a big game whenever we travel―which, as a travel editor, is often. I’ve considered everywhere from Bozeman to Santa Fe. Just back from two weeks of honeymooning in Italy, Tuscany is now on my running la-la-land list.

But given Bend’s recruitment record, this trip seemed serious. I might really love this landlocked town enough to join the flocks of outdoorsy urban professionals, young families, and nimble retirees who’ve been relocating here in droves.

Bend’s population has skyrocketed in the past few years (75,290 at last count), as have its once ridiculously affordable home prices (2006 saw a 30 percent one-year increase―the highest in the country, according to The Economist). And, of course, all that arguably good stuff has followed: wine bars and martini bars, day spas, bakeries, and a burgeoning restaurant scene worthy of any big city.

Still, despite the influx of Californians and fancy cars, Bend remains a decidedly unpretentious, Carhartt-clad community, where folks prefer moonlight snowshoes over movies, and unfussy hotel rooms run about $100 a night.

From the moment I land, my own wheels start turning. Redmond airport is like the West Coast’s version of Wings, where people are smiley and bags tumble out straight away. My rental SUV is steps from the exit and shockingly affordable. I cruise into Bend in 20 minutes flat.

Our home is McMenamins Old St. Francis School, a Catholic school turned hotel. Our storybook-sweet cottage, the Friary, has three bedrooms, a kitchen, and wood-burning fireplace. With its sunny porch and grassy yard, we feel like we live here, if only for the weekend.

Which helps me rationalize running an errand, on vacation, to a rather impressive REI, in the recently revived Old Mill District. (Yes, I know there are REIs everywhere, but I’m a sucker for tax-free sneakers.)

“My husband and I moved here last year from San Diego so we could have trails out our back door,” says the saleswoman, an ultramarathoner who apparently churns out 18 miles along the river like it’s a walk in Bend’s Drake Park.

Inspired, to a point, we head for the Deschutes River Trail. A 3-mile loop takes us upstream, alongside the wide, rippling black water, through a ponderosa pine forest, and over a soft, needle-strewn path and footbridge. We pass quacking ducks, great blue herons, and only one person, walking her yellow Lab.

Reports of fresh powder in the mountains put us in the mood for winter―which, we marvel, is just 20 miles west. Snow starts to pile high alongside Cascade Lakes Highway, then boom, there’s Mt. Bachelor. It’s massive and pristine. No high-rise condos or chaotic village scene. We schuss down Bachelor’s open slopes and pick our way through whitebark pine until the thought of hot toddies and a soak in the Turkish bath lures us back to our hotel.

From Sneakers to Skis

Cross-country skiing is to Bend what strolling the mall is to suburbia: the thing to do―during lunch hour, on weekends, after school. We spend the afternoon gliding along the groomed trails at Virginia Meissner Sno-Park with Justin Yax, Bend’s easygoing PR guy. Justin and his wife, Mary, moved here seven years ago and couldn’t be happier. Or healthier. “We wanted to get to Bend so badly, we both quit and moved here without jobs,” says the sort-of active Seattleite turned avid cross-country and alpine skier, road and mountain biker, fly-fisherman, and golfer. “It just happens here,” he laughs. “I’d never competed in anything before in my life. Next thing I know, I’m doing triathlons.”

Even the people who aren’t getting paid to talk up Bend, do. On a naturalist-led snowshoe through old-growth hemlock, we meet a woman originally from Oakland. “My only regret is not moving here earlier,” she says. Is she some sort of plant?

By the end of the weekend, I’m starting to catch myself veering toward for sale signs and picking out my would-be coffee shop, my future friends, my hangouts.

Bend Brewing Co. is my favorite of the five microbreweries. But at the Old Mill Martini Bar, the blackberry-muddled martinis with locally distilled vodka taste pretty good too. As does the wine and cheese at Portello Wine Cafe, where we park between two Porsches.

Despite such increasing pockets of city swank, I’m reminded the next day that Bend is still a small town after all. We drop by Maragas Winery’s two-stool tasting room, where we meet soft-spoken, silver-haired Jim Young. Turns out he’s a former mayor of Bend. And yet another transplant―a pioneering one at that, having moved here back in the ’80s.

“I was on a motorcycle ride from San Francisco up to Canada,” he recalls over a juicy Zinfandel. “I just happened to pull over in Bend. This place is unbelievably beautiful, I thought, with the desert to the east, the mountains to the west. I came right back with my things―and have never left.”

IF YOU LOVE BEND …
These outdoorsy havens might hook you too

Twelve thousand Montana State University students can’t be wrong: The Bozone (as locals call it) has college culture, a newly vibrant historic downtown, and near-instant access to world-class hiking, camping, and fishing. And Yellowstone National Park is 90 minutes away.

Think of it as Aspen for the rest of us. Just 30 miles down the valley from the West’s most glam mountain town, Carbondale boasts similar scenery ― and, recently, a restaurant scene on par with Aspen’s.

It’s Arizona ― but don’t think cactus, think ponderosa pine. Forget golf; here you get great hiking and mountain biking. It’s a college town, a Grand Canyon gateway (90 minutes away), base camp for the Southwest’s rafting community, and a haven for stargazers.

Ski Without the Scene in Oregon