“COVID is terrible and has inflicted so much pain. But it’s also brought us back to understanding what’s truly important.” 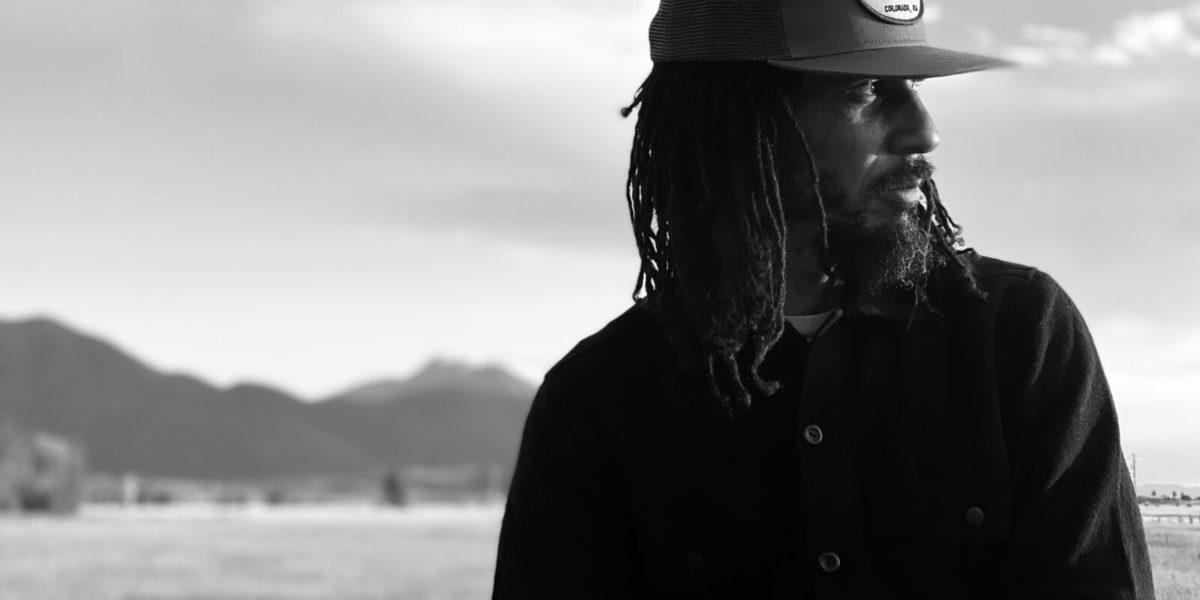 Kina Pickett was boondocking deep in southern Utah with his family when the former professional downhill skier decided to hit the nearest town for a routine resupply.

But leaving the isolation he, his wife Nellie, and their two children, Ashur and Story, had been enjoying in Utah’s Canyonlands revealed a dire state of affairs unlike anything they had left behind.

“In Moab they were just kicking everyone out,” he told Sunset. “I went up to get food and they were already closing the county down.”

Living in their recently purchased Airstream in remote Utah, Kina and his family had missed the arresting news that was ensnaring the rest of the world: The novel coronavirus had arrived stateside and was spreading like wildfire.

The wary family of four — and dog — wasted little time packing up the camper and drove home to Bozeman, Montana, where they planned to ride out the unknown. But the combination of their capable camper and the recent immersion into wild environs had already left an indelible mark.

“That was when we really got the bug,” Pickett said. “And then once I realized I was going to be working from home, we decided it was a good time to go ahead and start this crazy adventure.”

As chance would have it, Kina’s most recent professional venture, a collaborative content sharing platform he created called ZPPR, allows him to work from anywhere.

So, Kina and Nellie readied the camper once more and got back on the road, where they’ve been ever since, meandering first through their favorite spots in Montana, secluded surroundings in the Pacific Northwest and throughout the South, east through the Appalachian mountains of Virginia and North Carolina, and setting a course for the white sand beaches of northwest Florida.

In isolation Pickett and his family quickly grew accustomed to a modified sense of normality difficult to attain for those preferring big city life, one that was abruptly transformed in the post-COVID landscape. A longstanding background in the outdoors for both Kina and Nellie, who grew up in remote northern Montana, only strengthened their commitment to keeping safe off the beaten path.

“You Learn So Much on the Road”

The off-the-grid lifestyle has come second nature to Pickett.

The Vermont native grew up in the outdoors, encouraged by a mother, herself a skier, to spend time out of the house and away from the technological distractions that envelop so many. Memories of camping and of being in tents, Kina said, are some of the earliest he has.

Such a childhood, followed by 13 years of professional skiing, only intensified Pickett’s desire to explore sights and cultures from all over the globe.

“Once I started traveling, I couldn’t stop,” he said. “I was addicted to it and I learned a ton.”

So, when the time came for Pickett to start a family of his own, it was natural to encourage his own children, now ages 4 and 6, to do the same.

“Ever since the kids were about a month old, we’ve been camping just about every weekend,” he said. “You know, it was something my wife and I really enjoyed and love. So, we just kept doing it, and then before you know it, the kids got bigger and then we got a dog and I thought, ‘It might be time to get a camper.’”

Purchased from a former park ranger, the fully-loaded 1970s Airstream came in “immaculate shape,” Pickett said. Multiple solar panels, an inverter, and a composting toilet now enable stays in remote destinations that, outside of the occasional resupply run, rarely require frequent mobility. That option to remain in one location for at least a week has been beneficial in providing Kina’s children the opportunity to thoroughly enjoy their surroundings, he said.

“One of the biggest things we started realizing with young kids and camping is that they easily become entertained by the world around them instead of requiring entertainment from parents,” he said. “You open up the door and they’re running down the beach, or they’re throwing rocks in the river. That brings you closer as a family because you’re able to actually watch your kids interact with the world instead of being stuck in a house.”

One method Kina and Nellie have used to further that outdoor interaction is their children’s education. Pickett’s mother, a 40-year educator, worked with the family to tailor a curriculum for Ashur that combines books with experiential learning and geographically-based education.

“In Virginia, for example, we stopped in Chincoteague and saw the wild ponies and learned all about the legend that they are the descendants of the survivors of a Spanish shipwreck hundreds of years ago. Ashur’s going to remember that because he was physically there instead of just reading about it in a book.

“You learn so much on the road.”

Because of COVID-19, families like Pickett’s are camping and road tripping at an all-time high. In fact, public interest in the outdoors saw an unprecedented spike in the immediate months after the nation locked its doors due to the pandemic.

The Dyrt, a top-ranked campground search app by the iOS App Store and Google Play, reported in June that the app’s user traffic climbed 400 percent from that same time last year. Similarly, paid memberships on the camping app, which now boasts more than 15 million users, increased by 500 percent, a trend that coincides with the most significant surge of Google “camping” searches in nearly a decade, as nomads continue to recalibrate the way they scratch their travel itch.

Pickett, like so many who already spent much of their time in the outdoors, admitted to having some initial apprehension about the rush of inexperienced travelers, but his perspective has since shifted.

“Part of me was thinking, ‘All these people are now crowding places that we love.’ But at the same time, it’s good to see them actually putting the phone down for five minutes and interacting face-to-face,” he said.

“I’ve talked to so many people who discuss not really knowing what their kids have been up to because of the lack of interaction, the amount of work, hobbies, distractions, sometimes to no fault of their own. But now I have friends who are getting more involved with their kids. So, there’s a silver lining. Yeah, COVID is terrible and has inflicted so much pain. But it’s also brought us back to understanding what’s truly important.”

“It Enriches Your Life”

Shifting priorities in the lives of so many have coincided with a mass exodus of various industries from the traditional office space.

Like the explosion of camping interest, nomadic lifestyles are more appealing than ever for employees with newfound remote options. For those toying with the idea of a nomadic overhaul, Pickett offered a simple piece of advice: “Just try it.”

“If you have the ability to work from home, why wouldn’t you?” he said. “Sure, it can be a little daunting. Sometimes towing is a pain when you’re in cities and stuff, but it’s really not that hard. If I can do it, anybody can. Just try it, because it enriches your life in ways you can’t even imagine.”

Figuring out the work-life balance on the road can also prove difficult, Kina admitted, but as long as there’s discipline to dedicate blocks of time—Kina works during a set time in the morning, a block in the afternoon, and again when the kids go to sleep—remote work can be accomplished from anywhere.

Family expectations must also be managed, he said, but the return to the outdoors as a unit is exponentially worth every minor hiccup a family might encounter.

“For a long time we’d lost that connection to nature as a culture, and what that return brings us, especially as a family, is so enriching. It’s a reconnection to what matters and the things we’ve taken for granted.”

These experiences are the riches that matter to Kina, Nellie, Ashur, and Story. If the rest of the world begins to acknowledge the same, we’ll be all the better for it, he said.

“All you have at the end of this is your stories, right? I want my kids to have these experiences and these stories that they can pass down. And they’ll remember us for that.”