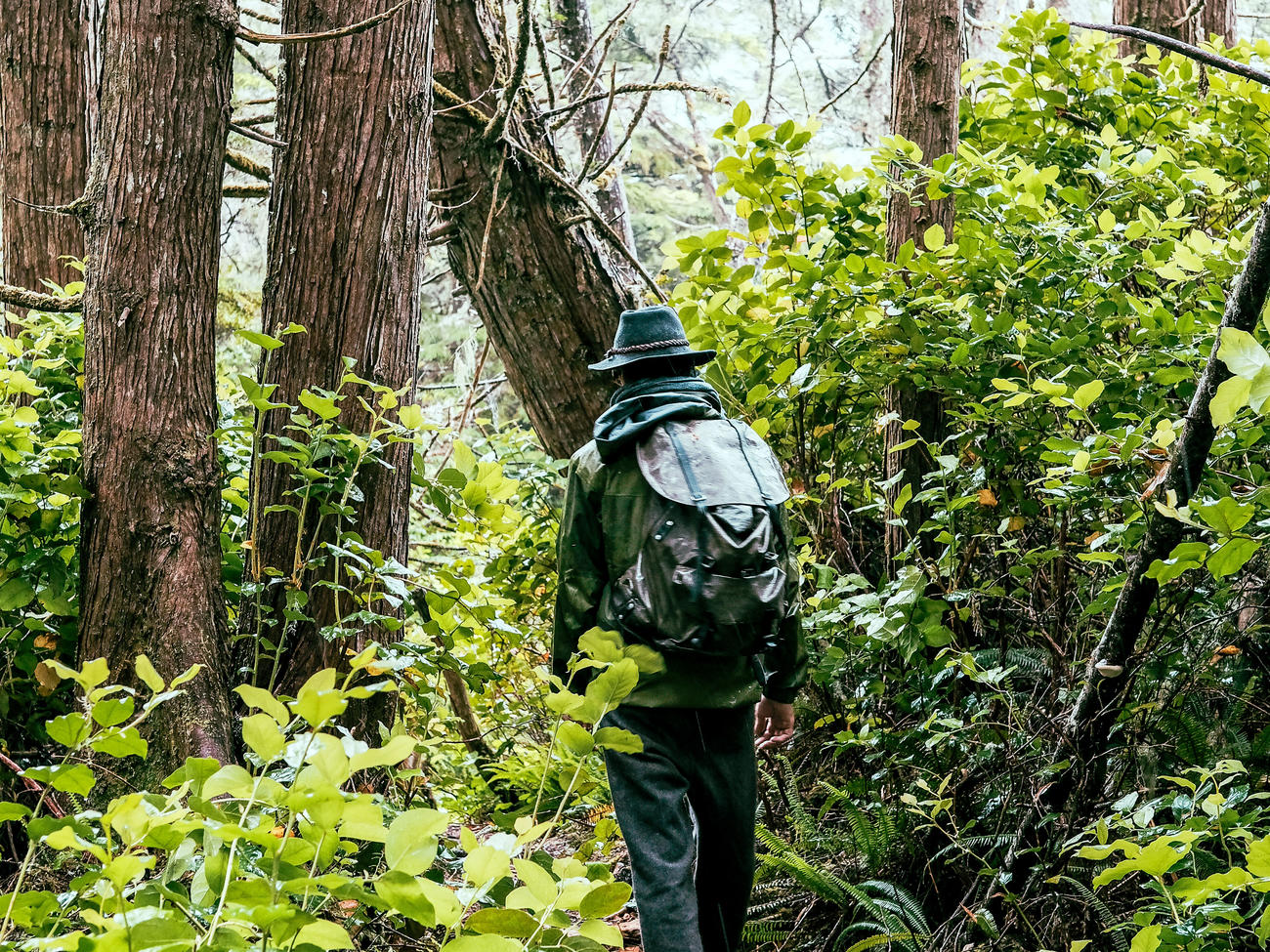 Many major airlines serve Victoria, Vancouver Island’s largest city; from there, it’s a four-plus-hour drive to Tofino. Or, fly into Vancouver, head north to Horseshoe Bay, hop on the ferry to Nanaimo, and drive over to the western side of Vancouver Island on Highway 4. If you’re in a hurry, Orca Airways and KD Air offer regular flights from Vancouver International Airport’s South Terminal right into the Tofino/Long Beach Airport; there’s a small Budget car rental office on site too.

Stay:  To Tofino and Beyond

Give yourself just three days and you can cover quite a bit of ground here, from top-notch restaurants to gentle forest walks to sparsely inhabited islands only accessible by watercraft.

7 A.M. Wake up at the four-room The Francis Boutique Inn (from $160 U.S.; thefrancis.ca) in downtown Ucluelet. 8 A.M. Head south to Coast Guard Road and hike the 1.6-mile Lighthouse Loop of the Wild Pacific Trail (wildpacifictrail.com). 10 A.M. Down by the docks, Zoë’s Bakery & Café (zoesbakeryandcafe.com) is a wonderland of pies, muffins, breads, and galettes. 11 A.M. The Ucluelet Aquarium ($11 U.S.; uclueletaquarium.org) is the place to get up close with North Pacific sea creatures.
Thomas J. Story
Oysters at the Ravenlady
1 P.M. It’s all about oysters at the Ravenlady (ravenlady.ca) food truck; get them smoked, fried, and steamed in the Oyster Trio. 2 P.M. On your drive north to Tofino, stop at Pacific Rim National Park Reserve (parkscanada.gc.ca). The Schooner Cove trail winds through the rain forest, then dumps you out on a magnificent beach. 5 P.M. Check into Ocean Village (from $80 U.S.; oceanvillageresort.com) or the Wickaninnish Inn (from $322 U.S.; wickinn.com). The inn’s ocean views, stunning shorefront dining room, and luxurious spa make it Tofino’s ultimate hotel stay.
Thomas J. Story
The quirky digs at seaside Ocean Village
6 P.M. A laid-back gem, SoBo (sobo.ca) hits the spot with fresh seafood and a hearty smoked salmon chowder.

8:30 A.M. A spruce-infused oil massage at the Ancient Cedars Spa (wickinn.com) will make you feel like you’re melting into the forest. 10 A.M. Fuel up like many a Chesterman Beach surfer with a rich cappuccino and a flaky breakfast pastry at Tofitian Cafe (tofitian.com). 11 A.M. As soon as the Tacofino (tacofino.com) food truck opens, hop in line and pack a carnitas burrito in your bag for later. 12:30 P.M. Zip over to Tofino Sea Kayaking downtown for a guided paddle to the Big Trees Trail on Meares Island (from $55 U.S.; tofinoseakayaking.com). 4:30 P.M. Grab the keys to a room at Middle Beach Lodge (from $104 U.S., middlebeach.com) and dry off. A short walk from MacKenzie Beach, it features two big lounges where guests meet and mingle over evening beers and board games. 5:30 P.M. A warming bowl of ramen and some Japanese snacks at Kuma (kumatofino.com) will scare off any lingering ocean chill.
Thomas J. Story
A cocktail at Kuma

9 A.M. Catch a boat via The Whale Centre ($100 U.S.; tofinowhalecentre.com) and  visit the warm pools at the remote Hot Springs Cove. 2 P.M. Back on shore, step into the Eagle Aerie Gallery (royhenryvickers.com) to see work from Roy Henry Vickers, one of B.C.’s most beloved artists. Then hit up Piña (pinastyles.com), Habit (250/725-2906), and Salt (250/266-0556) for clothing and gifts. 5 P.M. Throw back a refreshing Tuff Session Ale or a flight at Tofino Brewing Company’s (tofinobrewingco.com) no-frills warehouse tasting room. 6:30 P.M. For a final crescendo, devour a Vancouver-Island banquet featuring local fish, foraged mushrooms, and vivid cocktails at Wolf in the Fog (wolfinthefog.com).

Get away to B.C.’s Okanagan Valley