For the best Chinese food this side of the Pacific, point your chopsticks toward Richmond, B.C. 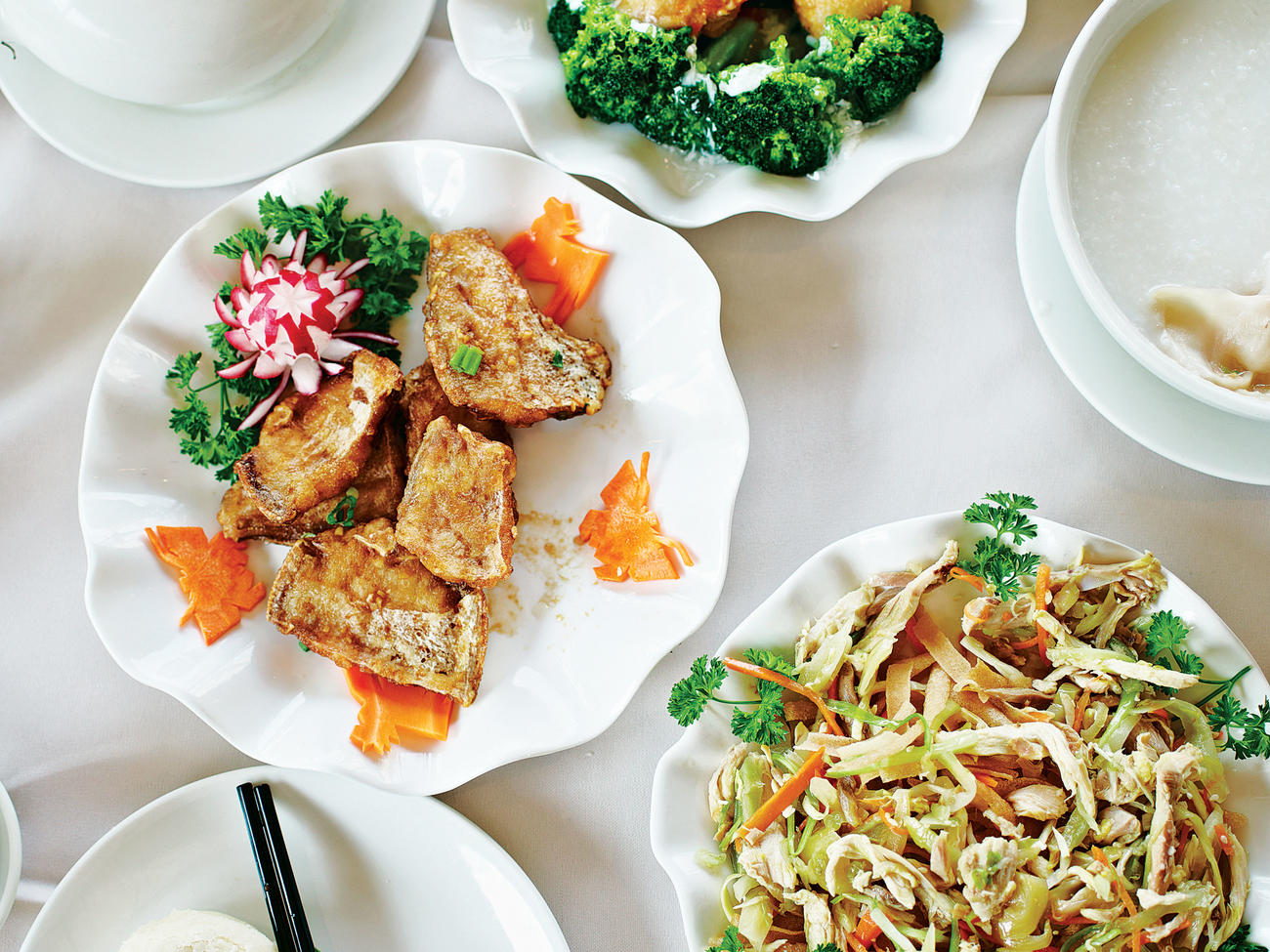 It’s no secret that Vancouver, British Columbia, has out-of-this-world sushi. ​

But that bustling suburb 20 minutes south? Home to Asian supermalls, multilane boulevards, and Canada’s largest population with Chinese ancestry? That’s Richmond—a glossy kind of Chinatown and nirvana for adventurous eaters, with dim sum, steamy noodle houses, kitschy all-night Asian cafes, and formal seafood palaces worth a drive. A train ride. Even, we promise, a flight (the Vancouver airport is in Richmond).

However you get there, just be sure to arrive hungry. And for some local guidance, from Richmond-raised (now Seattle-based) food blogger Lorna Yee, have this almost edible cheat sheet in hand.

A dawn-to-dark guide to eating in Richmond

One bite of a “pineapple” red bean bun from Saint Germain Bakery (Aberdeen Centre, 1428-4151 Hazelbridge Way; 604/276-8378) will turn you on to Chinese sweets. The eggy dough is filled with a thin, ruddy layer of nutty bean paste and topped with a crispy sweet streusel. (Who needs a scone?)

There are a dizzying number of dim sum places in Richmond, but Lorna has loved Cantonese-style Empire Seafood Restaurant ($$; 7997 Westminster Hwy.; 604/249-0080) for years. “We first started going here because the line at the famed Kirin Restaurant across the street was always too long,” she says. “Empire’s dim sum is creative, but it also gets the basics just right.” The translucent har gow (shrimp dumpling) is elegant, with the sweet, springy bite of shrimp inside. The barbecued pork bun comes topped with a crackling sugar crust. And while dim sum dessert can be forgettable, it isn’t here: Eat the three bite-size golden egg tarts while they’re still hot and quivering.

A key ​thing to know about Richmond ​is that there are some tasty treats hiding in its big, glassy malls. Each food court has a couple of standout vendors selling homestyle dishes like sand-pot rice. One of Lorna’s favorites is the egg ball stand at Rainbow Café ($; cash only; Park Place Mall, 1505-4380 No. 3 Rd.; 604/276-0888). Egg balls are baked in a rounded waffle iron–like device, and what emerges looks like giant golden bubble wrap. Eat it immediately to savor the contrast between its crisp exterior and its steamy, moist interior.

At ​Chef Hung Taiwanese Beef Noodle ($; Aberdeen Centre, 2800-4151 Hazelbridge Way; 604/295-9357), Lorna likes the spicy “Champion” version of the slurpy soup swimming with housemade noodles and dense velvety bits of long-braised beef shank meat. Though brick red, it’s not blindingly hot, so you can still savor the beefy, anise-scented broth. And to go with it, try the tripe, even if you’re not the tripe type—because if there’s one place on this continent to order tripe, it’s Richmond, where it’s chewy-tender and cooked with the utmost care.

Richmond’s Summer Night Market, a gathering of food-stall vendors selling skewered meats and deep-fried delights, doesn’t start till May. But tiny Taiwanese Sunway Restaurant ($; cash only; 1300-4540 No. 3 Rd.; 778/297-4363) does a better-crafted version of such late-night, finger-licking food. The “night market–style” menu has a green-onion beef roll, wildly satisfying and wrapped in a flaky savory pancake.

The city’s diversity in restaurants unfortunately doesn’t extend to lodging. We like the new Westin Wall Centre, Vancouver Airport because it’s a quick walk to the SkyTrain station, which whisks you to the major Richmond malls. And there’s a gym and pool, which, after eating your way through town, might come in handy. For more stylish digs, stay in Vancouver, where you have the Opus, Shangri-La, and Four Seasons, for starters.