The park’s history, when to visit, and how to beat the crowds 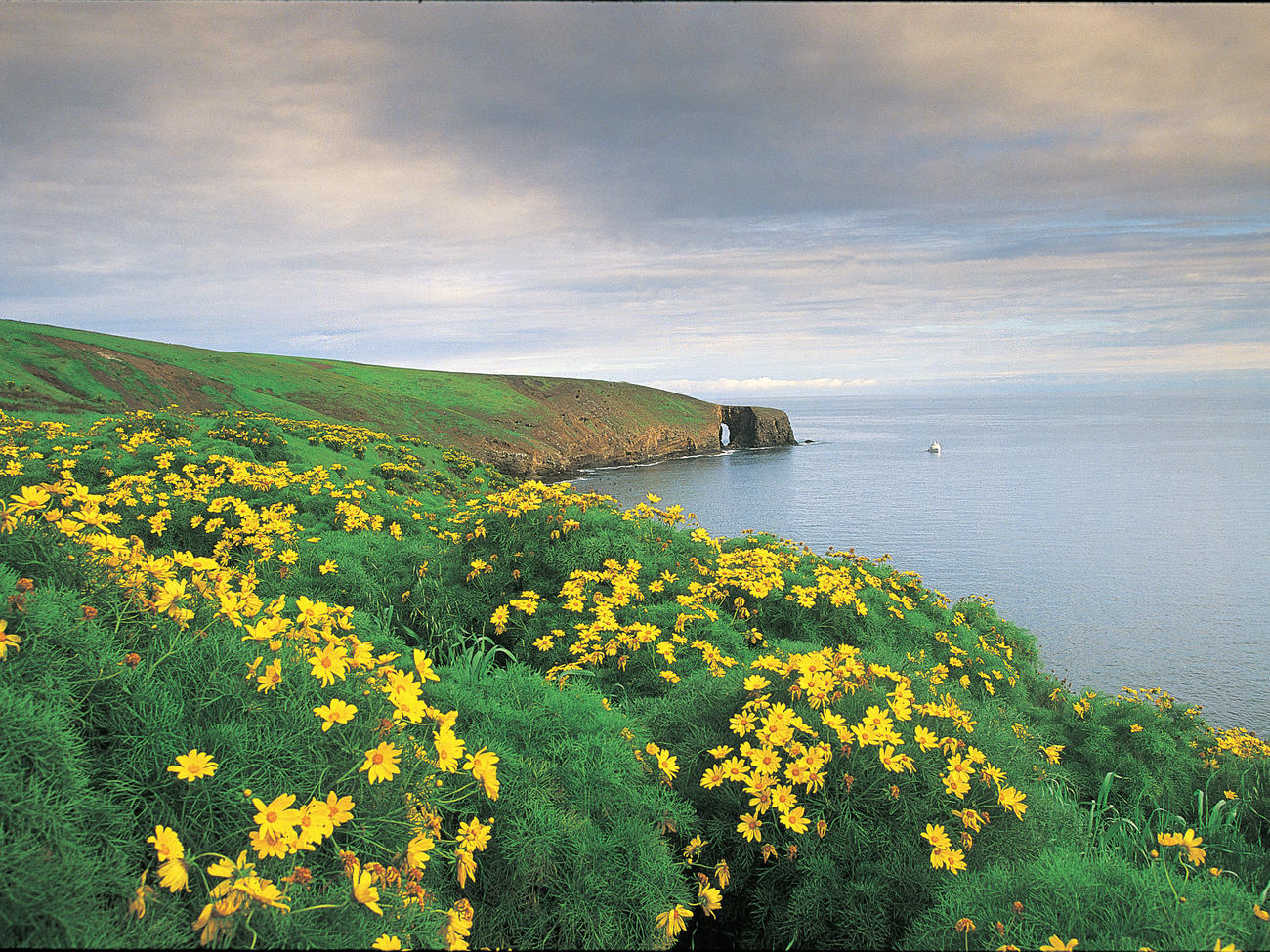 One of the big pleasures of a visit to Channel Islands is what isn’t there—people. With a mere 30,000 visitors a year (not counting visits to the mainland visitor center), the park is one of the least crowded in the national park system, even though the densely populated Southern California is a short distance away. The reason is obvious: that short distance is over the Santa Barbara Channel, which means you have to book a boat trip to get here. But that accessible isolation is what makes Channel Islands so special. Once you land you have these paradisiacal islands almost all to yourself: craggy coves, idyllic beaches, and some of the most fascinating plant and animal life (both on the islands and in the surrounding waters) anywhere in the world.

This picturesquely eroded, 40-foot high arch is so distinctaive it’s become a symbol for all of Channel Islands National Park. Best way to see it is via kayak.

About the park: Channel Islands N.P. is made up of five of the eight Channel Islands: Anacapa, San Miguel (currently closed to visitors), Santa Barbara, Santa Cruz, and Santa Rosa. (The other three?  Classic tourist destination Santa Catalina, and San Clemente and San Nicolas, both managed by the U.S. Navy.) The islands are woven in California history. Home to the Chumash people, they were visited by explorers Juan Rodriguez Cabrillo (who died here) and George Vancouver, who gave them their current name. They became a national monument in 1938 and a national park in 1980. Park status protects and honors what is one of the biologically rich environments anywhere in the world—additional protection comes from the fact that the surrounding waters have been set aside as the Channel Islands National Marine Sanctuary.  The unique species found only here have led naturalists to call the islands America’s Galapagos; the waters surrounding them are famous for tangled kelp forests and large populations of sea lions, sea elephants and numerous sea birds.

Built in 1932, this 40-foot tower was the last lighthouse to be constructed on the West Coast—and a welcome sight for sailors navigating a shipwreck-prone stretch of Pacific.

Getting there. Most people visit the islands as a daytrip, with Anacapa and Santa Cruz being the easiest to reach. Island Packers runs boats between Channel Islands Harbor in Oxnard and Ventura Harbor to Anacapa (about an hour one-way), Santa Barbara, Santa Cruz (about 60-90 minutes one-way) and Santa Rosa (three hours). For information: www.islandpackers.com. Channel Islands Aviation also flies from Camarillo Airport to Santa Rosa Island;  for information, visit www.flycia.com.

When to go: This is a year-round park, but weather varies some by season. Spring can be cool and windy. Early summer can be overcast, thanks to Southern California’s famous “June Gloom.” September and October are the most consistently sunny months, with the warmest waters for swimming and the calmest seas for the trip from the mainland. Winter can bring rains but also brilliantly clear days between storms—and it’s also when the island’s bright yellow coreopsis blooms. Whenever you go, prepare for changeable weather that can veer from calm to breezy, warm to chilly in the course of your visit.

First time essentials. Most visitors only see one island per trip. Anacapa is the closest, and its craggy cliffs and peaks are undeniably dramatic. An hour boat ride from the mainland, Santa Cruz is the largest island in California. It offers the widest variety of hiking trails, and its Scorpion Beach is the best on the islands. Note that only the eastern portion of the island is part of the national park; the western three-fourths is owned and managed by the Nature Conservancy, which allows visitors on a limited basis.  Santa Rosa is a 90-minute boat ride (and boats run only April through October) or a 45-minute flight from the mainland; it’s most famous for its stand of Torrey Pines, an ancient tree species that exists only here and on the mainland coast north of San Diego. Smallest of the islands, one-square mile Santa Barbara (a three-hour boat-ride from the mainland, April through October), is known for its colonies of sea birds, sea lions and elephant seals. San Miguel is currently closed to visitors while the U.S. Navy disposes of unexploded ordinance left over from its days as a bombing range.

Beat the crowds: This is one of the rare national parks where crowds aren’t much of a factor. You should be able to book a boat trip to one of the islands almost any time of the year, although it’s wise to reserve ahead for summer holiday weekends.