This Smart Screen Adds Visual Bonus Points to Your Kitchen

Are you a visual person? Go one step beyond a voice-controlled speaker with this new device 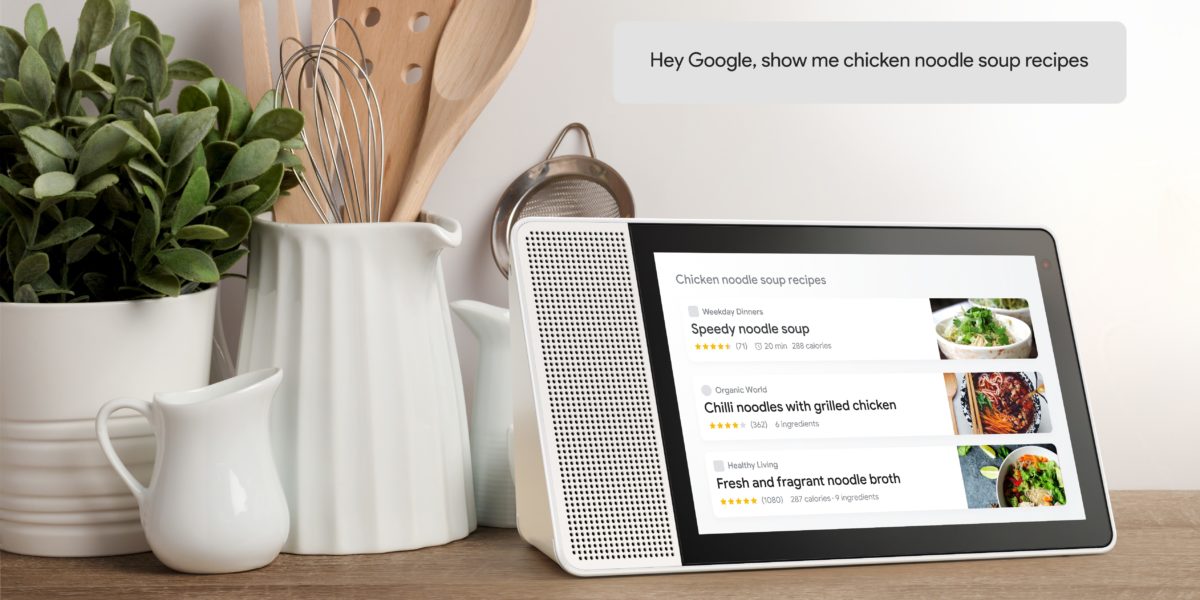 It seems tech companies are recognizing our needs as visual people, judging by the newest crop of smart home gadgets.

Always on the never-ending quest to make our lives easier,  Google released  its newest Assistant-compatible device this summer, and it’s looking like the new tech hub your kitchen counter needed.

The voice-controlled Smart Display, built by Lenovo, runs on Android software to play music, link up with your other smart home devices, and display video courtesy of YouTube on a built-in 8- or-10-inch screen. Along the same lines, Amazon recently released its version of a  screen-enabled gadget, the Echo Show, that much like its competitor, answers every question from “What’s the weather?” to “How do I make gluten-free chocolate chip cookies?”

Best of all, you won’t have to make too many mental notes. While voice-controlled speakers like Google Home or Amazon Echo make it possible for you to run your household virtually without lifting a finger, the screen adds an extra element of practicality.

Looking for a recipe? See it displayed in front of you, rather than having it rattled off verbally, while scrambling for a pen. Searching for a new restaurant? Check out images of the ambiance before committing to a reservation.

Murmurs in the tech world say companies like JBL, Sony, and LG are also working on their own versions of a smart-screen device à la Lenovo’s versions, also to launch this summer.