It's hard to tell from the rendering above just how steep the lot is for this year's Sunset Idea House. When I visited the site a few wee... 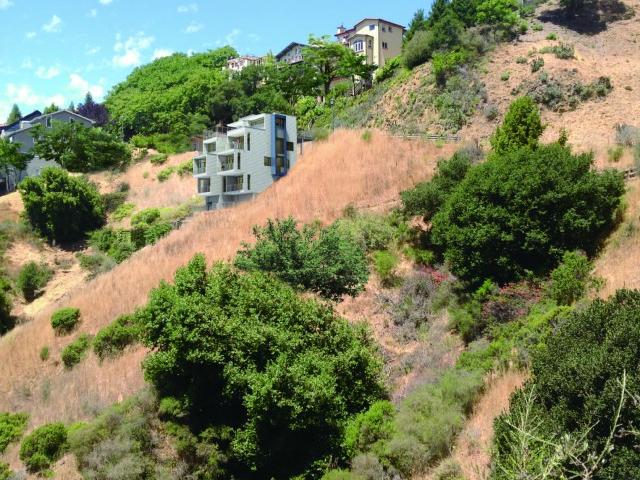 The 2016 Sunset Idea House site on the border of Berkeley and Oakland.
Written by Joanna Linberg November 1, 2017
Share this story 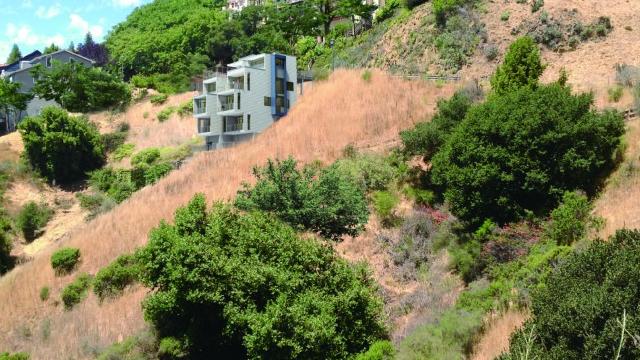 The 2016 Sunset Idea House site on the border of Berkeley and Oakland.

It’s hard to tell from the rendering above just how steep the lot is for this year’s Sunset Idea House. When I visited the site a few weeks ago and stepped to the edge, my stomach dropped. To my eye, the only way down is to rappel Bear Grylls-style. But to architect Robert Nebolon, it’s not intimidating–just a fun design challenge. Inspired by the way he’s taking advantage of the hilly landscape with cantilevered decks, we asked him to list the most challenging landscapes he’s designed around. You’ll love these floating, upside down, triangular, and propped up homes (especially if you’re a football fan–pay special attention to the first house). 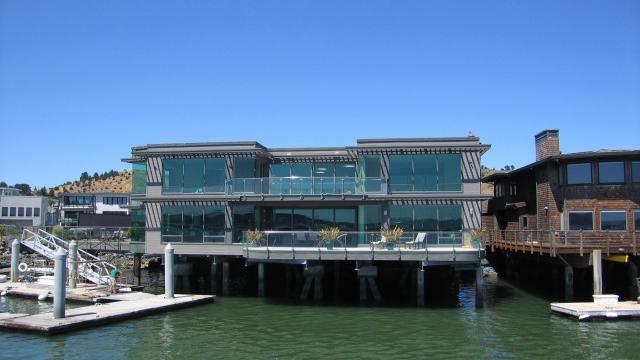 The Floating HouseYou’ve heard of underwater real estate? Well, this is it: A lot extending from a jetty on the northern side of the San Francisco Bay that’s, yes, totally submerged. Nebolon’s design props the house up over the water on concrete piers, including a large outdoor living space. “The lot didn’t have a yard, so this is essentially a backyard built over water,” Nebolon says. Glass windows rated for the 75 mph wind gusts the house sometimes receives are tinted slightly to temper the sun. Custom trellises over the windows pitch in. You know who loves all that daylight? Just-retired Seattle Seahawks running back Marshawn Lynch, who owns the house. 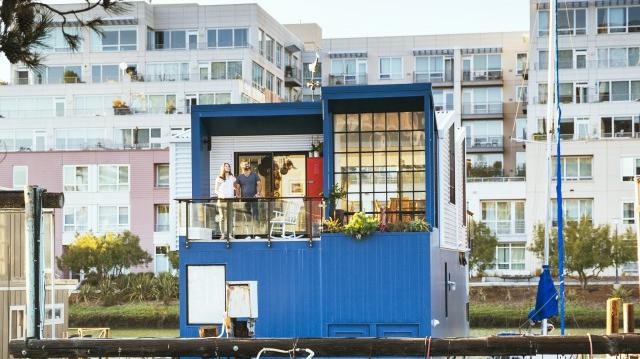 The HouseboatWe covered this extraordinary home’s origin story before, but can’t get over the novelty of building a home in a boat yard, then launching it out onto the water to be towed to its final mooring. The design was all about capturing the views of Mission Creek in the middle of San Francisco and placing the windows strategically so light floods the house all day. 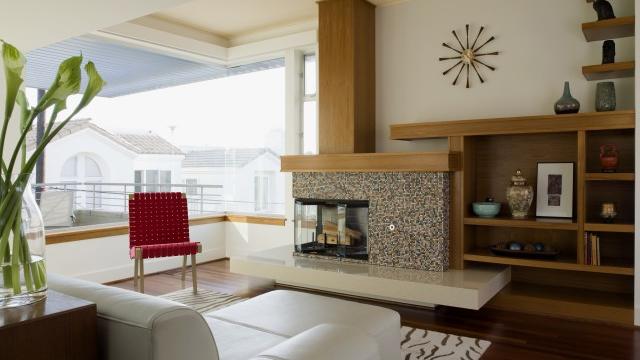 The Upside Down HouseThis is the dream: A gorgeous home just 1-1/2 blocks from Hermosa Beach. The problem is everyone else wants to be there too, making for tightly packed houses with everyone trying to squeak out an ocean view. Nebolon’s clients asked him to fit a three-bedroom house with views of the water on their tiny lot (29-1/2 feet by 50 feet)–oh, and the city requires parking for three cars. No problem, Nebolon said. He worked the plan like a puzzle: garage and man cave on the ground floor, bedrooms on the second, the main living spaces on the third to catch the view, and a rooftop deck to make up for the lack of yard. “Usually main rooms are on the first level,” he says. “We inverted it to get views of the beach and have a nice connection with the rooftop. It’s like a mini tower.” And though the neighbors are close, they don’t loom large thanks to windows Nebolon placed in the corners of rooms to catch sight lines in between the houses. Bonus: They make the small rooms seem much larger. 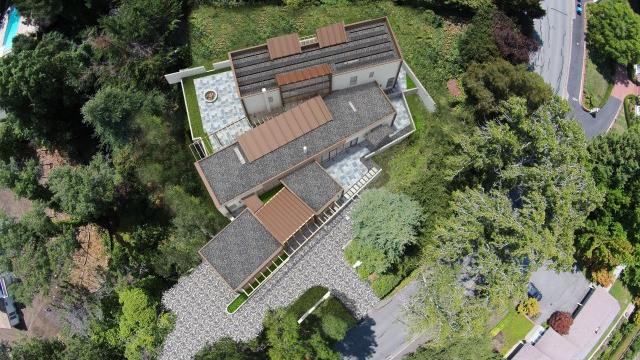 The Vaastu PuzzleYou know how Feng Shui is a set of design principles meant to keep good energy in and bad energy out? Indian Vaastu methods are similar, orienting homes on a grid of right angles corresponding with north, south, east, and west. On a flat, square lot, this doesn’t pose a problem. But Nebolon’s clients purchased a triangular lot that’s further complicated by backing into a creek. His solution was to plan the central ceremonial wing on a north/south axis. This wing holds the family’s public spaces–the living room, kitchen, and home office. The remaining two wings rotate off the central one by 14 degrees, which is allowable by Vaastu. The small change in angle allowed Robert to capture views of the creek, let as much light into each wing as possible, and place the bedrooms at the back of the lot for the most privacy. The puzzle didn’t end with the exterior walls. Inside each wing, the rooms are also sited according to Vaastu principles–the bedrooms are in the southwest corner, the front door is square to the east, and so on. “We incorporated influences from west and east and came up with a synthesis,” Nebolon says. 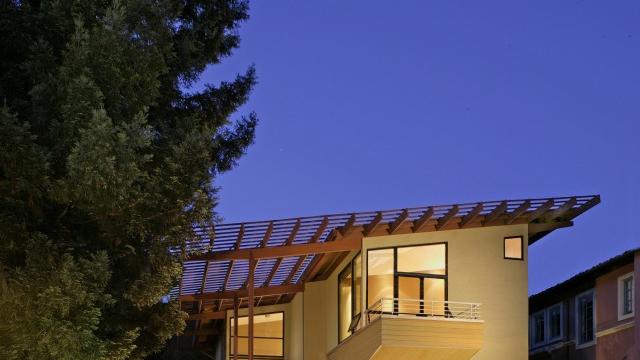 The TreehouseWhen your property hosts an ancient (and huge) redwood tree, you do what you can to preserve it. Nebolon’s clients asked him to protect the tree’s roots by siting the home’s foundation as far away from it as possible. One problem: That would put the house right in a water-collecting dip in the lot. Nebolon added dirt to bring the depression up 2-3 feet, and planned an extensive draining system to redirect water out to the curb. The first floor, just a little below street level, holds the garage, and the living spaces are up top, similar to the Upside Down House. But this one also has a cantilevered deck to extend the living space back out to the tree–without damaging it in any way.