These Big-Screen Monsters Are Actually Plants 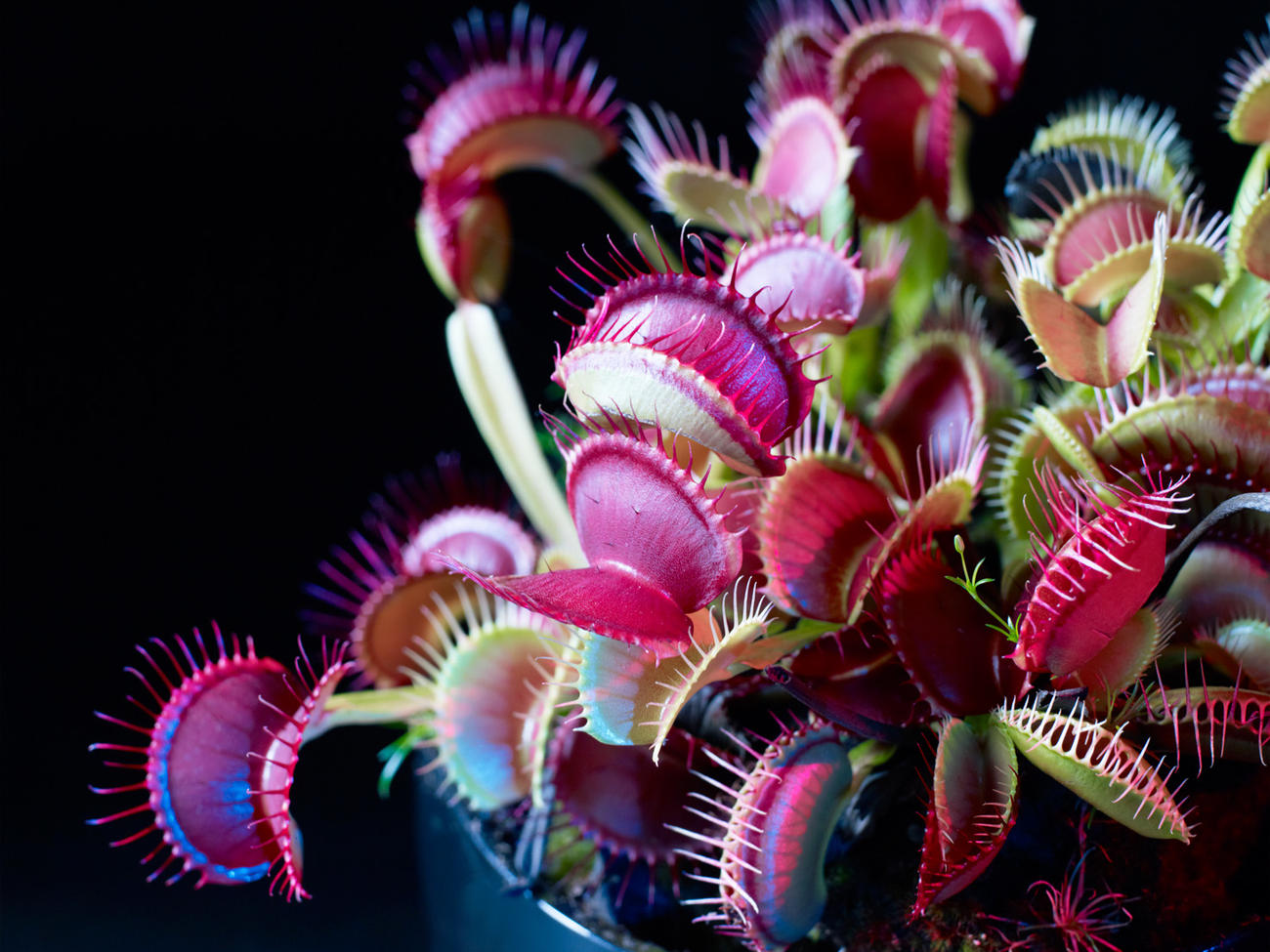 If you’ve ever had to tackle a thicket of blackberry bushes, you might think plants are already sentient and have a taste for human blood; that might be why plants crop up as the villains in so many horror movies. Why are we so freaked out by the idea of killer plants? Because the way we see it, plants belong at the bottom of the food chain, not at the top.

To be fair, there are already a few plants that may as well be straight out of central casting. The manchineel tree (Hippomane mancinella) in South America is so toxic that if rainwater runs off the leaves and onto your skin, you’ll break out in painful blisters and lesions. The gympie gympie (Dendrocnide moroides) in Australia is covered in fine stinging hairs that penetrate the skin and cause extremely painful welts and an intense stinging sensation that can last for years; long after the welts have healed, anytime the skin gets wet, the pain returns. Plants may not move around much, but that doesn’t mean they can’t mess you up bad.

I talked to horror movie buff and host of the film podcast VH Us Dirk Marshall about monster plants in horror films. (He grew up in a video store and has a particular fondness for B movies, which describes pretty much all botanical horror films.) He shared this insight about plant-based horror: “Murderous nature films often fall into two categories. #1: Man Handling: nature is running its course until humans get involved. Much like the Creature From the Black Lagoon, (or Swamp Thing), if left to its own devices there would have been no problems. But humans have to meddle and tamper with nature, and alas, things go south from there. #2: Regrowth: Nature is reclaiming what humans have colonized. Often with the aid of an alien force.”

If you want to see your beloved begonias through leerier eyes, check out some of these movies. (Warning, there are some spoilers.)

No roundup of horror movie plants would be complete without a mention of Little Shop of Horrors. The man-eating plant who begs, “Feed me, Seymour!” will always be the most famous monster plant of the silver screen. Take it from Metallica guitarist Kirk Hammett—a longtime collector of vintage horror movie posters and an avid gardener—who told me in an interview for Sunset that he’s always wanted to grow his own Audrey II .

Dirk Marshall summarizes Swamp Thing thusly:  “In Swamp Thing we get Ray Wise (Twin Peaks‘ very own Leland Palmer) as a scientist researching biological anomalies. When an evil military man murders Wise, he becomes Swamp Thing, seeking revenge for his murder and also defending the very nature that the military hope to exploit.” (Annihilation draws from this “humans bad; nature good” trope too, where the military exemplifies the nadir of humanity.) A.k.a. “Worst Day Ever.” Based (somewhat unfaithfully, but whatever) on the 1952 John Wyndham novel, this Cold War-era film is about Soviet-engineered carnivorous plant/human hybrid spores that arrive on Earth via a green meteor shower. The tall, humanoid triffids are mobile, aggressively intelligent, and have an insatiable appetite for human flesh.

It seems kind of meta that Attack of the Killer Tomatoes is a parody of B-movies, which, let’s face it, are already a parody of real cinema. This one leans into the dark comedy, though, making it an utter delight to watch. It’s also, somewhat questionably, a musical. Tomatoes gain sentience and go on a rampage; the only thing that can stop them is playing the song “Puberty Love” over a stadium loudspeaker, which causes them to shrink enough to be squashed. This ridiculous film uses plants to reframe the old adage, “Curiosity killed the cat.” Dirk Marshall says that “Seedpeople feels like if Invasion of The Bodysnatchers starred Sigmund the Seamonster. Full Moon Productions released some of the oddest ’90s horror films and Seedpeople is no exception. If anything, it teaches the age-old lesson, ‘If you poke a weird vine, it will squirt on you and boom—you are a seed person!'” These horror movie plants offer more comic relief than terror.

In M. Night Shyamalan’s The Happening, Marky Mark and New Girl are riding a train; all of a sudden, it stops inexplicably and everyone is ordered off the car, because the conductors have “lost contact.” Soon, it becomes clear that some new affliction is sweeping humanity, causing them to behave bizarrely (not unlike those zombie snails that have been infected with the parasitic broodsac flatworm). People start dropping like flies! Turns out, some disgruntled plants have had just about enough of humanity, and have taken matters into their own leaves by releasing toxic spores. In this horror movie, plants are almost a convincing threat, but I appreciate the subtle commentary on herbicides. 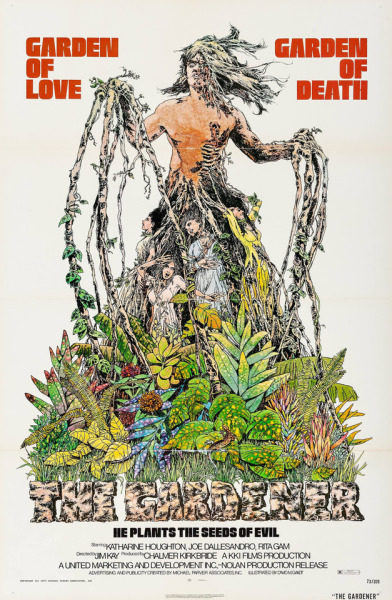 Dirk Marshall found this one “really dull compared to the description,” but I found it entertaining, even though the acting is abysmal and the pacing is glacial. In this delightfully awful film, shirtless hunk Carl (played by Warhol muse Joe Dallasandro) is a disgruntled landscaper who, after being gently fired for being kind of a creep, transforms into a tree, and then uses his Secret Life of Plants-esque psychic powers to communicate his sinister plots to orchids. Soon, even the innocent houseplants become cold-blooded killers, acting as Carl’s minions and meting out his revenge. Come for the startlingly hairless gay sex symbol (seriously, Carl’s manscaping prowess might exceed that of his landscaping), stay for the lush tropical foliage.

Who Knew? This Rock Star Is Some Kind of Gardener

Goth up Your Garden with These Gorgeous Black Flowers

The Headbanger’s Ball Goes Green With These Heavy Metal Houseplants