Mezcal has become so big that brands are beginning to think small. That means sustainable single-village sips and infinitely delicious drinking 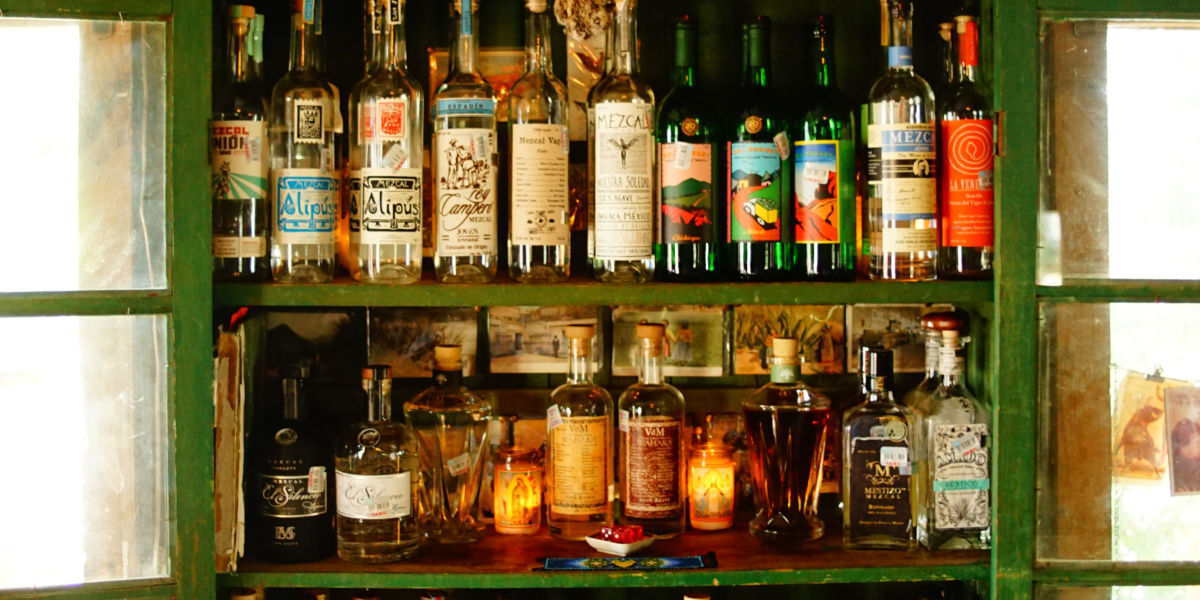 For a moment it seemed that mezcal’s popularity might be its undoing. With dozens of varieties of agave being distilled across Mexico—from the high forests of Oaxaca to the dusty wilds of Durango—there are thousands of permutations possible. Bottlings differ in flavor, depending on the variety and age of the source plant, the fickle wild yeasts that jump-start fermentation, and whether the roasted-agave juice was fermented in pine, clay, or cowhide. The resulting elixir can taste of pine, citrus, herbs, tropical fruits, or minerals, depending on the inexhaustible variables. “I’ve never seen anyone get close to being 50 percent right in blind tastings,” says Danny Mena, cofounder of agave-spirit producer Mezcales de Leyenda. This exquisite riddle drove up demand for rare mezcals, and in turn drove some varieties of agave to near extinction. But in recent years there’s been an industrywide push for sustainable custodianship, large-scale replanting of rare varieties, and more mezcalero-owned companies. Here’s how to toast the ever-morphing, smoke-tinged spirit of mezcal mindfully.

Sometimes it’s not even called mezcal. There are nine officially recognized DOC mezcal-growing regions. But agave spirits are made throughout Mexico and those outside the DOC are simply labeled “agave spirits.” You can think of it as the difference between AOC Burgundy and renegade Vin de France.

“Ensemble” is another word for blended. Ensembles are made up of multiple varieties of agave. Prolific espadin is typically the foundation, with smaller amounts of wild varieties added to balance the flavors. This allows a brand to create a house style that’s consistent year over year, much like a non-vintage Champagne. One agave at a time. Espadin is the most easily cultivated variety of agave and thus the most sustainable. Single varieties, like tepeztate and tobala, are more difficult to cultivate. Do your research and find out which brands practice sustainable harvesting and replanting. When in doubt, sip, don’t quaff.

Put a bird in it. Pechuga is the most unusual category of mezcal. It’s a traditional, celebratory distillation in which seasonal fruits, spices, and even chickens can be added to the still to impart flavor.

Do the math. If you want to explore truly small-batch mezcal, look for distillations that print a harvest date and the total number of liters in the production run on the label. Bottlings with fewer than 500 liters are typically from a single distillation; larger runs require blending multiple harvests and lots. Not too much smoke. If smoke is the first thing you taste, that’s a sign of a poorly made agave. You want just a hint of smoke, but not so much that the flavors are overwhelmed.

And it’s definitely not made from cactus. Despite their spiny leaves and sage green skin, agave plants are not cactus—they are part of the Agavaceae family. 5 Sentidos Pechuga De Mole Poblano. Distilled with mole spices and cooked chicken, this mezcal has a spiced richness that almost pushes it into the desert-spirit category. $140/750ml

Tosba Tobala. Made from the wild tobala agave, this super-small-batch mezcal offers up mellow white-pepper flavors. Tosba replants the rare plant to ensure bottlings in the future. $109/750ml Don Mateo De La Sierra Cupreata. Made from the cupreata agave in Michoacan at 6,000 feet above sea level, this mezcal is floral, peppery, and herbaceous. $50/750ml

Mezcales de Leyenda Durango. Made from the Cenizo agave in the state of Durango, this mezcal is floral with toasty, fruity, and herbaceous notes. $90/750ml Sip it. Whether you’re drinking from the low clay copita, the shotglass-like veladora, or the gourd-like jicara (pictured above), sip and savor, but never, ever shoot.

Reset with salt. Sal de Gusano is the spicy agave-worm salt sprinkled on orange slices served alongside mezcal. The salt accentuates the savory qualities of the spirit while the citrus resets your palate.

How to Make Mezcal? You’ll Need a Machete, a Burro, and Plenty of Fire

A Perfect Trip to Oaxaca