Want the Pumpkin but Not the Pie? Here Are 11 Pumpkin Dessert Alternatives

Step up your pumpkin game with alternatives to the classic pumpkin pie. 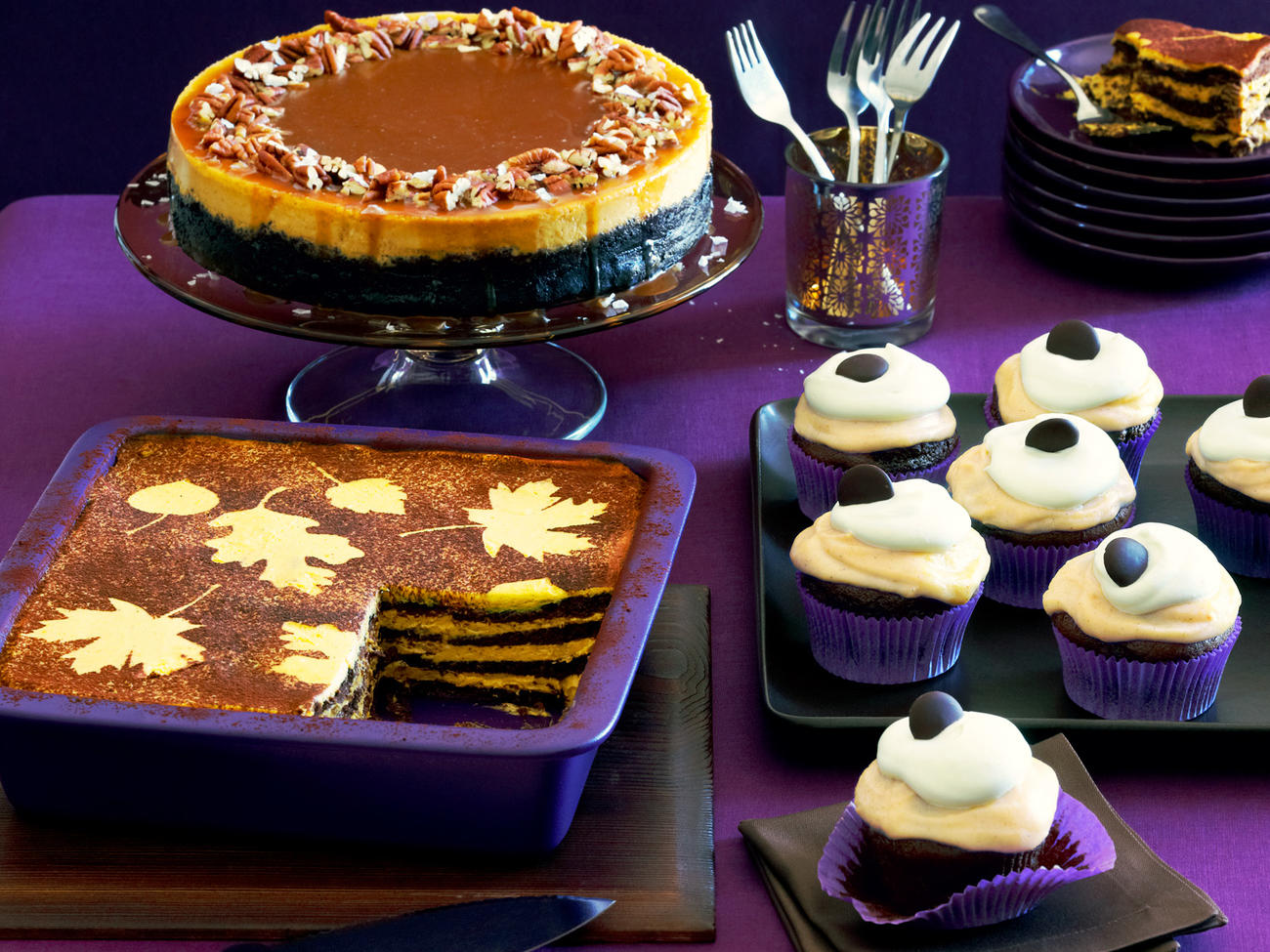 Pumpkin pie is a staple of fall menus across the West—we’re not denying that and we’re not here to take its crown away. However, there is always room for variety with homemade desserts, and this holiday season could be the perfect time to try something new.

So, next time you’re thinking of serving a classic pumpkin pie as the centerpiece of your autumn table, maybe try thinking outside the box: Make some pumpkin cheesecake with homemade whipped cream to wow your family, or surprise guests with a caramelized orange pumpkin flan.

Trying to decide between apples and pumpkins on your menu? Why not enjoy both? Opt for an apple-pumpkin galette.

Chocolate pairs wonderfully with pumpkin, so chocolate pumpkin cupcakes are sure to be a crowd-pleaser, or you can skip the heat with a no-cook pumpkin chocolate icebox cake. (Better yet: That ice cream maker you’ve been waiting to break out? Use it to make the pumpkin-gingersnap ice cream recipe below.)

It can be both fun and challenging to get adventurous with your pumpkin pickings. And you can still throw in some classics if you’re hankering for tradition. Trust us, we are as addicted to a pumpkin spice latte as the next person, and we’ll pick up a few pumpkin beers as well this season. But this time around, we’re also looking for ways to bring added flair to our pumpkin dishes.

From pumpkin flan to pumpkin brûlée tart, we’re exploring a new side of pumpkin with these recipes. (Don’t worry—all of these alternatives still stick to the sweet side.)

Even though this isn’t a pie, this cheesecake still tastes delicious à la mode.

These chocolate pumpkin cupcakes are sure to sweeten up your fall gatherings.

Make your own twist by adding a little cream of tartar that keeps the hot caramelized sugar from crystallizing or orange zest, which intensifies the flavor.

Skip the pie and head straight to the ice cream. This recipe is strictly à la mode.

Pumpkin and chocolate together are surprisingly delicious.

Caramel-coated walnuts and cranberries shine atop of this tender cake.

It’s pumpkin pie meets crème brûlée and worthy of your next dinner party.

Skip the whole cake and opt for these snack-size pumpkin bars.

Basically an open-face pie, this galette is a great dessert for pie-phobes to make because the crust is so easy to handle–you don’t even need a pie pan.

It’s pretty from the top, and even prettier when you remove a slice.

For the nutty pumpkin lover.