Not a Fan of Turkey? Serve One of These Alternatives at Your Holiday Feast Instead

Your meal doesn’t have to revolve around a massive turkey that needs hours of tending to; instead center it on a baked ham, garlic shrimp, or roast goose. 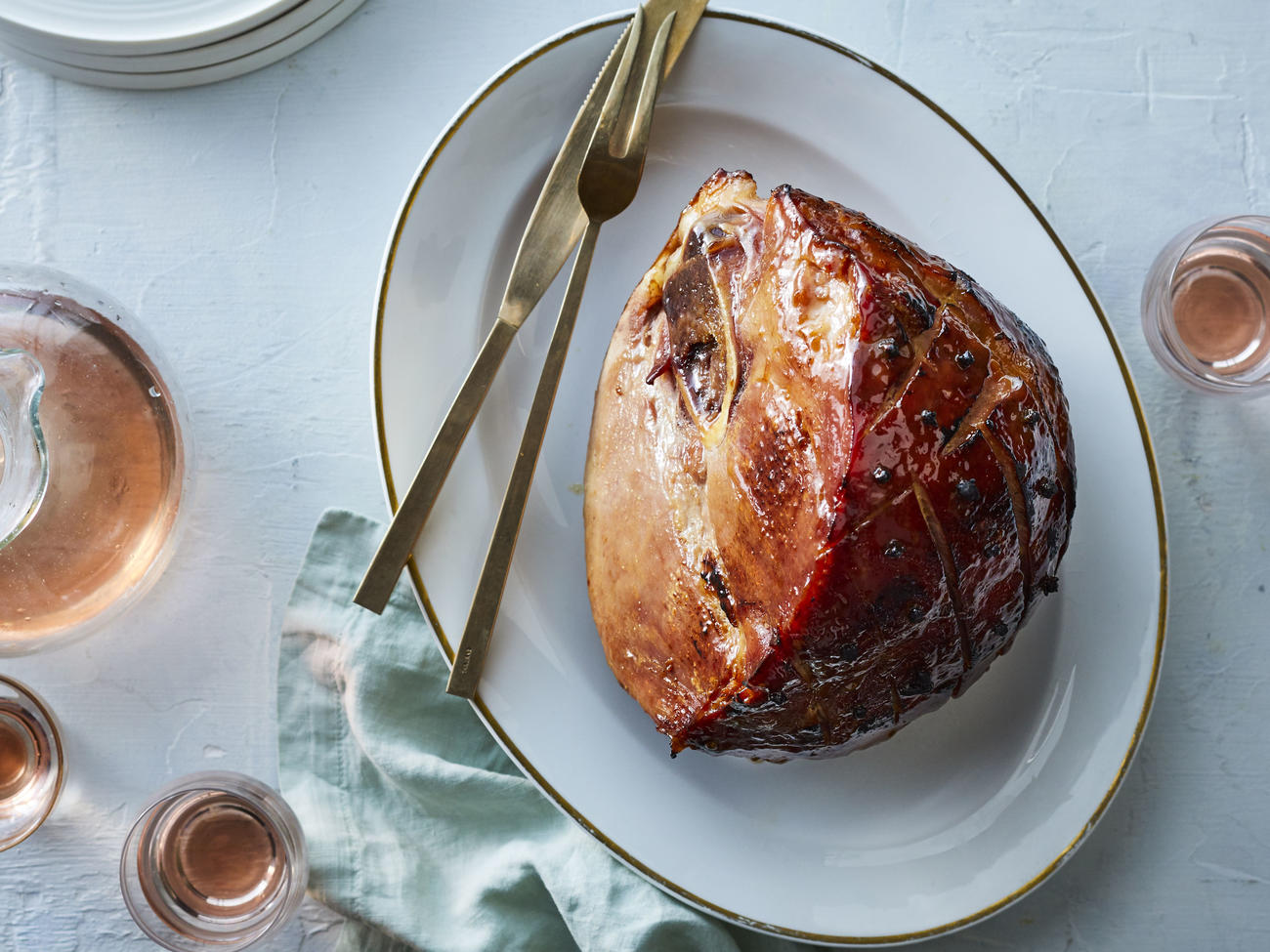 Holiday meals don’t have to end with containers overflowing with leftovers and more turkey than anyone can figure out what to do with. For those who are only feeding four or five people, or even just a group of folks who aren’t fans of turkey, we’ve gathered stand-up alternatives to the big bird.

If you’re a fan of classic holiday dishes but don’t want to hassle with turning and basting a turkey in the oven all day, serve a classic baked ham. Our recipe combines maple syrup, brown sugar, and dijon in the glaze, which leaves you with a glistening glazed ham that carries a sweetness similar to one decorated with pineapple rings and studded with cherries, though classed up a little.

Make something the pescetarians can dig into that’s still decadent like a steamed rockfish in buerre blanc sauce. Instead of wrapping both pieces of fish in the same parchment pack, do each serving separately so they slide easily onto a guest’s plate and everyone ends up with a full serving of the buttery white wine sauce. Serve it alongside green beans and roasted potatoes, both of which make great vessels to swipe up leftover sauce from the fish.

For a new take on a French classic, try our recipe for white wine coq au vin, filled with veggies and fresh herbs in a rich stock enhanced by a couple of cups of Chardonnay.

Take your main course one step closer to turkey and prepare an entire roast goose, which yields a serving amount closer to that of a roast chicken than a whole turkey, so leftovers won’t be too much of a worry.

However you choose to set the table this year for your holiday meal, use these recipes to ensure everyone leaves full and satisfied.

Clare Carver of Big Table Farm winery in Oregon simplified a brine from Michael Ruhlman’s cookbook Charcuterie to give these two roast chickens a lot of flavor and moistness without much effort. You’ll need kitchen twine and a cooling rack that fits inside a roasting pan.

Ham is the centerpiece of any celebratory meal; it’s quick to prepare and easily serves a crowd. A simple maple-mustard glaze delivers the sweetness of traditional pineapple rings and maraschino cherries, but adds a layer of spice. You can heat the ham ahead, then keep it warm in a low oven. Save the bone for split-pea soup.

Sally’s Fish House & Bar is a five-minute walk from San Diego’s Tuna Harbor Dockside Market, and the cooks at Sally’s will grill, sauté, steam, or deep-fry any fin fish you buy at the market. For the home cook, this moist, parchment-steamed rockfish is especially great for prepping and serving a crowd.

No roast is more epic than a goose—it is, after all, the bird Charles Dickens forever immortalized in A Christmas Carol. A goose is all dark meat and very rich. The fat that drips from it is excellent for roasting potatoes and vegetables, and the skin turns golden and crisp, the poultry equivalent of pork cracklings.

Rockfish—also known as Pacific snapper or rock cod—is one of the most sustainable and widely available fish in the West, and has a mildly sweet flavor. Vermilion rockfish, with its scarlet hue, is especially pretty and tasty. For a large feast-worthy fish, order ahead of time from your seafood shop or counter.

This recipe for coq au vin is a fresher, green-herb-laced version of the original French classic. Serve with a crusty baguette for dunking or over a bed of creamy mashed potatoes or gratin.

Creating a two-zone fire lets you sear the meat over direct heat and then finish cooking it over indirect to a beautiful medium-rare. Beginner’s tip: As you grill, keep the lid closed to maintain the temperature.

Want the Pumpkin but Not the Pie? Here Are 11 Pumpkin Dessert Alternatives