Note: We featured 14 innovators in the world of home design in our April issue, but didn't get a chance to share everything they said on... 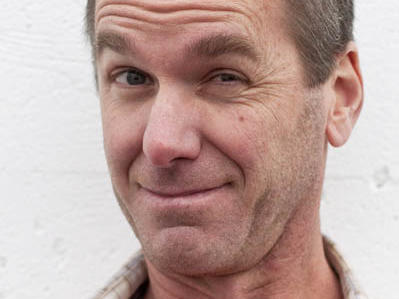 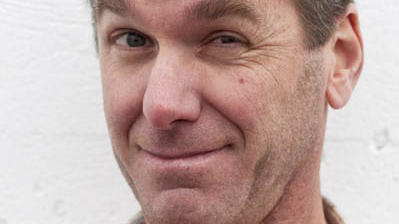 Note: We featured 14 innovators in the world of home design in our April issue, but didn’t get a chance to share everything they said on page. Over the next week, we’re sharing in-depth interviews with three of the subjects. The first is below.

While most architects see blighted buildings as complete teardown projects, designer Kevin Cavenaugh has other ideas. His Portland-based adaptive reuse firm, Guerrilla Development, works to transform existing structures into not only something beautiful, but usable. In the past few years, it has turned a crumbling warehouse into airy lofts, a defunct car dealership into a strip of stores and restaurants and numerous other structures into mixed-use development.

A family man at heart, Cavenaugh’s work is turning heads across Portland—and he’s just getting started.

Describe your job in a nutshell:I buy buildings no one knows what to do with in under-developed neighborhoods and adapt them into homes or mixed-use spaces people beg to rent.

Do you consider yourself an activist?My version of activism fights against what I call “greedy buildings”—formulaic structures meant to make money, but don’t add to a city’s fabric.

What is attractive to you about adaptive reuse architecture?Adaptive reuse is the epitome of playing with what you’ve got because it forces the architect to work within a tighter constraint, namely an existing building. These projects tend to be granular in composition and thus sit more cleanly in a neighborhood than developer-driven new construction.

Which project are you most proud of?That’s like asking me which of my three kids is my favorite. (Side note: I rank my kids each week, with a chalkboard in the kitchen. Seriously. Is that OK?) I am typically like a musician though: I like whatever I’m currently working on the most.  U2, for example, is tired of playing Sunday Bloody Sunday.  They’re much more excited to play their newest cut from their still-unreleased project.

Who has had the biggest influence on your career?Yikes. This is like an Oscar acceptance speech. First, my wife for telling me to just do my first ground-up project (Box + One) already. My first bosses, Michael Alley and Perry Poyner in Omaha, Nebraska, who introduced me to how real and cool architects/developers can be. Dale Farr, another architect boss who showed me that every design job can be “isn’t this great?” fun. And Jim Brown, another Harvard Loeb Fellow, for his groundbreaking development in San Diego.

What are you reading/listening to right now? Who are you following online?I am barely literate (seriously), so I’m not reading anything—except maybe my children’s report cards. I kind of live in an Internet bubble and I’m attracted to the idea of not being that consumable online. The same goes with my own online consumption. I’m kind of low calorie on that front.

What’s your mantra?Professionally, my website tagline is: ” Changing Portland 3,000 feet at a time…” because I’m a small developer and I’m drawn to granular urban infill. And I always say that I build dumb buildings for smart people.  I like that, too.

Finally though, I’m not surprised that I’m at the helm of this fun ship.  This I know I can do. I know I’m not a great designer, but I am a good designer and I’m tenacious as hell. So at the ripe age of 47, I know that I finally belong in the room. That is one thing that doesn’t surprise me.