If there's a city ripe to be a central character in a novel where animals speak, owls are princes, and 12-year-old girls save the world, it's Portland. 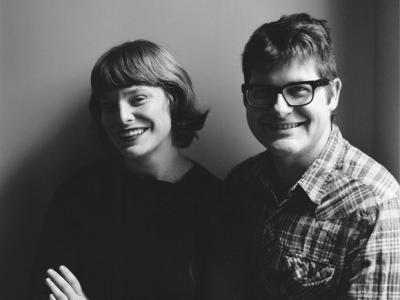 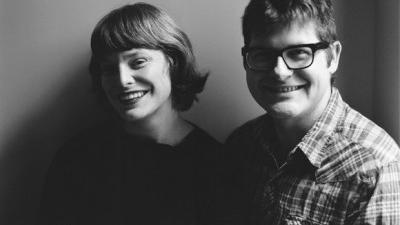 If there’s a city ripe to be a central character in a novel where animals speak, owls are princes, and 12-year-old girls save the world, it’s Portland.

It’s the city that inspired the Wildwood Chronicles, an illustrated fantasy adventure series from Colin Meloy (the lead singer/songwriter for the Decemberists) and Carson Ellis (an artist and illustrator), which revolves around Wildwood, a hidden world on the edge of Portland. Prue McKeel, a bike-riding, bird-loving, 12-year-old vegetarian must cross a magical bridge from the city, through the enchanted Impassable Wilderness, and into Wildwood to rescue her baby brother who was, of course, kidnapped by birds.

We talked with Colin and Carson just before they set off on a book tour (schedule here) for the second book in their series, Under Wildwood.

So Portland inspired the books?

Colin: From the outset, we knew that the world in which the story takes place was going to be the central character. Before we really had a plot or any characters, we actually traced the boundary of Forest Park, which is the 5,000-acre forested park in Portland city limits, then kind of re-imagined it [as the Impassable Wilderness] and told the story around that.

Colin: It’s right on the edge of the city so it does feel like you kind of cross over into another world when you step into it.

Carson: It’s also such a ubiquitous part of the Portland landscape. It piques the imagination to see a bustling metropolis end suddenly at the park and then become just woods as far as the horizon stretches.

The book is full of insider Portland references, what’s one of your favorites?

Carson: In Under Wildwood, Prue and Curtis are navigating their way out of the Impassable Wilderness through underground tunnels and they bump into this Victorian-looking guy carrying a crate of beer. He has a handlebar mustache, he’s wearing a wool vest and a bowler cap and so they think they’re in South Wood, which is the part of Wildwood where most of the civilization is (everybody is a bit Victorian in South Wood). But it turns out they’re in Portland, under Old Town in the Shanghai Tunnels, which are these tunnels that all Portlanders know about. So they think they’ve emerged in South Wood but they’ve just run into this hip bartender who’s restocking a walk-in beneath a bar in Old Town. 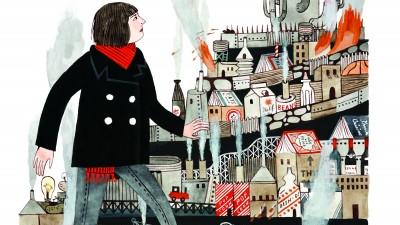 Colin: I think as long as it attracts weird people it will retain its quotient of weirdness.

Carson: I also feel like the more weird becomes part of the conversation, the less weird weird is.

Colin: As long as I can get artisanal pickles I’m not going to complain about it.

Where do you go for these pickles?

Colin: The very best pickle you’ll ever taste in your entire life you can get from Picklopolis. But it’s not really a store, it’s just kind of  thing. It’s a guy who makes pickles and you can get them around town and he sometimes is at the farmers’ market but not always. He’s sort of a mysterious pickle maker who shows up when he’s least expected.

Carson: What could be weirder than a mysterious pickle maker?

Colin: I know. But honestly it is the best, the pickle will blow your mind. It will create instant westphoria.