Tackling the 41 pitches of the Golden Gate route takes most climbers days. 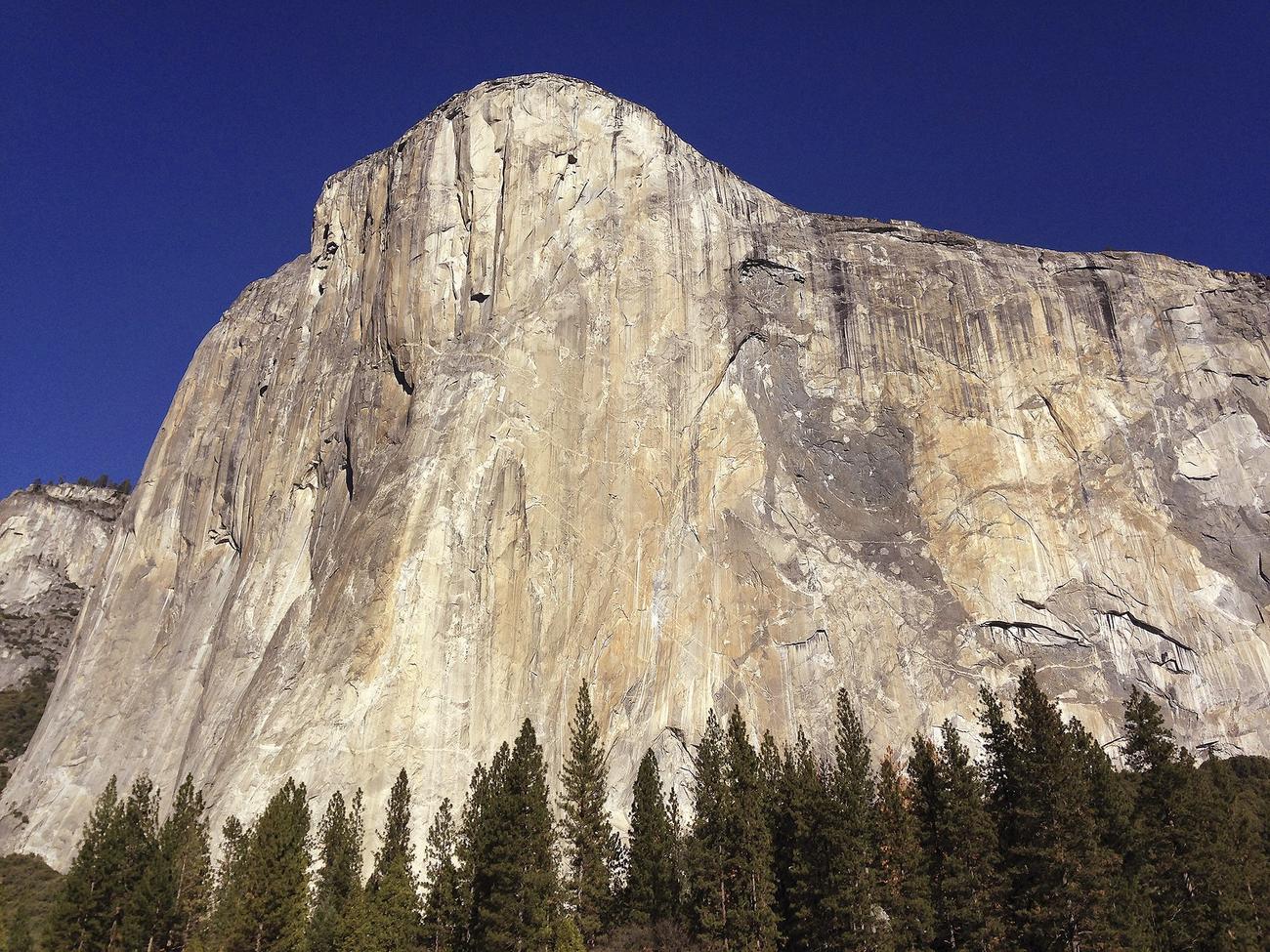 Emily Harrington’s record-setting day began while most of America was sleeping off the election hysteria of the night before.

At 1:34 a.m. on Nov. 4, the 34-year-old Boulder, Colorado, native reached into her chalk bag and put her hands carefully onto the first holds of El Capitan’s Golden Gate route, the start of a daunting mission to free-climb the 3,000-foot granite behemoth.

Twenty-one hours, 13 minutes, and 51 seconds later, a weary and bloodied Harrington pulled herself atop the ledge that towers over California’s picturesque Yosemite Valley, making her the first woman to ever free-climb the formidable route in under 24 hours and just the fourth woman to scale the colossal edifice in a single day.

“I never believed I could actually free climb El Cap in a day when I first set the goal for myself,” Harrington wrote in an Instagram post. “It didn’t seem like a realistic objective for me. I didn’t have the skills, fitness, or risk profile to move so quickly over such a large piece of stone. But I chose it exactly for that reason. Impossible dreams challenge us to rise above who we are now to see if we can become better versions of ourselves.”

Harrington was belayed during the first two-thirds of the climb by Alex Honnold, whose free-solo of El Cap became the subject of Jimmy Chin’s and Elizabeth Chai Vasarhelyi’s Oscar-winning 2018 documentary Free Solo.

Tackling the 41 pitches of the Golden Gate route takes most successful climbers between four and six days—Harrington’s early experience was no different. On her first attempt in 2015, six days elapsed before she reached the summit, she told The New York Times.

A second attempt in 2019 ended unsuccessfully after injuries from a slip landed her in the hospital.

Climbing with Honnold, Harrington slipped twice attempting to scale a particularly challenging section known as the Golden Desert. The second fall nearly proved disastrous, as the drop swung her like a pendulum into an unforgiving wall that bloodied her head and tested her resolve, she wrote in an Instagram post.

But Harrington pressed on, bandaging her scalp before chalking up her hands and readying for her next calculated move.

“I knew I was in for a big day – but that’s exactly why I was there,” she wrote. “I wanted to find my limit and exist in it and fight beyond it.”

About two-thirds of the way into the climb, Honnold handed off belay duties to Adrian Ballinger, Harrington’s boyfriend and a mountaineering guide she met years earlier while summiting Mount Everest.

With Ballinger handling her rope, Harrington crested the summit of El Cap at 10:30 p.m., where she celebrated “in disbelief” with champagne alongside close friends before calling her parents.

The outdoors community was quick to praise the accomplishment.

“Tenacity, passion, courage, teamwork, vulnerability, commitment,” ski mountaineer Hilaree Nelson wrote on Instagram. “These are the words that come to mind with this achievement. I love you Em! Get some sleep and thanks for showing such grit.”

Harrington credited a number of friends for helping her dream come to fruition, including Honnold, who “inspired me to think bigger and believe in myself in ways you cannot imagine.”

“There’s a lot more to say but mostly I wanted to express my gratitude for the love and support from friends, family, and strangers,” she said.

“I feel the love so intensely right now. Thank you all.”