Our expert guide to keeping up with cocktails in the West 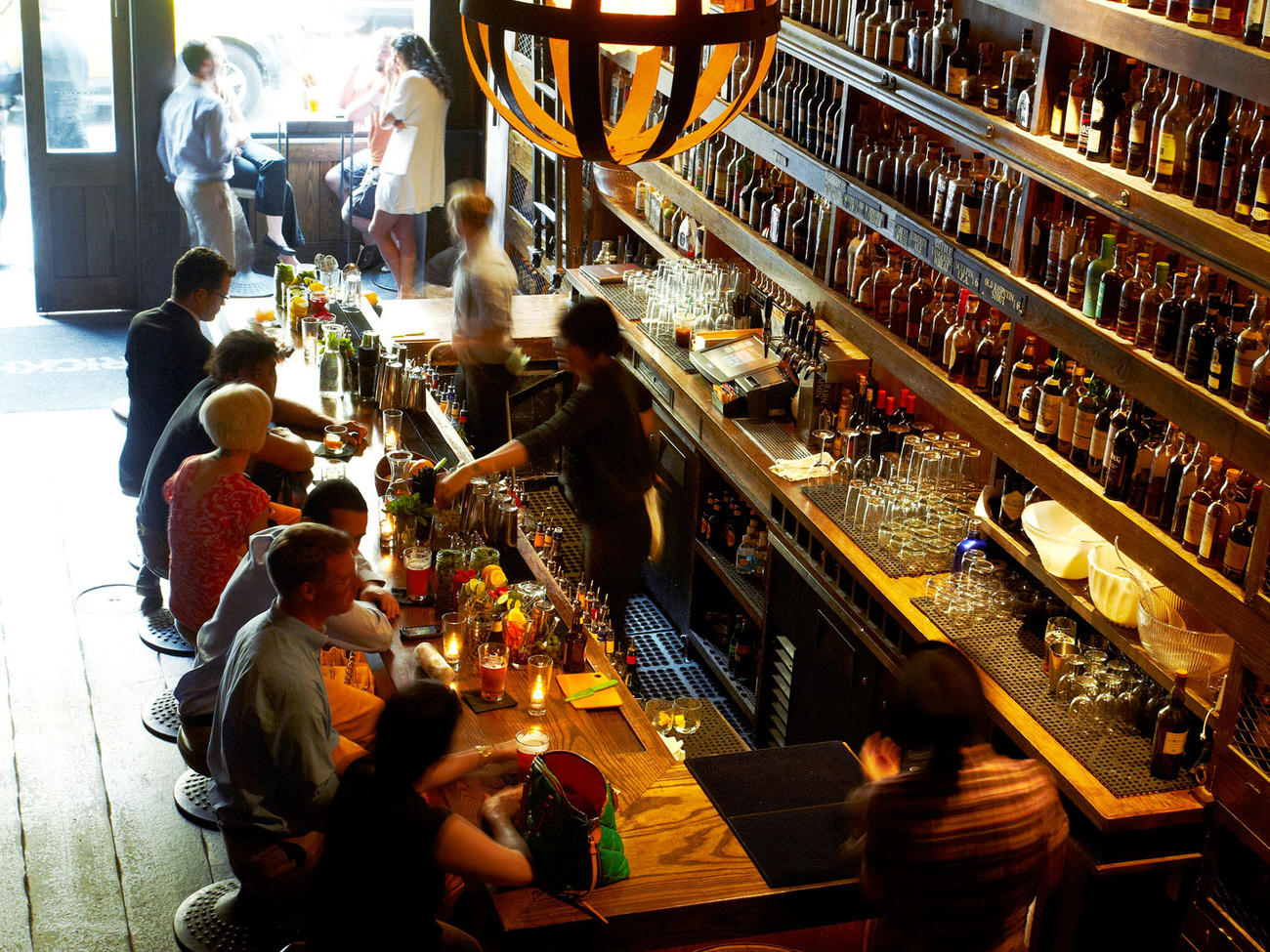 Cocktail? Remember when that was a simple question? (Correct answer: “Yes. Gin and tonic, please.”)

Over the past decade, the simple cocktail has morphed into a product of almost rococo complexity. Some cocktail menus practically require translation. (Bonal Gentiane-Quina? Xocolatl Mole Chocolate Bitters?) And the selection of obscure spirits, small-batch bitters, and arcane mixers gets mind-bogglier by the moment.

Good news or bad? No matter how you view it, the cocktail landscape has been permanently altered. It’s a world of new spirits (many local and small-batch), of ever wilder ingredients, of dusky new bars staffed by young faces making drinks with a disarming earnestness. In an era of fast food and snappy service, craft cocktail bars are places where drinks take time and the end result is about quality.

Navigating this brave new world of cocktails is easiest with a highball glass’s worth of knowledge. (Gin and tonic, you say? Would you like that with Fentimans old-fashioned tonic and Rogue Spruce Gin from Oregon?) Here’s how to drink your way through our increasingly complex but always lively cocktail landscape.

Tending bar is no longer a way station between acting jobs. These days, it’s an honorable career. The new generation of bartenders is committed for the long haul, having built followings that move when they move. They know how spirits are made, how they mix with other ingredients, and they’re creating a new cocktail ecosystem.

Where to find them:

Kitchen and bar once maintained separate kingdoms, eyeing each other warily. No longer. Bartenders today raid the larder for veggies, herbs, even meat (in the form of bacon-infused bourbon) for added depth and intrigue.

Cracked, cubed, crushed, hand-chipped, flaming, spherical—ice is to drink what a stove is to cooking now. Better cubes determine the rate of dilution and should complement the particular drink you’re having.

Hipsters started a tiki revival, mining the past for camp and kitsch, but it’s spread to cocktail purists who’ve elevated these historic drinks, now made with artisanal rums and hand-crafted syrups.

Terroir isn’t just for wine nowadays. Particularly in the Northwest, distillers are foraging in fields and forests to impart flavors from the land to their spirits. Think thimbleberries, lavender, spruce, and pear.

Cocktails have roots in the early-19th-century patent-medicine era, and today’s top bartenders love to borrow old methods and ingredients to create new flavors. Look for housemade tinctures (single infusions of herbs, barks, and the like), bitters (blends of infused ingredients), and syrups (sugar, water, and flavorings) that produce modern cocktails brimming with two centuries of tradition.

Meet tequila’s lesser-known but more engaging cousin. Both are distilled from agave and made in Mexico, but mezcal has a rougher, smokier character—more Marlon Brando than Hugh Grant.

Amari (Italian for “bitters”) were designed to stimulate digestion following a meal. Italian Aperol and Fernet-Branca have muscled onto the scene, and now we’re seeing domestic amari lending a New World touch of bitter—off­set with a touch of sweet—and making cocktails more intriguing.

Call it a micro-micro-trend: small craft bars hidden within larger, busier bars and restaurants. Bar owners peddle the high-volume beer and highballs to the masses up front, while quietly catering to a more demanding cocktail crowd in private. Fewer people means bartenders have more time for your perfectly crafted drink.

In Portland, the headwaters of the West’s craft distilling movement, 12 microdistilleries make everything from apple brandy to vodka, and the real action is a cluster on Distillery Row in Southeast Portland.