Take Your Stargazing up a Notch with These High-Powered Binoculars

Try these out before throwing money at a pricey telescope. 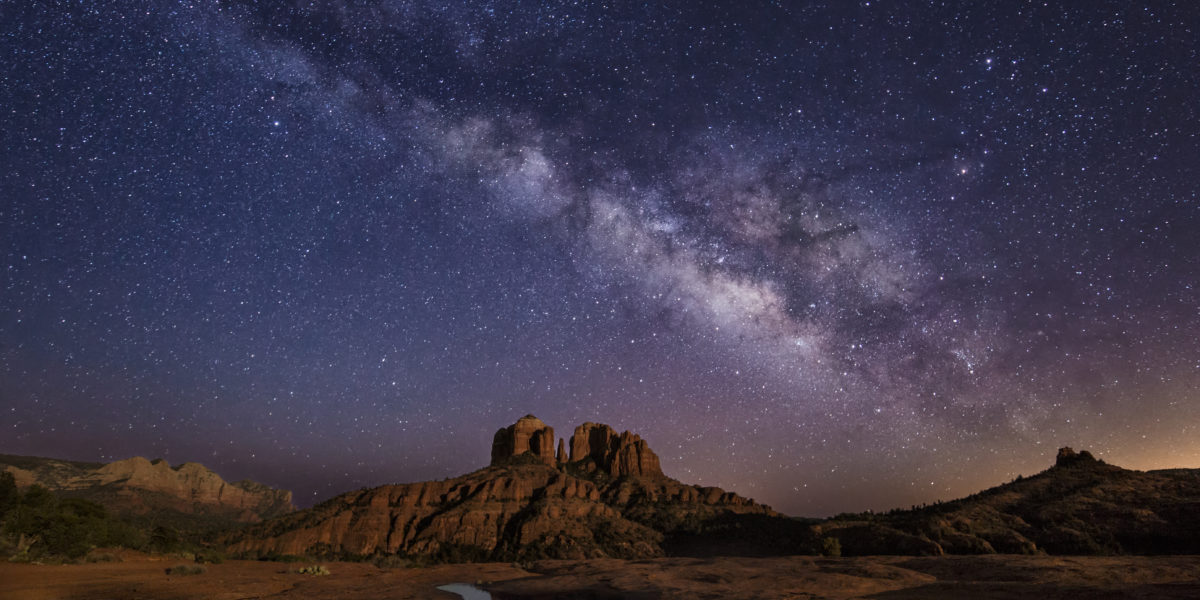 About seven years ago I walked outside of my apartment to see my neighbor staring resolutely into the night sky. It was a scene I’d stumbled into numerous times on nights when we’d subsequently launch into conversations about planetary orbits, solar eclipses, and science fiction films—Christopher Nolan’s Interstellar always reigned supreme.

This instance, however, was different, and I could tell by my neighbor’s excitement that there was something distinguishable from our other cosmos-centered rendezvous. Jupiter, it turns out, was putting on a show.

“Take a look,” he said, motioning me toward a pair of binoculars that were fixed atop a tripod. The suggestion puzzled me. I possessed a shocking dearth of experience when it came to stargazing, unless you count pedestrian abilities to recognize Orion, the Big Dipper, or the obvious orange of Mars.

I Need a Box!
More Videos From Sunset

“You can see it with these?” I asked, assuming such a marvel would necessitate something with much more magnification power, or, at least something significantly more expensive.

Trying to avoid clumsily nudging my neighbor’s tripod out of position, I looked into the eyepiece. There it was. Not just a glowing orb, but a planet unveiling its atmospheric bands. And that wasn’t all. Multiple spheres—not just blips as I’d anticipated—hovered adjacent.

It’s hard to recall an instance in which I was more floored. It was surreal, and the simultaneous surge of insignificance and wonder at this celestial titan was, no exaggeration, both humbling and powerful.

(It also made me realize I needed to up my binocular game.)

So, in celebration of International Dark Sky Week, which runs April 22-30, we tossed together a few sets capable of peeling back the curtain on some of the deep night’s most awe-inspiring bodies. Try any of these efficient sets out before throwing big money at a costly telescope.

What’s more, grab a pair before Sept. 26, when Jupiter will be closer to Earth than it’s been in more than a decade. While our solar system’s largest planet should certainly be visible before and after that particular date, that is when it will appear its brightest, a time when it reaches its opposition, or, the moment the Earth’s path around the sun positions us directly between Jupiter and our star.

Why not grab a good set of binoculars and get a better look?

With 10x magnification, these are engineered for anything from stargazing to wildlife watching. Detailed craters of the moon and and deep sky objects can be enjoyed with this set, which comes with a manageable weight of just under 2 lbs.

A little pricier than the Vortex at $443.99, the Celestron’s quality still makes it a bargain. A powerful 25x magnification brings a planet like Jupiter into just enough focus to make out its tumultuous atmosphere. Its body is rugged and water-resistant and comes with a convenient rubberized grip, but it is heavy. At almost 9 lbs., these are best used with a tripod—before your arms get tired—which is made easier courtesy of a built-in tripod adaptor.

On the lighter—and more affordable—side than its aforementioned cousin, the 25x70s from Celestron offers 25x magnification without as many bells and whistles. Wildlife and astronomy can be enjoyed with ease, as can, according to numerous Amazon customers, seeing actual lights coming through the windows of planes cruising at 35,000 feet. Not too bad for just over $100.

(That’s a long name.) As a Nikon enthusiast, it comes as no surprise to me that the company’s glassware in this category is top notch. Magnification up to 16x and a weight of just over 2 lbs. make these waterproof binoculars a great addition for any astro enthusiast. And at under $200, you’re not breaking the bank, either.