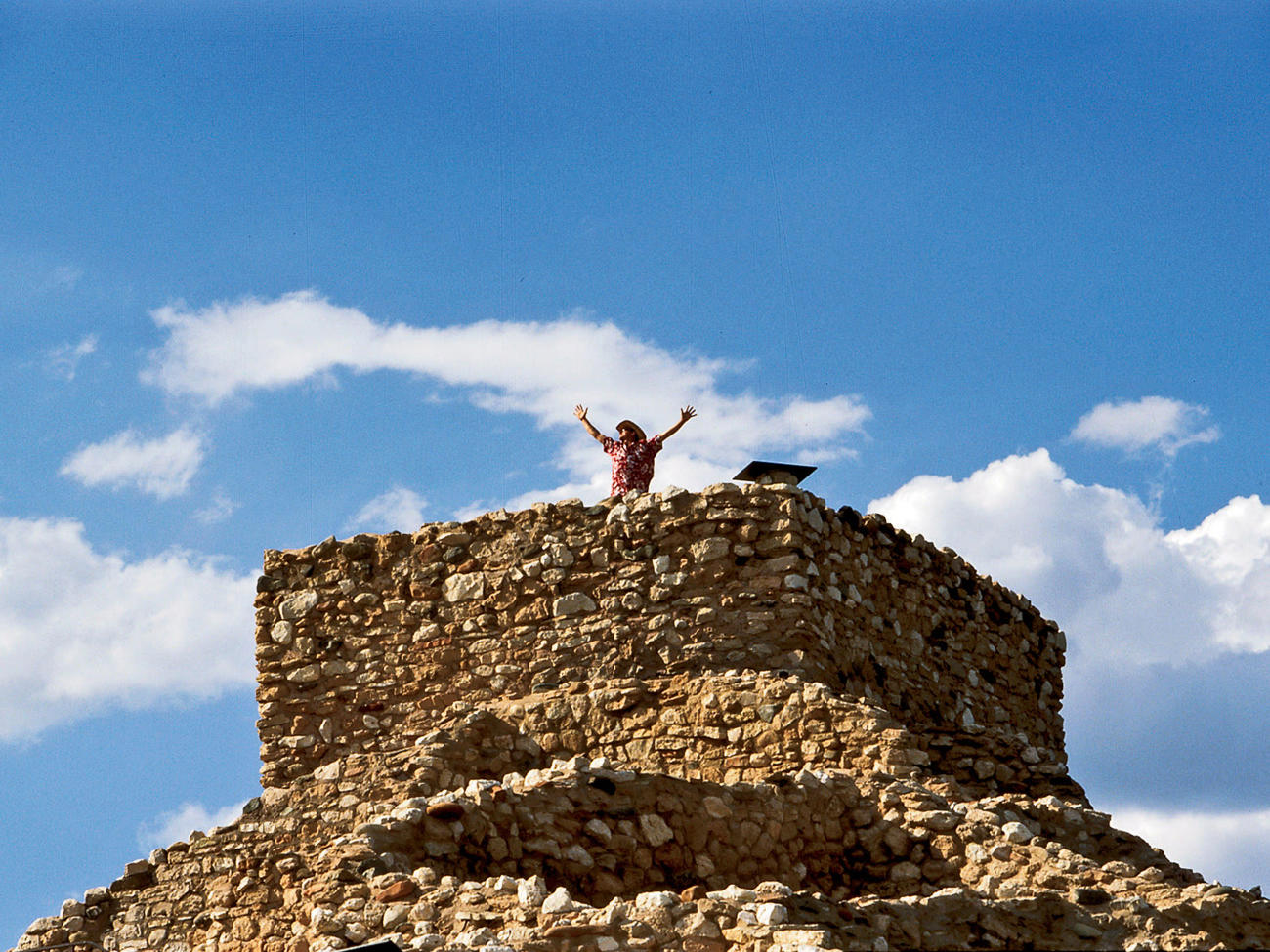 Families can spend a crisp fall day in Arizona’s Verde Valley, delving into ancient dwellings and learning about their former residents, the Sinagua. And this month the golden canopies of the area’s towering sycamore and cottonwood trees are reason enough for the drive.

Montezuma Well, one of several preserved Sinagua sites along the waterways of the valley, is an oddity in the high desert: an oval of deep turquoise waters formed centuries ago when an immense underground cavern collapsed and warm spring waters rushed in. The small lake’s hue and form must have appealed to the Sinagua―they built dwellings in the cliffs surrounding the well and used the water to irrigate crops.

Montezuma Castle National Monument. WHAT: The visitor center tells the tale of the Sinaguan culture and the misnaming of this large cliff dwelling by 19th-century settlers who thought that it had been built by the Aztecs. A short trail loops past the dwelling, limestone cliffs, other ruins, and an outdoor plaza where rangers give daily talks. WHEN: 8-5 daily. HOW MUCH: $3. WHERE: 2800 Montezuma Castle Rd., Camp Verde; www.nps.gov/moca or 928/567-3322.

Montezuma Well.  WHAT: The separate component of Montezuma Castle has trails around the well’s rim that descend to the water’s edge, where you’ll find graffiti left by early 20th-century tourists. WHEN: 8-5 daily. WHERE: 5525 Beaver Creek Rd., Rim Rock; 928/567-3322.

Tuzigoot National Monument. WHAT: Hike the 0.25-mile loop (moderate difficulty) around the ridgetop village to see the outline of the ancient 100-room complex, plus a 360° view that includes a bird-friendly marsh, the Verde River, and vestiges of copper-mining operations. WHEN: 8-5 daily. HOW MUCH: $3. WHERE: Tuzigoot Rd., 1 mile east of Broadway, Clarkdale; www.nps.gov/tuzi or 928/634-5564.

Old Town Cafe. WHAT: Try a brie, spinach, and olive panini at the cozy storefront eatery, but save room for gemlike chocolate tarts and strawberry tarts. WHEN: Breakfast and lunch Tue-Sat. HOW MUCH: $. WHERE: 1025-A N. Main St., Cottonwood; 928/634-5980.

INFO: The Verde Valley is about 100 miles north of Phoenix. Visit cottonwood.verdevalley.com for more information.