Hang a Left at Tatooine: A Star Wars–Themed Road Trip Across California

A long time ago, in a galaxy surprisingly close to home, a classic film series was born. Discover key filming locations and devotional stops on a road trip through California. 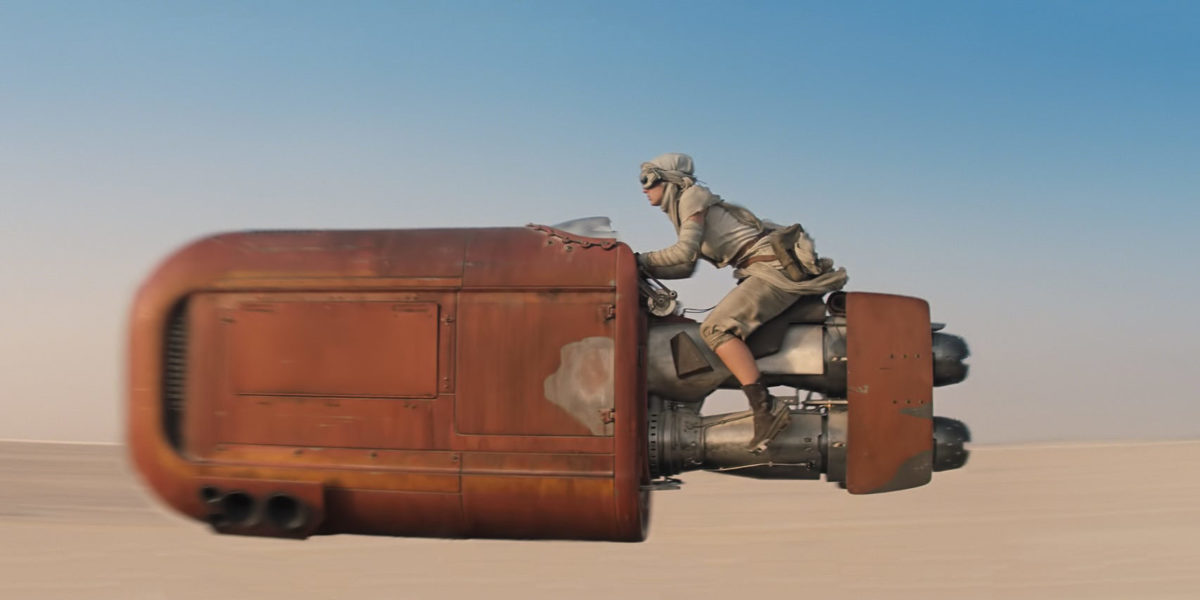 Courtesy of Starwars.com
Written by Nicole Clausing May 3, 2019
Share this story

The Star Wars universe currently spans 12 films (13 if you count the Holiday Special, of which we will never speak again) and takes place on planets separated by distances that are literally astronomical. Not surprisingly, it took locations scattered across much of Earth to recreate those alien worlds.

Happily, several of these locations are in California. Even more happily for Star Wars purists, these locations were all featured in episodes IV through VI, the classic trilogy released between 1977 and 1983. (You may know these films better as A New Hope, The Empire Strikes Back, and Return of the Jedi.)

If you’re a fan of Jar Jar Binks, and simply must follow in his footsteps, well, have fun tramping around the forests of England. But if you want to stand in the sandy footprints of a young Luke Skywalker, and also see some iconic film props while you’re at it, we’ve got a road trip planned for you. You’ll cover a lot of California, starting near the Oregon border, veering southeast almost into Arizona, and ending in Anaheim. It covers almost 1,400 miles (and more like 2,000 if you need to get back to your original starting point). You’ll want to allow a minimum of three days (four if you’re heading back north), but you’ll be happier with more. Because this isn’t a race, it’s a pilgrimage.

Even if you haven’t seen Return of the Jedi since the ’80s, we bet you remember the iconic Endor scenes with the Ewoks and the speeder bikes zipping through enormous trees. These scenes were filmed at Redwood National and State Parks. Hike through the Tall Trees Redwood Grove and you will expect to see furry little faces peeking out at you.

Please note that Rancho Obi-Wan is temporarily closed due to COVID-19 concerns. You can sign up for emails alerting you to the museum’s status when it changes.

Rancho Obi-Wan is a members-only museum of Star Wars memorabilia, the largest such private collection in the world. Tours can last as long as four hours, so bring your super-fan A-game.  A membership to the museum is easy enough to secure—you can buy one when you reserve your tickets online—but tours fill up weeks in advance, so make arrangements well before you hit the road. The experience is worth the trouble. A few hours spent among lightsabers, talking droid toys, and holographic chess sets, and you’ll definitely wish you’d held onto that old Star Wars lunch box.

If downtown Petaluma looks familiar to you, it’s possible you saw it in another George Lucas production starring Harrison Ford: 1973’s American Graffiti was filmed here. Though the film was set in Modesto, Lucas felt that Petaluma looked more like the Modesto of his youth than, well, Modesto. Cruise down Petaluma Boulevard North if you want to feel like Harrison Ford’s Bob Falfa—but don’t bother looking for Mel’s Diner. Those scenes were filmed in San Francisco.

To get on the Skywalker Ranch property takes a little advance planning. You have to make a reservation, get driving directions…and oh, yes, pursue a career in sound editing. George Lucas’s sprawling property in Marin County is home to Skywalker Sound, a professional production facility that also has luxurious accommodations, restaurants, a research library, an observatory, and, perhaps unsurprisingly, one of the most sophisticated movie theaters in America. Unfortunately, you need to have business at Skywalker Sound or wangle a personal invitation to visit, so this means the ranch is off-limits to most of us. (Seriously, don’t even think of trespassing; the Jedi mind-trick won’t work here.) Creative Commons photo by Maggie Osterberg is licensed under CC BY 2.0

The Letterman Digital Arts Center, located in the beautiful Presidio area, is the headquarters of Lucasfilm Ltd. Only one room is open to the public, but what a room it is! Building B’s lobby is full of first-class Star Wars memorabilia, including life-size effigies of Darth Vader and R2D2, replicas of many of the weapons wielded by various characters, and the Instagram-friendly, full-size representation of Han Solo encased in carbonite. You can’t miss the building—there’s a fountain out front shaped like Yoda.

These classes, too, are on hold due to the pandemic. Please keep checking to see when they return.

In San Francisco, level up your Jedi game by taking a class in lightsaber techniques from the Golden Gate Knights. You’ll learn some flashy saber tricks, work towards developing a sequence of combat moves, and do a little meditation to get yourself into the proper Padawan frame of mind. If you’ve unthinkably left your own lightsaber at home, the school can lend you one. Creative Commons photo by Matt Bell is licensed under CC BY 2.0

You’ll often hear it said in the Bay Area that the huge cranes at the Port of Oakland inspired the AT-AT walkers, the four-legged troop transports used by Imperial forces on the ice planet Hoth in The Empire Strikes Back. This turns out to be a myth, but steal a glance at the cranes anyway as you cross the Bay Bridge on your way out of town. It’s an entirely plausible idea. (If you have a little extra time, you can get a close-up view at Middle Harbor Shoreline Park, Oakland’s most interesting and woefully under-utilized public space.)

Make sure your bucket of bolts is in good working order for this next leg because you don’t want any desert breakdowns. Though many scenes of Tatooine were shot in Tunisia, California’s Death Valley National Park stood in for Luke’s home planet several times in both Episode IV and VI. If you visit the area known as Artist’s Palette, you’ll recognize sights such as the canyon where a lost and forlorn R2D2 wanders and a plain where a Jawa sandcrawler once churned. Near Desolation Canyon is the landscape where we first saw Tusken Raiders riding yak-like Banthas, and if you get a bad feeling when traveling through Twenty Mule Team Canyon, relax; it’s not a trap, but you are in the location used for filming the approach to Jabba the Hutt’s lair.

Scenes of Jabba’s turf were also filmed in the Imperial Dunes area of the Yuma Desert, in the Southeastern corner of California. (Yuma, Arizona, is the nearest city.) The Buttercup Valley section of the dunes was used as the setting for the Great Pit of Carkoon, the Sarlacc-infested hole that Jabba commands the heroes be thrown into in Return of the Jedi. Sand dunes shift constantly and the film sets were dismantled decades ago, so you’ll have to use your imagination here. The pit is believed to have been near this point. It’s said that with a little luck and a little digging, you can see remnants of the set’s infrastructure, such as fenceposts and discarded scaffolding planks.

From the harshest Star Wars location you’ll travel to the Happiest Place on Earth to bring the road trip to a sweet and fitting close. Disneyland’s Star Wars: Galaxy’s Edge was off-limits for about a year, but will reopen on April 30. This attraction has two parts.  May 2019 saw the opening of Millennium Falcon: Smugglers Run. This attraction—“ride” is too tame a word—allows visitors to help pilot Han Solo’s craft on a daring smuggling run through the galaxy. (Will the beloved hunk of junk hit 12 parsecs? Unclear.) And now guests can finally experience the second part, Star Wars: Rise of the Resistance. Immersive, interactive, and different every time, this experience alone may be worth driving over 1,000 miles for.

If you’re in Los Angeles on May 4, enjoy a glass of blue milk at the Scum and Villainy Cantina, “your friendly neighborhood geek bar.” But please, don’t drink and hyperdrive.

Get Your Reservations Now for Disneyland’s Star Wars: Galaxy’s Edge