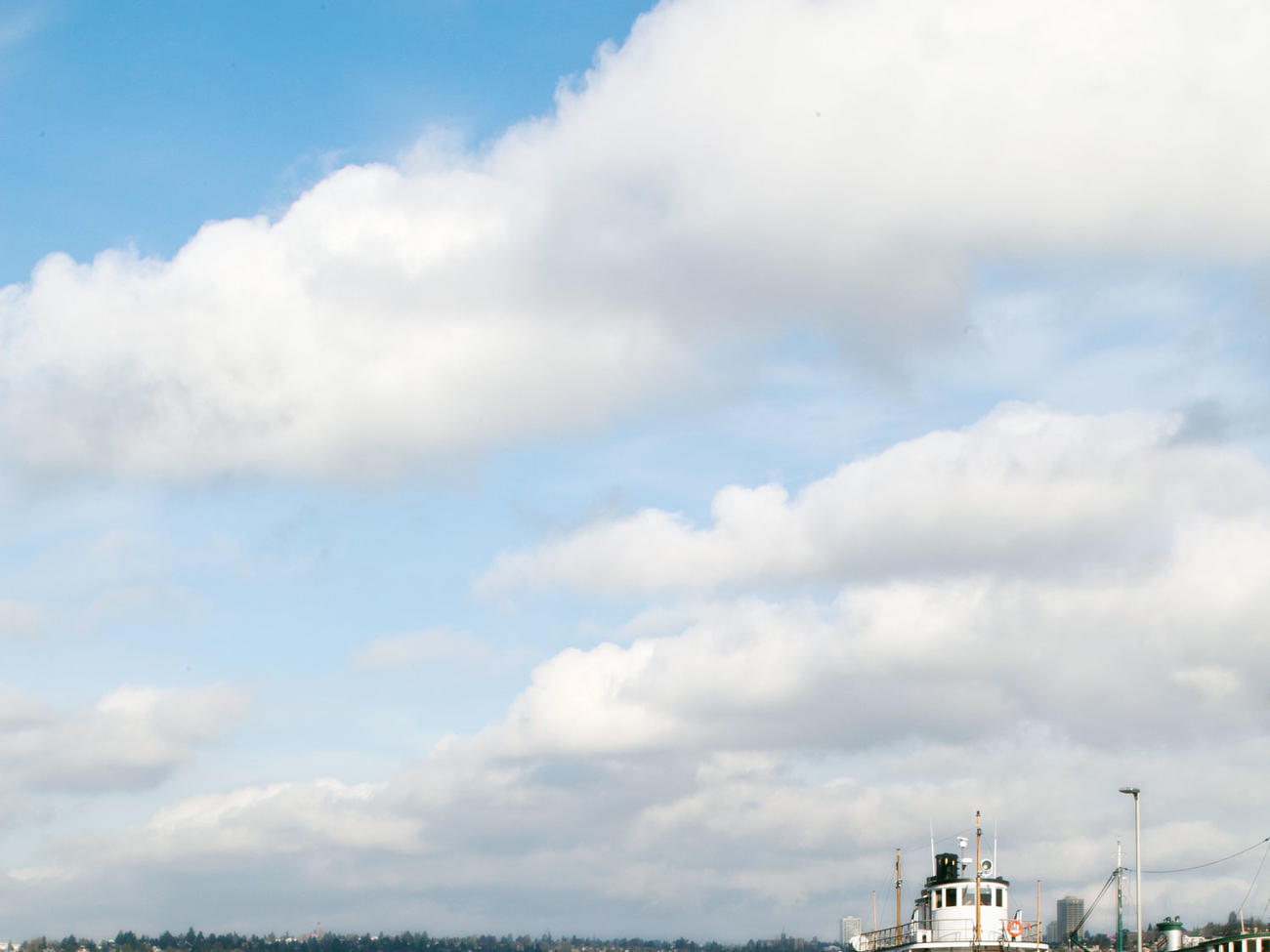 Michael Hanson
Once an industrial site, Lake Union Park now houses a model-boat pond and a 300-foot interactive fountain with a playground of waterway arches.
Written by Kathryn True March 3, 2011
Share this story

What it is: A who’s who of city shakers—Amazon, the Gates Foundation, BioMed—and 500 new designer condos bordered by indie cafes and boutiques.

What it was: Sleepy streets flanked by old warehouses.

New nickname: Allentown, after Paul himself.

Ditch the car: The Seattle Streetcar ($2.25; seattlestreetcar.org) transports you between downtown and South Lake Union. The vision? A whole network of routes.

Guests can take a self-guided tour of public art in South Lake Union like this sculpture by Akio Takamori.

Ultra-cool outdoor art: Thank billionaire Paul Allen for this self-guided tour of public art. Many of the pieces double as scavenger hunts: Find the hidden scientists in Buster Simpson’s Ping Pong Plaza, look for the genetic code in Labyrinth by Linda Beaumont, and imagine the missing rooms in Jenny Heishman’s Cabin Corners. Free maps at discoverslu.com

Comfort food gone global: Housed in century-old cottages and decorated in antique love seats, Row House Cafe is the epitome of cozy. Sandwiches are tasty and worthy of their high-and-mighty names: the Vatican, Kremlin, and Smithsonian. Our favorite is the Louvre—grilled brie on raisin-pecan bread with orange marmalade. $; 1170 Republican St.; 206/682-7632.

A locally made oilcoth wallet by Boje Designs can be found at Clover House boutique.

Take it home: Ballard-like boutiques have hit the hood. One of our favorites? Clover House, where you can find locally made stuff like hand-stitched hobo bags by Laarni and Tita, floral oilcloth wallets by Boje Designs, and pretty pendants by Tiffany Noel. Above Whole Foods at 2200 Westlake Retail Plaza, Westlake Ave. at Denny Way; cloverhousegifts.com

Next up: A Tom Douglas trio. Seattle’s biggest star chef is opening three restaurants in Amazon’s new HQ, the Terry Avenue Building—all open to the public.