For the Most Authentic Día de los Muertos Celebrations, Go to Mexico

You can partake in amazing Día de Los Muertos celebrations stateside, but there’s nothing quite like experiencing the festive tradition in its homeland There are plenty of incredible Día de los Muertos events across the West, but the Day of the Dead in Mexico is one of those bucket-list experiences you should try to do at least once.

Halloween has its moment South of the Border—complete with ghoulish costumes and fun-size candy—but it doesn’t compare to the country’s Día de los Muertos festivities. And, while it shares some roots with Halloween, the two holidays are completely different. Day of the Dead in Mexico originated in part with the same Catholic holiday that honors saints and martyrs, but here the event combines with Aztec traditions to make for a joyful, colorful celebration that honors the deceased.

On this day, Mexicans welcome back the souls of their deceased loved ones by constructing elaborate altars, decorating their graves with emblematic marigolds, and holding candlelit processions. Like any real party, food is a major player, and sweets like pan de muertos (a sweet bread) and spun-sugar skulls are served. The figurehead of the festival, La Catrina, a dapper skeleton dressed in fancy European garb, was created to mock the Mexican aristocracy during the height of the Revolution. The satirical figure is also meant to poke fun at death itself and can be seen in household decorations, public displays, and the thousands of revelers who paint their faces in celebration of the cycle of life, from start to end.

5 Places to Celebrate Day of the Dead in Mexico 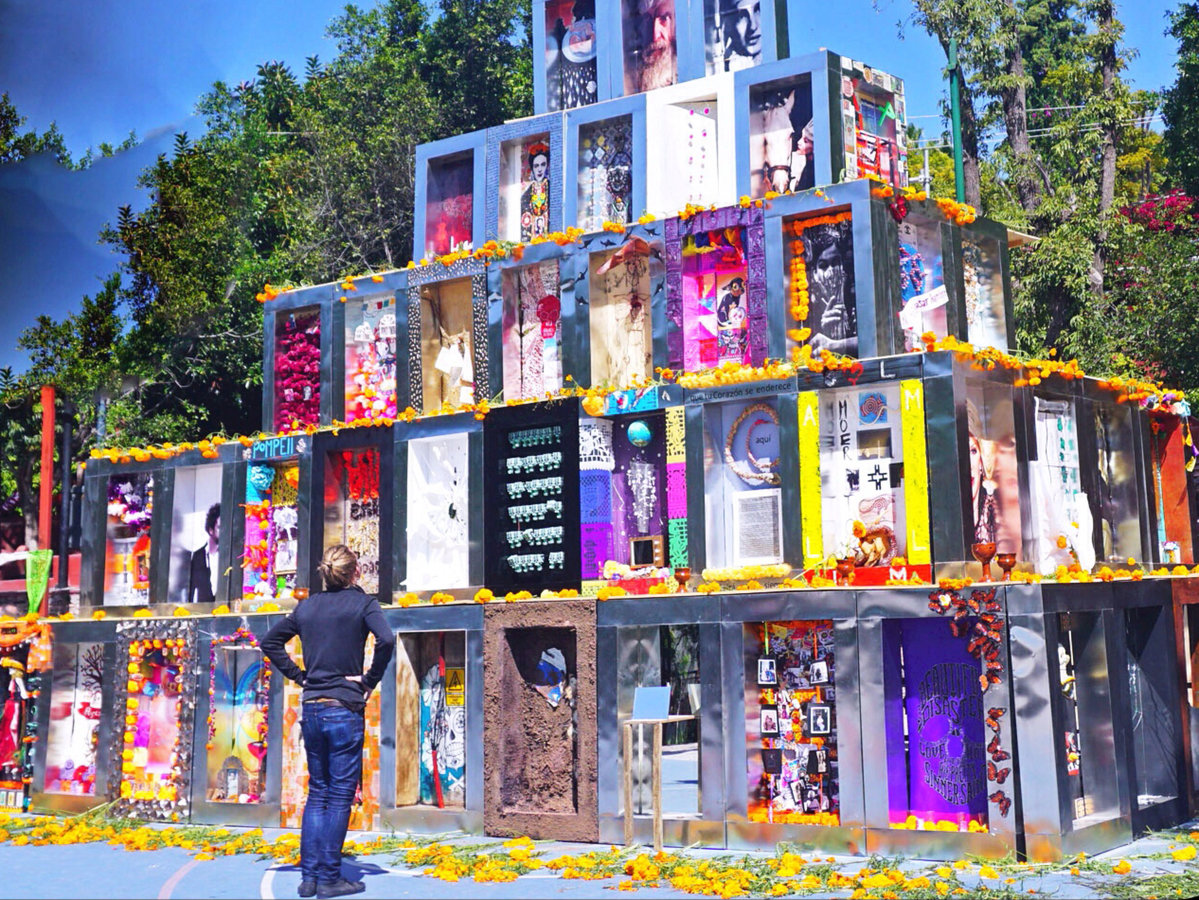 For a spirited Day of the Dead in Mexico, San Miguel de Allende should be at the top of your list. Long known for its free spirit, SMA throws a party unlike any other. La Calaca Festival takes the city by storm, in a five-day celebration complete with art installations, plays, public altars and processions, live performances, and DJ-hosted dance parties that last through the night. The La Catrina has women and men with elaborate costumes and makeup passing out candy to children. Fun fact: Mexico’s capitaldidn’t have a full-blown festival until 2016 after the James Bond film Spectre showcased a scintillating scene of the holiday’s festivities in the city’s main plaza. Though you can catch the party in Zocálo, you’ll find a far more authentic celebration southeast of the city center, in San Andrés Mixquic. The ex-convent and church bedecks its main cemetery with thousands of candles and marigolds, and midnight processions bring thousands of capitalinos to the altar-lined streets. 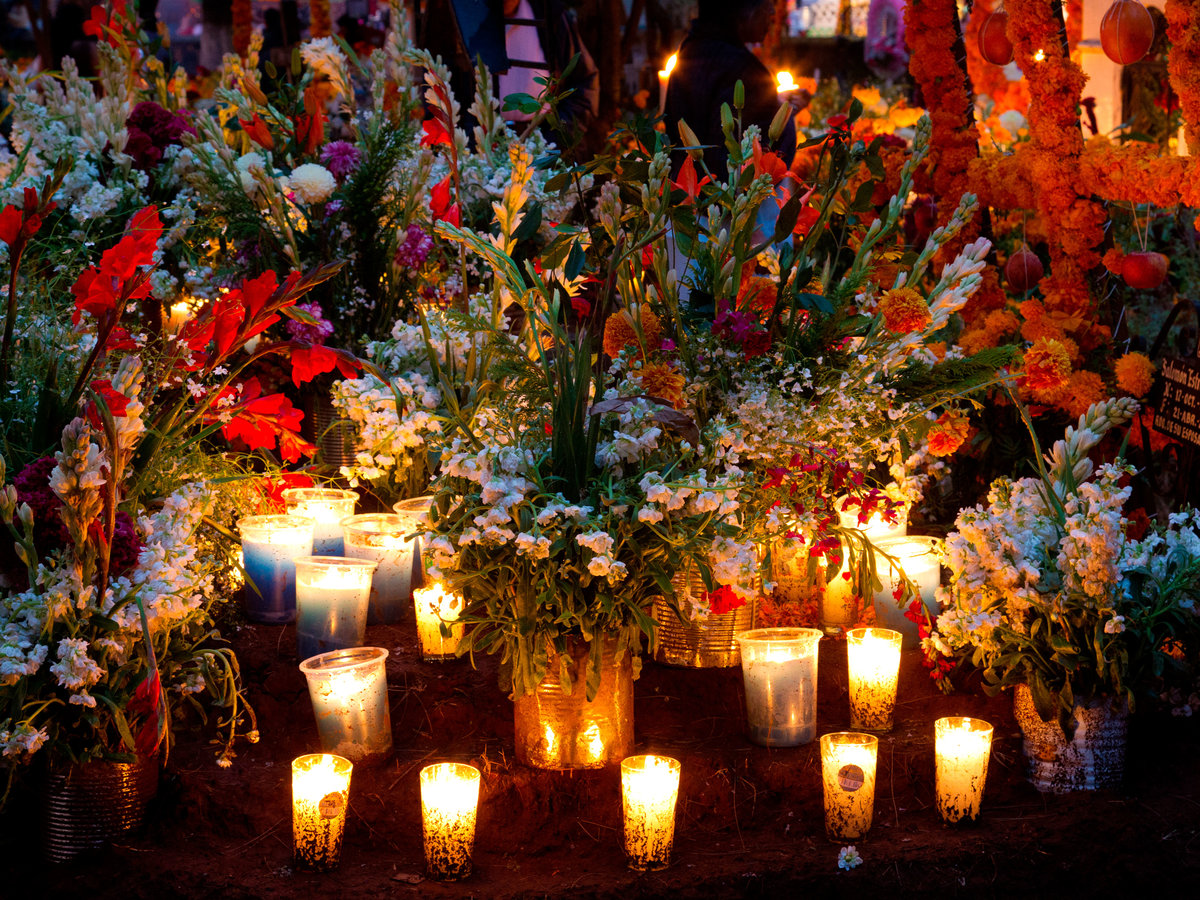 For a unique take on Day of the Dead in Mexico that goes all night, head to Michoacán. The Purépecha, an indigenous people centered in Michoacán, honors the dead with sacred midnight vigils beginning at sunset on November 1 and continuing until dawn. In Janitzio, the main island on Lake Pátzcuaro, cemeteries fill with crowds and torch-clad rowboats light up the lake, drawing thousands of spectators each year. 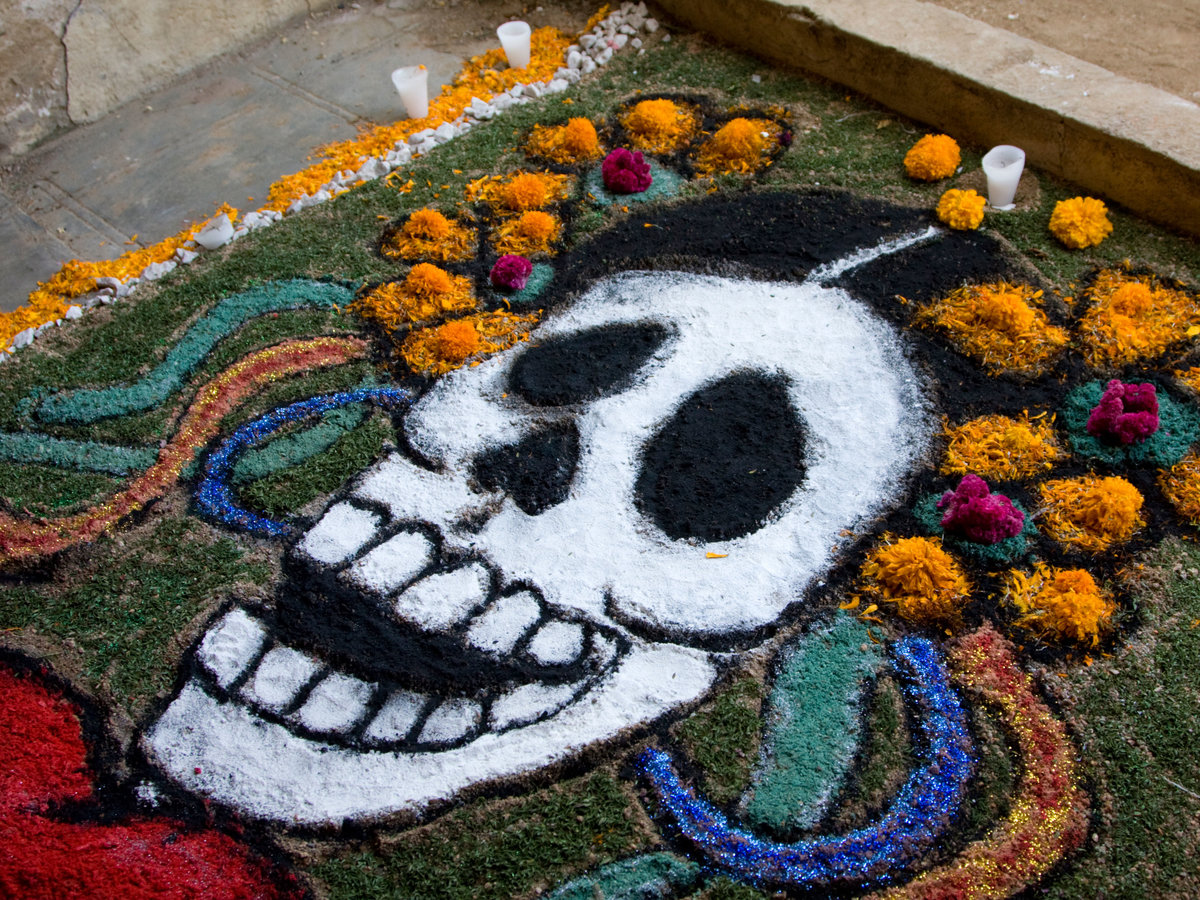 The southwestern region might be famous for its tequila and mezcal, but the DOD celebration is right up there too. Here, the celebrations are known for comparsas, or groups of musicians and costume-clad characters that traipse through the city dancing, drinking, and making merry. In addition to the seemingly endless altars and parades, local artists pay tribute to the dead with colorful sand tapestries. The grandest can be found in the city’s main plaza, next to La Soledad Church, where truckloads of sand are transformed into elaborate memorials. 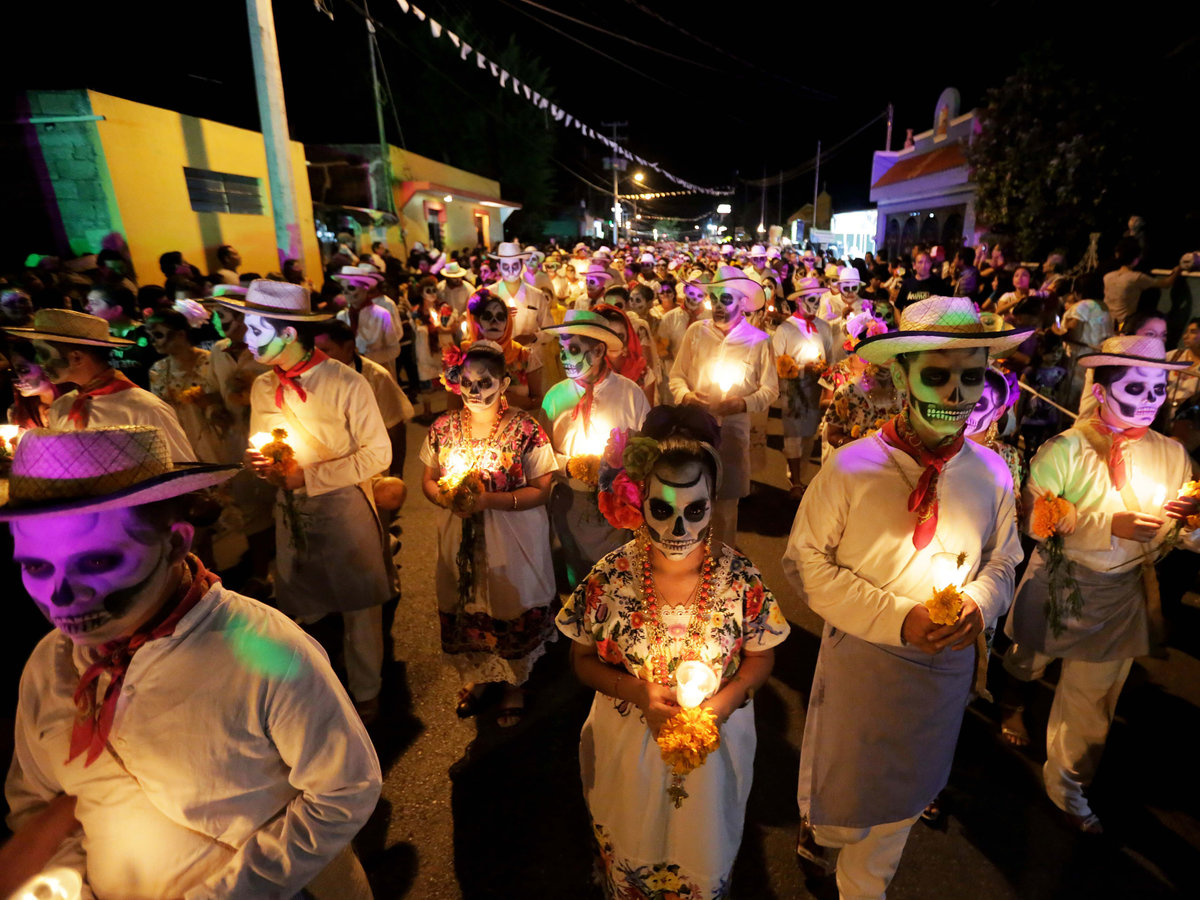 This Mayan town on the Yucatán Peninsula welcomes their dead with Hanal Pixán, or “food of the souls,” a multilayered Day of the Dead in Mexico celebration with traditional cooking at the heart of it. The main parade, Paseo de Las Ánimas (Passage of the Souls), shuts down streets to showcase altars and musical performances, culminating with a Mayan ceremony in the town’s main cemetery.

A big thanks to The Mexican Museum, a San Francisco-based affiliate of The Smithsonian, for providing their cultural and historical expertise. Learn more about their expansive collection of artifacts or schedule a visit.

Monster Bashes, Thriller Dance-Offs, and More at the Best Halloween Events in the West