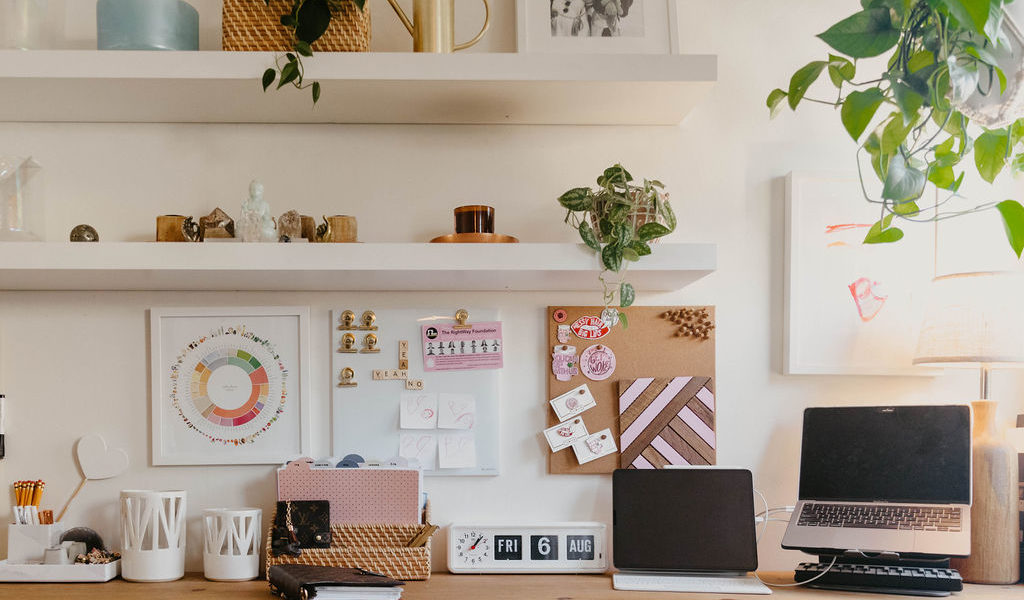 “Her whole process is transformative. It’s not the tips she gives, she leads by example, and through doing the process, you start to see the big picture. Finding the joy in a space is all about why you own something.”
Written by Jennifer Konerman August 31, 2021
Share this story

That was the first step for Joanna Heart, owner of Palm Coffee Bar in Burbank, Calif., who needed Marie Kondo to help implement organizational systems to make things easier for her employees and to help her manage her time more efficiently.

Heart, featured on Netflix’s Sparking Joy with Marie Kondo, which premieres Aug. 31, was one of three small business owners to transform their stores and homes with the legendary organizer’s help.

“I was having issues balancing time,” says Heart. “I have a 6-year-old at home, I was running all my office stuff at night, and I couldn’t manage everything. I consider myself an organized person but it was too much.”

Kondo delivered solutions to that and much more. In the latest iteration of her Netflix organization series, she brought her philosophy to the coffee shop and gathering place in Burbank’s Magnolia Park neighborhood, as well as the owner’s home (she lives one block away).

“The impact of tidying is delightfully surprising, emotional and transformative, and we see how it can be applied to businesses, relationships, and communities, making room for meaningful experiences in people’s lives,” Kondo said of the new show in a release.

At home, Heart found she needed to create storage out of nothing and transform her home office (and only office) into a space she wanted to be in. Heart grew up in the suburbs near Philadelphia and says she was drawn to Burbank because it “felt like the closest thing to home.” The Magnolia Park neighborhood is friendly, independently owned stores are plentiful, and homes and storefronts are known for being on the cozy side. “I grew up living in small spaces, so I love being able to manage what you have,” Heart says.

But what she had was one storage closet—for an entire family. When she, her husband, and their 6-year-old son moved into their 1,600-square-foot home right before opening the coffee bar in 2018, Heart realized that some of their existing furniture didn’t fit the space and they couldn’t find places to store everything they owned. And initially, she was terrified that working with Kondo meant she would have to throw all those things away.

“I felt like I needed to be a minimalist, but I was using everything. So I had piles everywhere,” she says.

On the show, they focused on her home office, where she works on planning and paperwork for the coffee bar since she doesn’t have an office in the actual shop. She learned from spending time with Kondo that while it’s important to have tidy tabs and an organized filing systems, it’s really the little things that make a space joyful and welcoming.

For example, when Kondo discovered a beloved set of crystal bowls used for sound baths stashed in a bag in the back of Heart’s closet, instead of tossing them, she encouraged Heart to display them in a place that could bring her joy every day and share with people she loved.

“It was a huge ‘aha’ moment for me,” Heart says. “She made me realize I can keep the things I want but I can showcase and use the things that are beautiful and I love so much. So now the bowls are in my office. I can see them right when I walk in, and it’s so inspiring.”

Meanwhile, the coffee bar also needed help. Kondo and Heart worked to re-think the whole space, starting behind the counter, where the menu was originally featured in large black letters on the wall. But they realized the space was much more efficiently used as storage, so they moved the menu to a smaller space near the checkout and put shelves on the wall for the many, many bags of coffee that previously had no dedicated space. In the espresso machine area, they tidied up their tools and labeled everything in wicker baskets so that bar tools were organized and ready for the baristas at a moment’s notice.

Heart received nothing but positive response from her team on the changes, and she says the customers can feel the change too.

“I wanted to build a coffee bar that feels like a safe space for everyone in this neighborhood. My dream was to connect people—our neighbors with other neighbors. I wanted this to feel intimate, because the point is the people!” Heart says. “I think the first time I saw someone reading a book in here, I had a tear in my eye, like, ‘I did it!’”

And when Kondo left, Heart took her philosophy and kept going—throughout her entire house. She started with a major overhaul to her son’s room, placing herself in the mind of a 6-year-old.

“I was constantly cleaning up a pile of toys,” Heart says. “He can’t find anything, but he can’t dig through a big toy box; He’s 6 and will never do that. So I thought, ‘what would it be like to be 6?’ and I applied Marie’s advice to his space.”

So she put all the toys her son plays with daily, like his train tracks, in clear, soft plastic bins where he can see them and easily access them. Other toys are higher up in bins in a closet depending on how much he wants to play with them. The toys that are used the least and never brought out to play with can go into a “toss” pile one day when he’s ready. “Now his toys are being taken care of, he can easily put them away, and they have a home,” Heart says.

In her living room at home, Heart built more storage where there was none. “Now the entire length of the room is storage. I have a summer section, I have blankets for outside, spray bottles when it’s hot, kids’ outdoor toys, office and paper supplies, even holiday things in there.”

While, like many, Heart had assumed Kondo’s advice would center on throwing out and giving away things that don’t bring her joy, she found that it was, in many ways, the opposite. It’s about valuing the things you do have and making sure it’s organized and shown off in a way that makes a space happier and more joyful on a daily basis.

“I found that the point is to use the things you love, be one with them, and share them,” Heart says. “I thought I was getting help cleaning up, but it changed my priorities everywhere.”

How to Get Your Own “Cloffice”

5 Unexpected Ways to Spark Joy in the Kitchen