From Fern Mania to Houseplant Hoarding: Plant Trends Through the Decades

From 17th-century Dutch tulip mania to today’s air plant craze, plant trends are nearly as old as gardening itself Just like any other aspect of our culture, our taste in plants is subject to change by the decade. What we grow is dictated as much as by what’s available at the nursery as it is by aesthetics. Either way, plants are slaves to trends, just as much as home decor, music, or fashion. Sure, there are always roses—basically the Audrey Hepburn of the garden, good-looking no matter what you put her in, never out of style. And then there are carnations. Dowdy, dated carnations. (Carnations really need to hire a new PR person.)

Gardening as a pastime is a relatively recent construct. Sure, flower pots have been around since ancient Egypt, but the act of gardening itself was always seen for what it is: labor. It didn’t really become a hobby until the Victorian Era, but then it really took off. There was a Victorian fern craze, a Victorian orchid craze, a Victorian seaweed craze, and even a Victorian celery craze. And that’s just the plants.

First of all, only the wealthy had time for such frivolity as gardening (or collecting celery vases) for fun. Gardening was a great escape from the oppressive city air, freshly polluted by the burgeoning Industrial Revolution, and spending time out in gardens was touted as heathy for adults and children alike—recall the salubrious effects of gardening on dour, choleric Mary in The Secret Garden. Posies became a stylish accessory for women, flower shops began to flourish, and Victorians communicated secret love messages (and some truly savage shade) with the language of flowers. Collecting plants and showcasing them in little glass cases was especially exhilarating in those pre-Instagram times. Plants had to literally be wrested from nature’s wild bosom and transported to homes—often in highly unsuitable climates—without dying. The thrill of it all! Rich people always found rarity and ephemera completely intoxicating, and the tendency for the other 99% to chase after the novelties of the wealthy have had lasting effects on the way we thirst for plants today.

The mania for exotic plants, in part, drove scientific exploration of the American West. Many of the plant species native to the West were “discovered” and named for the British and Scottish botanists looking to make a name for themselves back on the other side of the pond; British botanist Joseph Dalton Hooker, who botanized much of the region in the late 1870s (and has a species of manzanita, inula, and fairy bells named for him to prove it) is said to have been responsible for the rhododendron craze among British gardeners.

Though the onset of new plant trends seems to be something of a mystery, research geneticist and urban tree breeder Richard T. Olsen offered some insight as to why plants go out of fashion, in an interview with the New York Times. Firstly, if a plant turns out to be susceptible to a pest or disease, it’s hosed. The fickle public will be onto the next blousy blooms in a heartbeat. Secondly, if a plant becomes invasive, blooms at the wrong time or too fleetingly, or otherwise just behaves badly (I’m looking at you, you messy horse chestnut), people will turn on that plant with a quickness.

Here are some of the major trends in plants and gardening over the past hundred-plus years. Thanks to French fashion designer Paul Poiret, Orientalism was at the height of fashion (though openly derided by Coco Chanel a decade later). Azaleas and Japanese maples were beginning come into vogue. The Art Nouveau movement also had sweeping influence; the floral motifs seen all over Tiffany lamps were translated to the garden as well, with lily, poppy, lilac, and iris popping up in American gardens (the American Iris Society formed in 1920).

This was also the decade when many American cities began planting street trees in earnest; tree planting became a uniquely Californian urban design elementas Southern California towns were settled by tree planters and nurserymen. The Chaffee brothers spread their fondness for palms, pepper trees, and eucalyptus across the Ontario area.

The Victory Garden made its debut during World War I, and coupled with home canning, offered American women a way to actively participate in the war effort by making “Every Garden a Munitions Plant.” In 1926, California-based Monrovia became one of the first commercial nurseries to sell potted plants grown right in the container; this drove selection for plants with compact root systems, and home gardeners could finally select flowers that didn’t have to be grown from seed or bulb. This sudden availability and variety of plants drove even more garden trends. Elsewhere in California, plant and garden societies began cropping up left and right: the American Begonia Society and the American Amaryllis Society (now the International Bulb Society) both opened within a year of each other in the early 1930s. Many of the garden plants that we think of as “old ladyish”—roses, hollyhocks, foxglove, delphiniums, carnations, and columbines—were hugely popular in the 1930s, showing up everywhere from gardens and bouquets to fashion and wallpaper. Once wartime was behind us, the American backyard took over the front porch as the place for outdoor leisure. Lawns and shrubbery were more manicured for smaller suburban lots; MiracleGro launched in the late 1940s, and widespread deployment of chemical fertilizers, pesticides, and herbicides assisted in the fight for tidy landscape perfection.

To feed this desire for a flawless backyard, bulb and shrub societies were launched nationwide—the American Daffodil Society, American Lily Society, and American Camellia Society all formed at this time, and Capitola, CA’s tuberous begonia farmers held the first Capitola Begonia Festival in 1952. 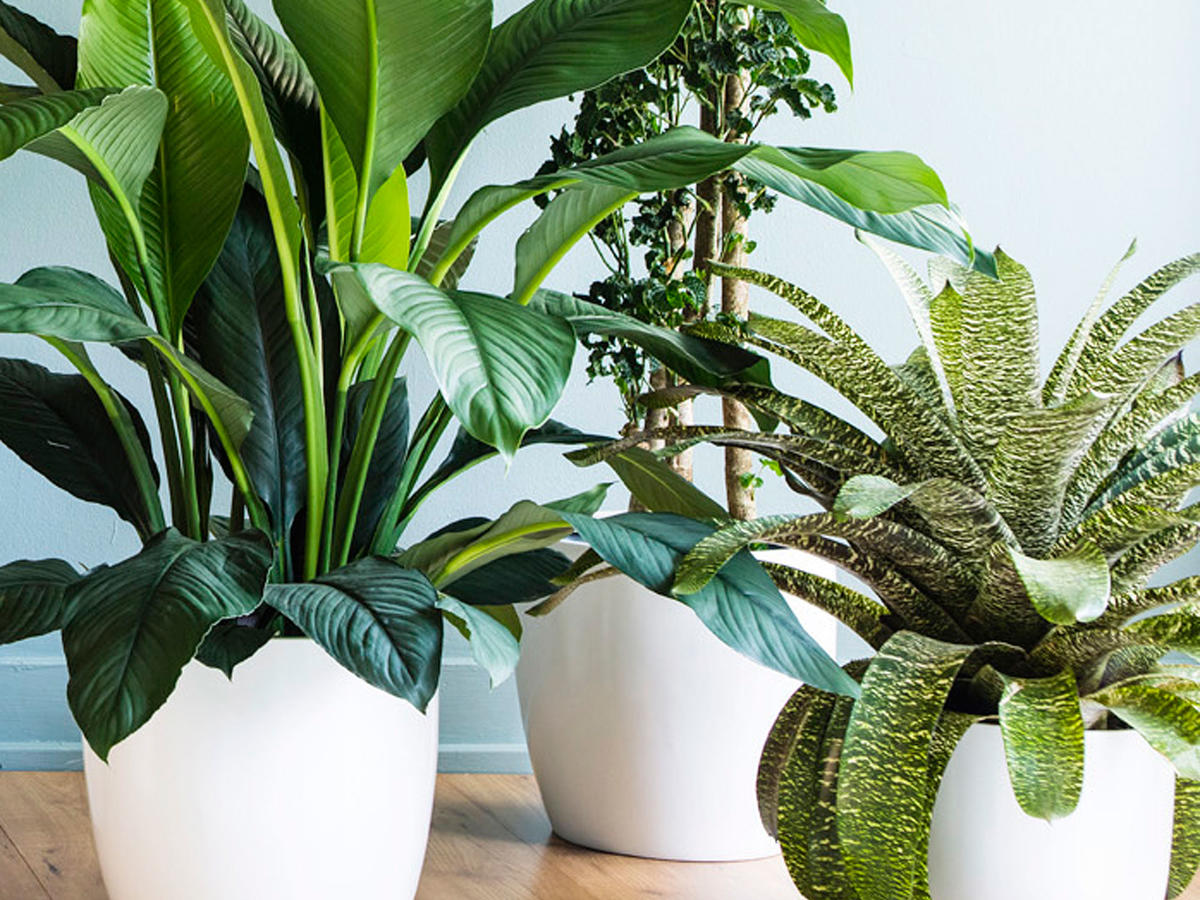 Houseplants seem to be one of the most enduring garden trends; they’re currently back in a big way because Millennials, it turns out, have nothing else of their own. But as far back as 1973, New York Magazine gave up precious real estate to report on “New Plant Shops in Town,” with specific shouts-out to philodendrons, rubber plants, and geraniums as plants that weren’t going anywhere, along with “exotic” plants like ferns, dieffenbachia, and orchids. Weeping fig, fan palm, prayer plants, and spider plants were all popular. By proxy, terrariums and bottle gardens also exploded in popularity in the 70s, showing up in craft books and lifestyle magazines throughout the decade. The Biosphere, designed by Buckminster Fuller, had been so popular at the 1967 World’s Fair that people possibly wanted mini versions for their homes.

1980s-90s: Environmentalism in the Garden Michael Pollan’s 1989 NYT essay “Why Mow” called on the carpet our national obsession with pristine, green lawns, specifically noting our uniquely American habit of creating seamless lawn-to-lawn expanses. “France has its formal, geometric gardens, England its picturesque parks, and America this unbounded democratic river of manicured lawn along which we array our houses,” he wrote.

Echoing the Victory Garden movement of the 1940s, “avant gardening” collective Food Not Lawns emerges out of Eugene, Oregon, in 1999, urging people to replace wasteful grass-scapes with fruits and vegetables. They organize seed swaps and start community gardens, and now have over 50 chapters worldwide.

Following widespread drought throughout the West, planting low-water gardens started to get traction. The term “xeriscaping” had been coined in the early 80s to describe gardening with unthirsty plants, and the aesthetic soon caught on. Succulent gardens cropped up, with hens-and-chicks increasingly being joined by echeverias and aeoniums in nurseries.

Along with sushi, bonsai became popular in the 1980s (the National Bonsai Foundation was formed in 1982). Phormium and canna lily begins showing up in outdoor gardens around the West in the 90s. 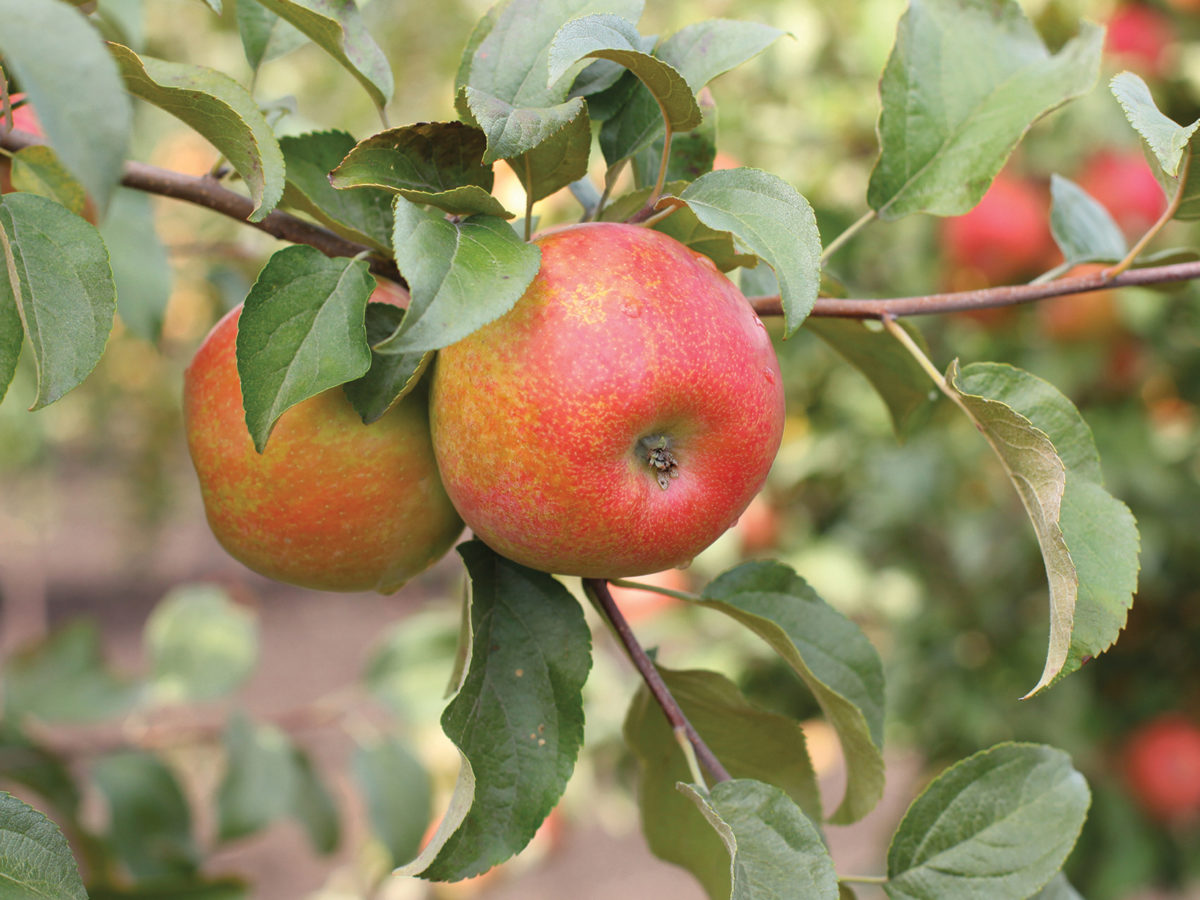 Homeowners seemed to internalize Food Not Lawns’ message—they began giving up on ornamental trees and shrubs and landscaping with edible plants instead. Possibly due in part to the mid-oughts recession, younger/newer homeowners really wanted the most bang for their buck, and favored utility over what plant and garden trends were popping up in magazines. There was also an emergence of a DIY “can-do” attitude that led even urbanites to crave a more useful landscape. Urban farms spread around the West; backyard chickens and bees helped would-be homesteaders fully commit to the bit.

For those who were still bothering with ornamentals, darker-leaved plants like ninebark ‘Diablo,’ purple smoke bush, and black lace elderberry gained popularity. Though the Capitola Begonia Festival celebrated its 65th and final year in 2017 (all of Capitola’s begonia growers seem to have gone out of business), begonia houseplants are making a comeback—but the plant is trending with striking foliage, not bright flowers. Houseplants and succulents are back in a major way (along with macrame plant hangers for display in all the Instagrammy cafes). Also in vogue are low-maintenance and wild/meadowy/natural-looking gardens for outdoor spaces.

Making America Green Again, cannabis is legalized throughout much of the West, and even suburban families take to growing a plant or two in their backyards.

Though our tastes in specific plants and design elements might change over time, we all still want gardens to be a place to which we escape. Backyard hideouts for grown-ups—fancy treehouses, revamped sheds, and tucked-away spaces will never go out of style.

12 Backyard Updates You Can Do in a Day