The Plant Good Seed Company’s Quin Shakra walks us through the basics of growing seeds in raised bed environments. 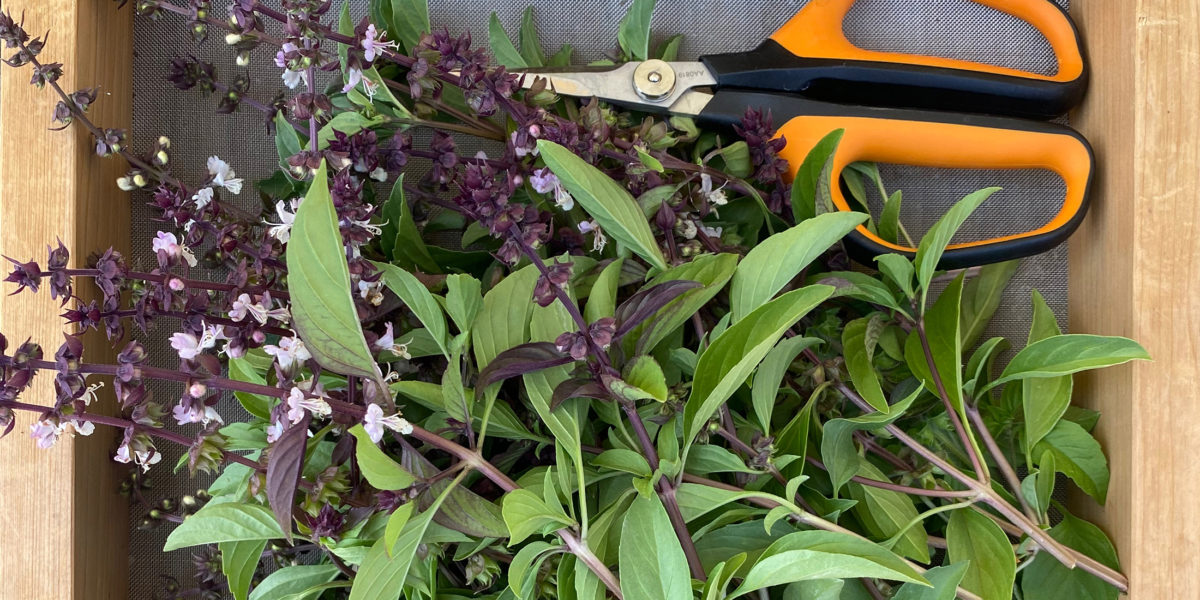 Quin Shakra is crazy about seeds. The owner of The Plant Good Seed Company in Ojai, California, specializes in small-scale farming, planting charts, and gardening education. He even co-authored a seed-saving comic book series.

The advantage of raised bed growing with seeds, as he sees it, is the one-on-one relationship that forms between a gardener and a seedling. “You have more of a full life cycle view on the plant,” Shakra says.

On which things to start from seed in raised beds, he advises looking for variety, seeds that can grow at the same rate, and ideally something you can keep harvesting from, like beans. What kinds of things to avoid? Perennials like oregano, “unless that’s the only thing you want to grow there,” Shakra says.

We asked him all about growing from seeds, preparing raised beds with the soil a seedling needs, and common mistakes in small space growing.

If I want to grow from seeds, what is the most accessible way to start a raised bed project?

I’d go with seed guides. I think starting from seeds is very intimidating for people, and sometimes I recommend they go for transplants, but I really think the bigger the seed, the better. Try for something you can see and get a sense of heft. It’s a lot easier to get things wrong with seeds in terms of soil depth. When people can’t get seeds to start, I ask them their soil depth. If the seed is buried too deeply, it won’t reach the surface. It’s just an easy mistake to make. That can be a mistake that becomes disempowering.

Also, I would think about your crops. If we’re talking about limited space or containers, we have to talk about root mass and what those crops take up or how fast they grow, because we’re dealing with all kinds of variables in raised beds and bounded space. We tried to get a friend’s herb garden set up; they probably had 4 square feet of area, and they had rosemary and oregano in there, and I thought, we have to move those. You won’t be able to do anything else if those perennials take over.

Which vegetable, flower, and herb seed varieties do you recommend for beginner growers?

Chard, kale, collards, herbs are a great thing to start with. Cilantro is a polarizing one because of the taste, but it’s great to grow.

What are the best and worst seeds for a raised bed in a particularly small space?

Crops that are slower-growing “one hitters” such as cabbage or cauliflower tend to be less ideal for smaller spaces, mainly because they take a long time to grow and use a lot of the available space and soil nutrients while doing so. Things that you can perpetually harvest from (lettuce, arugula, cilantro, parsley, kale, collards) make better use of the space. Beets and lettuces are especially nice because they are crossover crops–they can be harvested one time, but they can also be leaf-harvested for a period of time.

What seeds grow best together in a raised bed?

Things that have a similar rate of growth. Most vegetables have “full sun” requirements, which typically means 6-10 hours a day of direct sunlight. Growing a fast-growing and slow-growing crop closely together at the same time means one crop will eventually compete with the other for light.

What herbs would you stay away from?

Perennials like oregano, unless that’s the only thing you want to grow there. Try for a mixture of crops, if you want flowers and leafy greens, you might want to separate the herbs away from other seeds, versus trying to aggregate everything all at once. You don’t want to plop in a perennial that will just keep taking all the water and soil area, colonizing the area and nutrients from anything else in that space. Some of those can be quasi-invasive if they’re not kept in check.

What are the pros and cons of planting from seeds in a raised bed?

You have more of a choice over what kind of things you grow. Go to a nursery and there will be basil there, but in terms of choice, just imagine the genre of a culinary basil—there are 30, maybe 40 different types. So with a seed you get to choose, and often certain varieties are better than others. This is important with things like tomatoes, there are thousands of different varieties to choose from.

Typically in a nursery, a seedling is raised and it’s babied to the point to where it’s delivered to you, and some things do OK with transplants like that but others have transplant shock. They were growing up expecting all of this pampering and they suddenly didn’t get it. Whereas, if you start from seed, it’s working from the beginning in the conditions that you have.

On an experiential level, it’s nice when people want to have a relationship with a plant from the beginning, which is very cool and sort of profound. You have more of a full life cycle view on the plant, and you get to see the little first leaves come out, and you get to recognize things that you wouldn’t get to experience with transplants.

For beginners, it’s far more educational. It requires someone being able to accept that there are mistakes, limitations, and that’s just in gardening overall. How you come back from those mistakes is the teaching point.

For the best results when planting from seeds, what do raised bed gardeners need to know about soil?

Start seeds in a soil that is weed free, or at least without significant weed pressure. Weedy plants tend to germinate and grow faster than most typical vegetable, flower, and herb seeds. Once all these things are growing together you might have trouble separating weeds from the plants you want. Starting seeds in a separate weed-free soil medium (such as a quality store-bought potting soil) and then later transplanting is one way to eliminate this problem altogether. This also helps you learn to identify your plants at a very early stage–most helpful if you’re just getting started.

Soil in contained/constrained spaces can be riddled with problems. It can be poorly drained, be deficient of nutrients, or infested with non-beneficial insects. Many backyard ground soils may contain toxins from past building or human development. A soil test from a quality lab can be helpful to make sure what you’ve got is OK to plant in. Sometimes it’s best to just start with brand new soil, just to have a clean slate from the beginning.

What do people tend to forget, gear- or tool-wise, when starting a project like this?

I totally advocate “use what you have” in terms of materials and tools. Smaller growing spaces make flexibility even more possible. Don’t get caught up on having some set ideal of tools or stuff to get going. Just start. Probably the best thing to have is a method of watering that doesn’t disturb your plants or displace them while growing. This is especially important when you are starting plants from seed. Too much water pressure can displace or prevent seeds from germinating altogether. I like the Dramm 12734 One Touch Fan Nozzle for both general purpose watering and seed starting. The rate of water can be controlled very precisely.

What is your favorite thing to grow?

It’s always changing! I’ve spent a good amount of my agricultural career growing the typical garden vegetable plants. In the past few years I’ve focused more on hardy perennial shrubs that don’t require a lot of water and nutrients, and in most cases are native to the Mediterranean climate here in Ojai. Sages, Elderberry, California Buckwheat, that sort of stuff. I also like working with catnip and catmint because my cat Ivan loves the process of seed harvest.

Hydroponic Garden Hacks: How to Grow Your Vegetables Like Zooey Deschanel

5 Container Gardens for Every Type of Gardener