Swiss Chard Is Super Versatile: Try These Recipes While It’s in Season

Chard can be seared, sautéed, added to a scramble, or mixed into stews for added greenery and delicious flavor from late fall through winter. 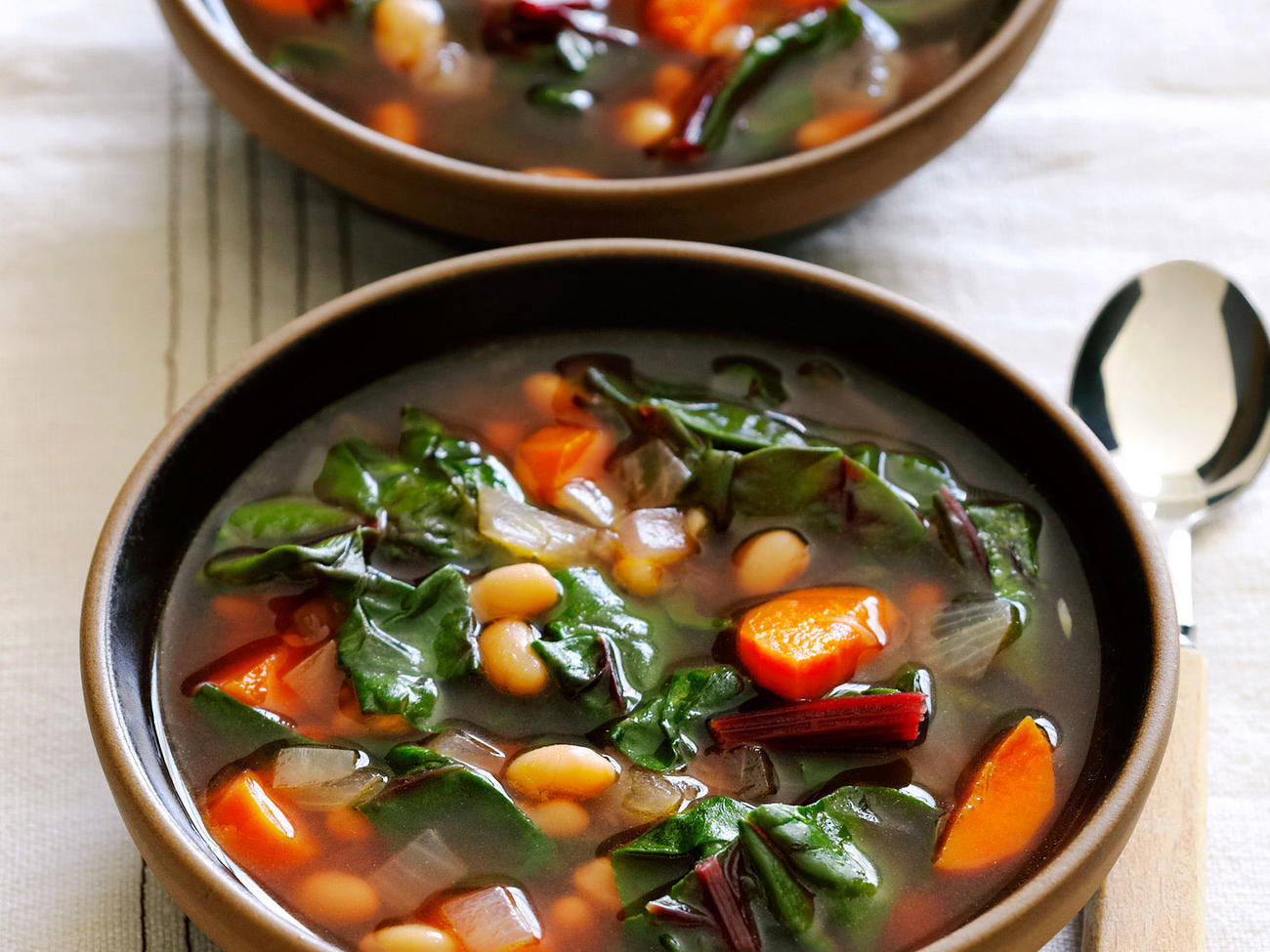 Chard isn’t just a vitamin-rich leafy green in varying shades and colors (hence the rainbow chard variation). It is also a great addition to dinner or brunch dishes when you’re in need of more green at the table. At its finest state in November and into early winter, this green is about to start flourishing in gardens and appearing in bushels at grocery stores across the West. Get ready: Chard varieties lend themselves well to soups, stews, stir fry, and more.

When it comes time to preparing chard, it’s best to start by removing the leaves from the stem. Simply cut around the stem with a paring knife or run your fingers from the stalk’s base to remove the leaves uniformly. The stems can be used in any dish that the leaves make an appearance in—just chop them up as one might a mushroom stem and saute them with the greens. Chard is a wild beet relative that originated within the Mediterranean near Sicily, making it a crop that thrives in Western climates due to gentle winters.

Below, we’ve gathered recipes that showcase chard in its finest uses—as a wrap for halibut in a simple baked dinner, mixed with chanterelle mushrooms and walnuts for a perfect fall side, and blended into an easy pesto when basil becomes a little more scarce (and way less in season). Further explore cooking with chard by searing it with garlic and fatty proteins like bacon or sausage or whisked into an omelet or frittata.

As you get accustomed to the somewhat bitter green flavor and at times waxy texture of chard, you’ll see the difference in comparison to other winter greens like kale and rapini—both of which have a bit more bite and chew to them. Below you’ll find chard recipes that range from stuffing to white bean soup to help take advantage of the seasonal green.

Rainbow Chard with Chanterelles and Walnuts

For an easy vegetarian version of this hearty main dish, omit the bacon and add a little more olive oil when you sauté the shallot mixture.

If we could have only one other dish besides turkey for Thanksgiving, this would be it: hunks of juicy sausage, fresh parsley, good bread, and lots of chard—a stuffing that works as a side dish, too. Former Sunset food editor Jerry Anne Di Vecchio got it from her mother-in-law, and it’s just as appealing now as it was all those years ago.

This brunch of a breakfast classic gets a heartier green than the usual spinach that might be used in a packed frittata. While spinach cooks away to a much smaller green accent in dishes like this, chard holds its size, shape, and flavor through baking.

We like the robust flavor of red Swiss chard in this soup recipe from Sunset reader Juliet Grossman of Temecula, California. You could also make it with green Swiss chard, which is milder.

Because halibut is the star of this recipe, make sure that you use the freshest fish available. You’ll need two bunches of chard to get enough large leaves to wrap the fish, and a two-tiered bamboo steamer to steam it.

Using fresh chard leaves in place of the usual basil is a great way to enjoy the classic sauce year-round. You could also try spooning the pesto over squares of pan-browned polenta instead of pasta.

Technically a seed (so no gluten), quinoa is touted as a superfood for its high fiber and protein. The runny yolk of a poached egg creates a perfect amount of sauce on top.

Roasted Cauliflower and Shallots with Chard and Dukkah

The secret ingredient in this dish, inspired by one served by chef Matthew Dillon at the Corson Building in Seattle, is an easy-to-make Egyptian toasted-nut-and-spice blend called dukkah.

An Olive Oil Sommelier Spills: How to Spot the Difference Between Authentic EVOO and Imposter Brands