Here’s how to build your own bocce court 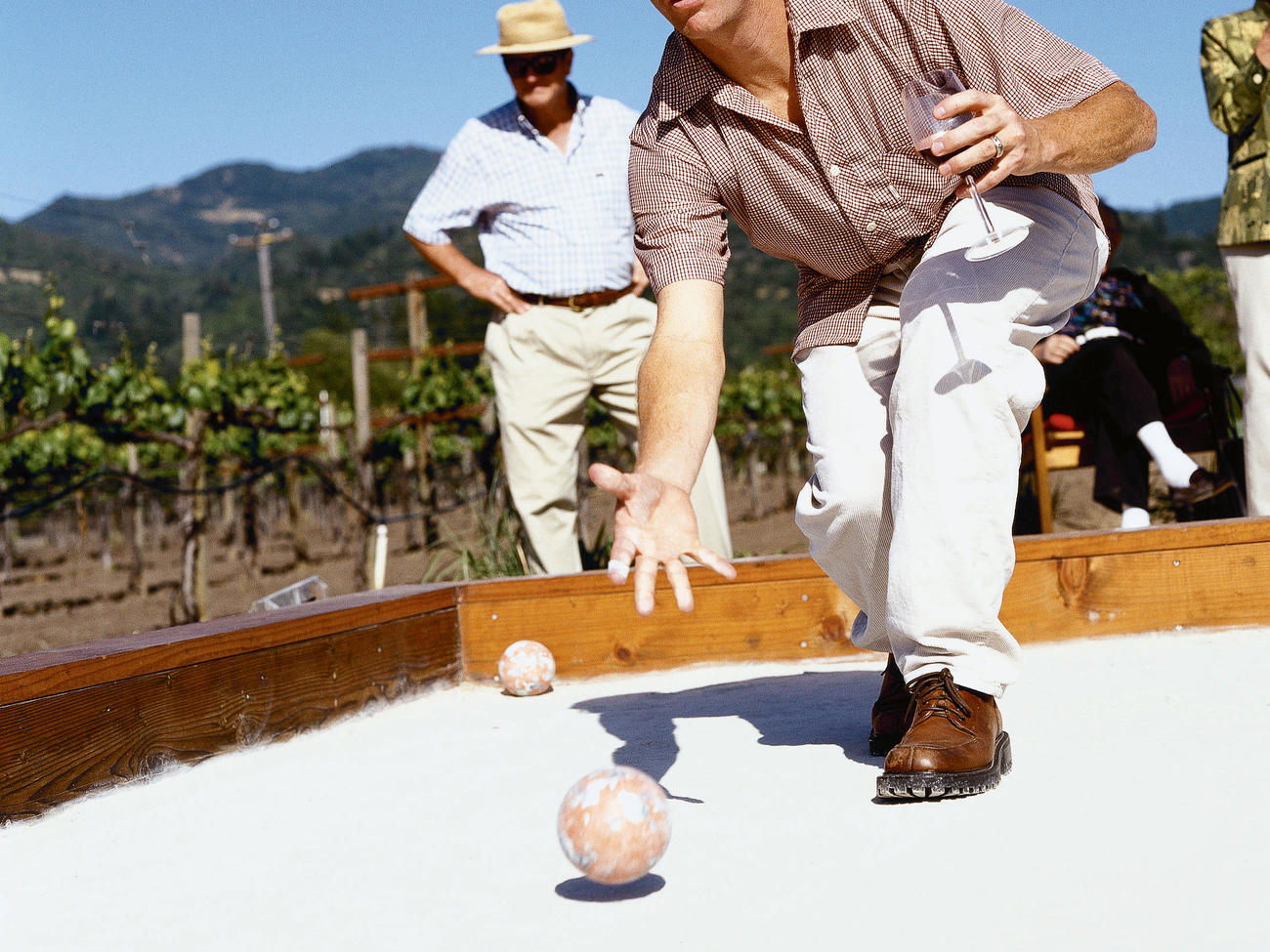 What game is as ancient as Rome and still fun to play today?

It’s bocce, an Italian ball game that involves rolling resin bocce balls down a long rectangular court at a small target ball, called a pallino. A familiar activity in places like the Napa Valley, bocce is becoming more popular in backyards across the West.

Sandy Brewer and her husband, David, a landscape contractor, design bocce courts like this one at Landmark Vineyards in Kenwood, California.

Kick back with a friendly game of bocce in the backyard. Sandy Brewer and her husband, David, a landscape contractor, design bocce courts like this one at Landmark Vineyards in Kenwood, California.

How to make a bocce court

Build your own bocce court

Standard courts for amateur players are 60 by 12 feet.

Dig and level the playing area.

Build the box to contain the playing surface. Use a builder’s level.

Install a French drain (an area in which water collects and runs through a perforated pipe) with 3/4-inch crushed rock.

Fill with class II base rock (used under asphalt roadways).

Cover with a 3-inch layer of decomposed granite or a mixture of clay and crushed oyster shells.

Finish with a 1/4-inch layer of crushed oyster shell “flour.”