Dethatching and Aerating Your Lawn 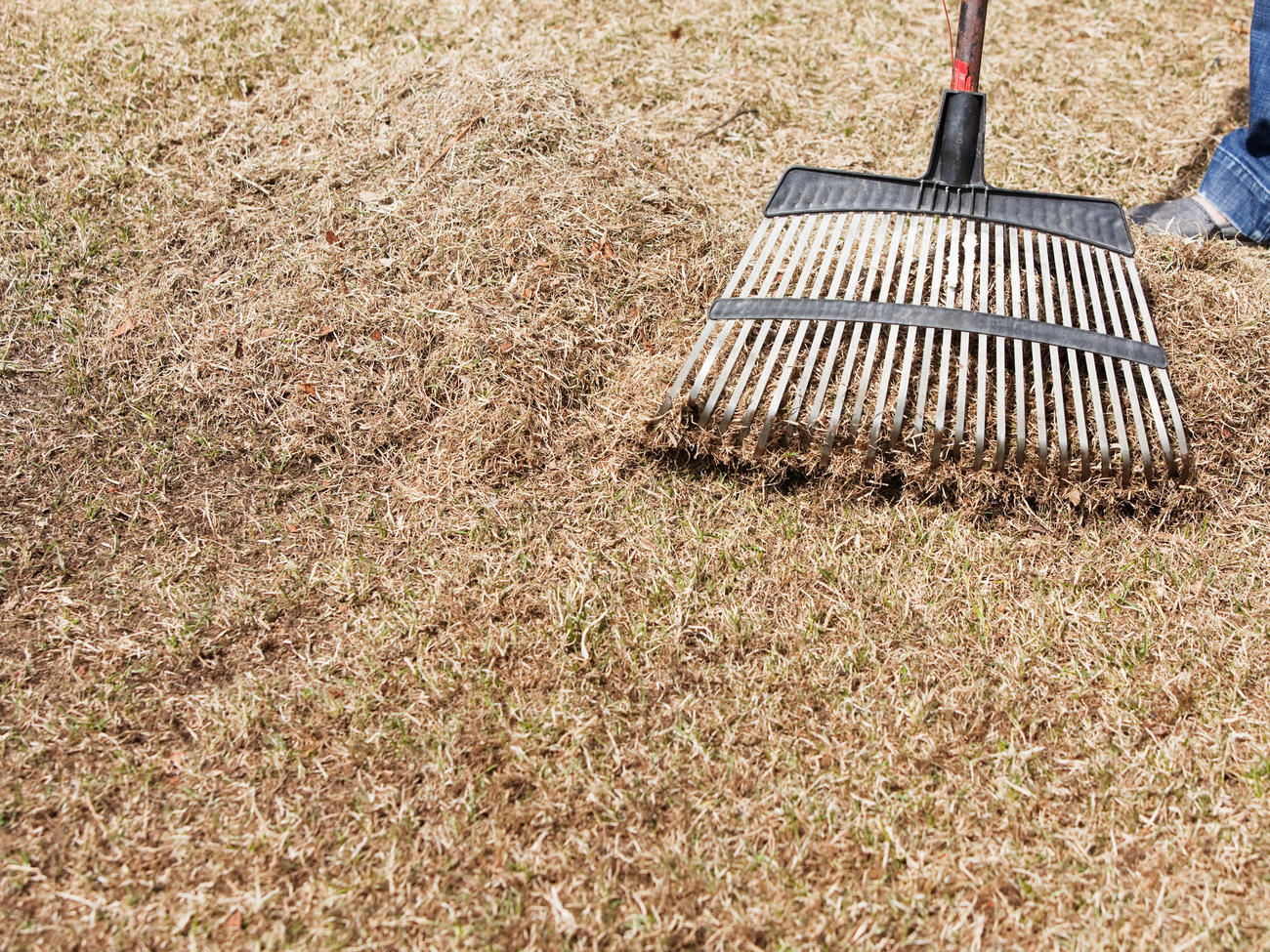 Controlling thatch is one of the most important – and most overlooked – parts of lawn care. Thatch is simply the layer of dead grass, roots, and debris that accumulates between the soil surface and the green grass blades above. Over time, it forms a thick mat, hindering water and air from reaching the soil and providing an environment that can encourage pests and diseases. Dethatching can help prevent these problems.

Almost every lawn needs dethatching about once a year, or whenever the thatch reaches a thickness of about 1/2 inch. To check, just work your fingers into the grass and note the depth of the thatch layer. Dethatch cool-season grasses in fall, warm-season types in early spring.

If your lawn is small, you can dethatch it with a special dethatching rake. The sturdy, very sharp, crescent-shaped tines slice into the thatch, then rake it up. For larger lawns, you may prefer to rent a dethatching machine. Similar in appearance to a large, heavy gas mower, it has knifelike blades that slice the turf vertically. Make several crisscrossing passes to cut and loosen the thatch, then rake up and remove all debris. Dethatching machines have several settings. For most grasses, adjust the blades to a high setting and 3 inches apart; for tougher grasses, such as Bermuda and zoysia, set the blades lower and about an inch apart.

Aeration, a method of punching holes into the lawn to allow moisture, oxygen, and nutrients to penetrate the soil, also helps break up thatch. Its primary goal is to loosen compacted soil; it’s often needed for lawns grown in clay soils and those subject to heavy foot traffic. You can do the job more than once a year, if necessary. If you aerate once annually, do it in fall for cool-season grasses, in spring for warm-season sorts.

You can aerate soil with a hand tool – you press the cutting end into the soil with your foot, then lift it out along with a 2-inch, cylindrical plug of sod. Hand aeration is certainly good aerobic exercise, but it can be time consuming if you have a large lawn. For good-sized areas, a gas-powered aerator does the job faster; you can rent one from supply centers offering garden-machine rentals. (You may also see spike-soled sandals sold as aerating tools; when you walk back and forth over the lawn wearing this footgear, the spikes will supposedly penetrate the soil. Unfortunately, the spikes are both too short and too thin to do an efficient job. Save your money.)

Dethatching and Aerating Your Lawn