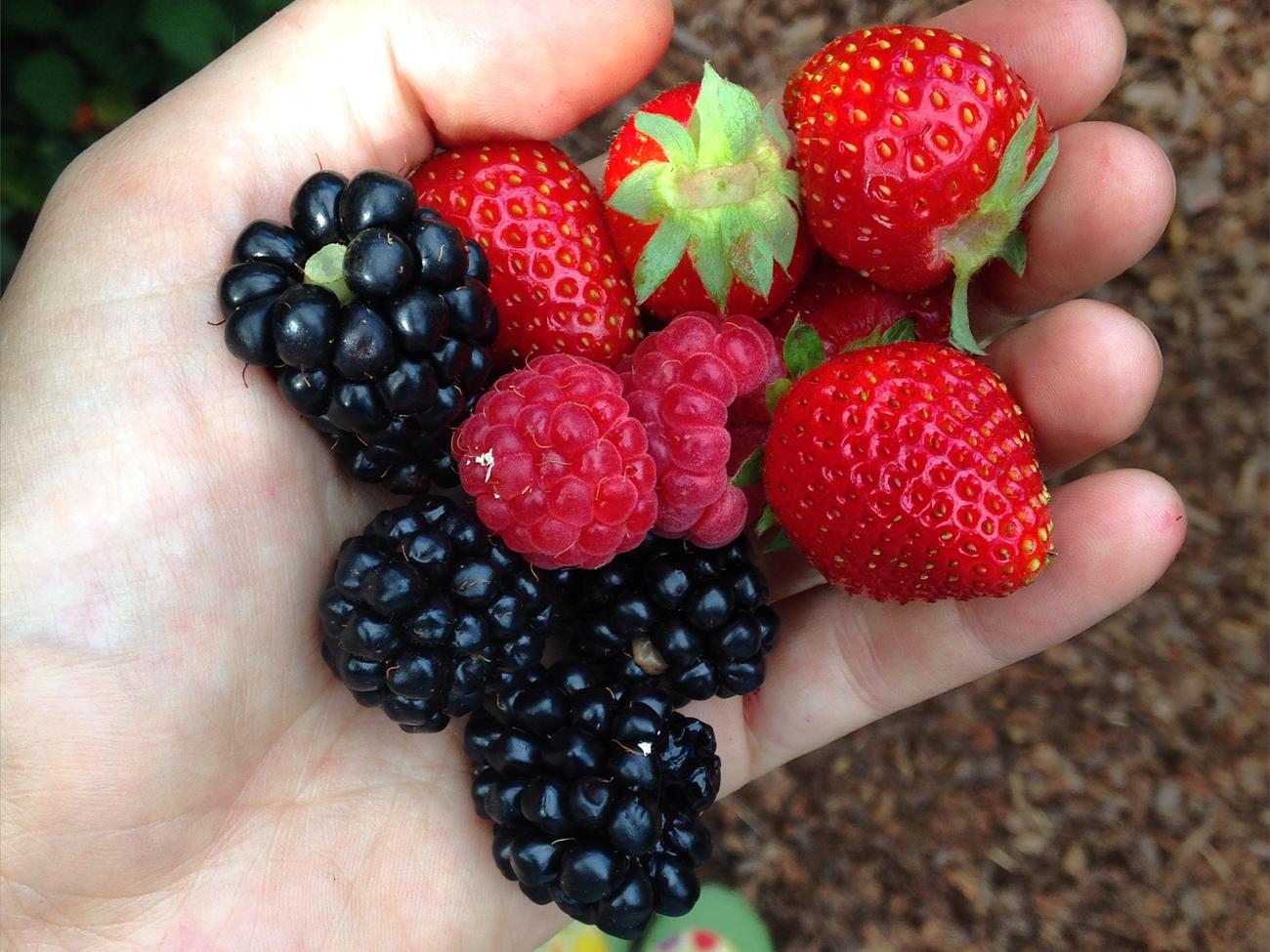 Yes, I know they're giant, but they really are blackberries. 'Apache Thornless', to be specific.
Written by johannasilver November 1, 2017
Share this story

The berries are ripe in our test garden, and we’ve been shoveling them in our mouths by the fistful. Here’s a shot from the week before last: 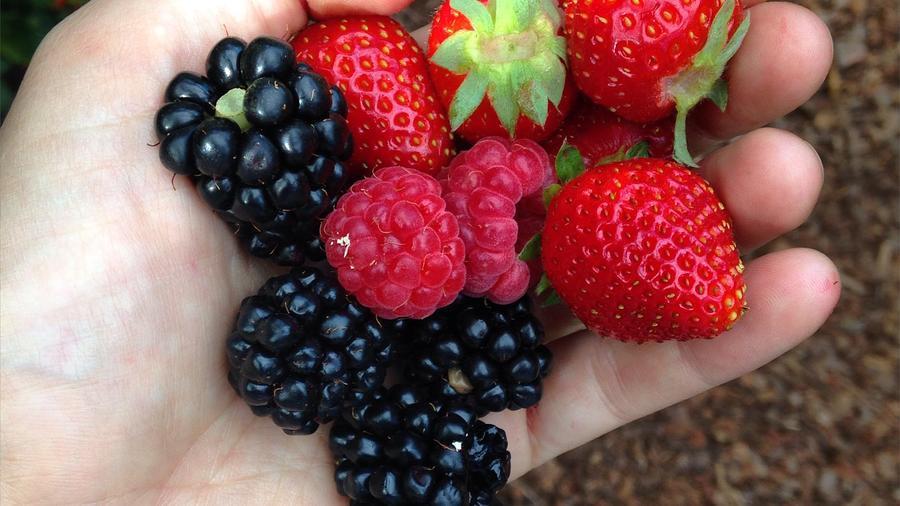 Yes, I know they’re giant, but they really are blackberries. ‘Apache Thornless’, to be specific.

And then I went to Alaska…

We were there to report on and photograph a cluster of peony farmers in Homer (lots more on that later, promise), but we had some time (look, it’s light for 20 hours, okay?) to take a boat across the Kachemak Bay. On our hike to Glacier Lake, Michelle LaFriniere of Chilly Root Peony Farm taught me all of the edible berries: 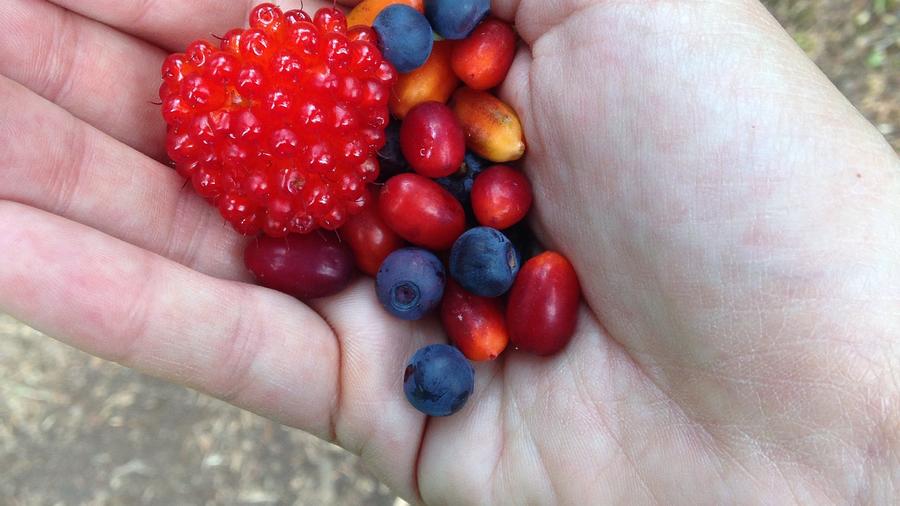 The giant one is a salmonberry (yum), the elongated ones are watermelon berries…

The hike was pretty epic, too. 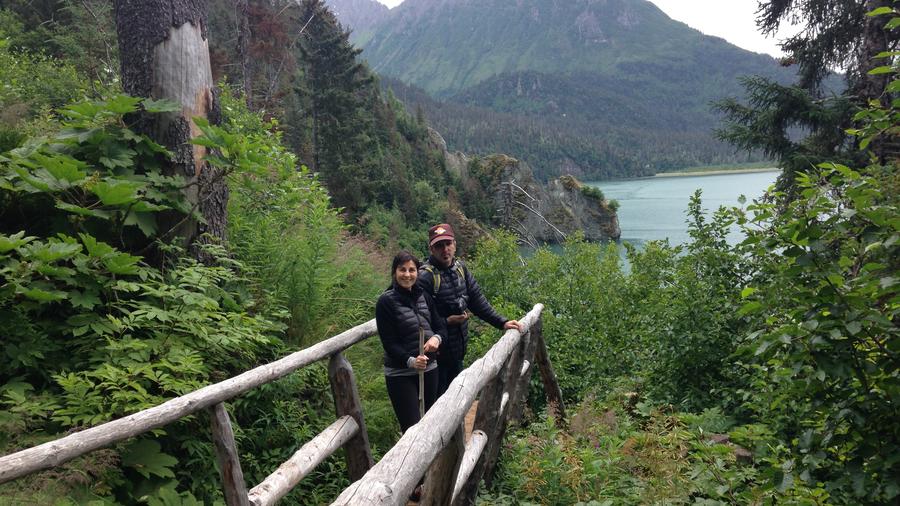 Photographer Tom Story kayaking to the glacier (he never made it). He was out there for nearly three hours (while we froze on the beach). Upon his return, he told me that the one thing our host said to him before he left was, “That glacier is…

Back home in California, I hopped on the phone with Dr. Pat Holloway, a just-retired horticulture professor at the University of Alaska at Fairbanks. While our interview dealt mostly with the peony boom (again, can’t wait to tell you more about that), we took a detour into berry territory.

“We have a large group of wild berries that people just go crazy for, ” she told me. She spent years researching the antioxidant levels in wild berries (they’re off the charts). Alaska boasts five separate species of wild blueberries! And apparently I was too early for lingonberries—a local favorite. 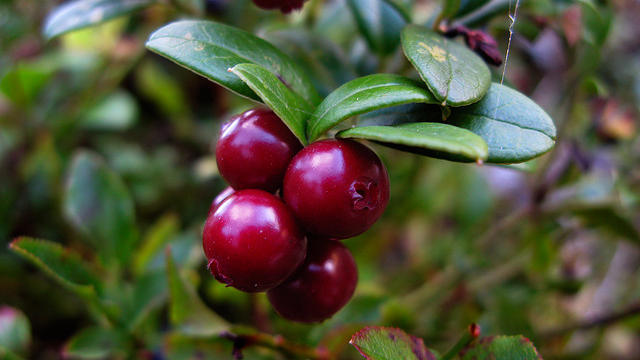 And though I didn’t take a picture, I feasted on barely-ripe cloudberries, which I remember from a trip to Finland from a few years ago, where everything (tea, liquor, ice cream) was cloudberry-flavored. “Cloudberries are small,” explained Pat, “They’re difficult to pick and even more difficult to cultivate. So nearly everything you find in a jar has come from the wild.” 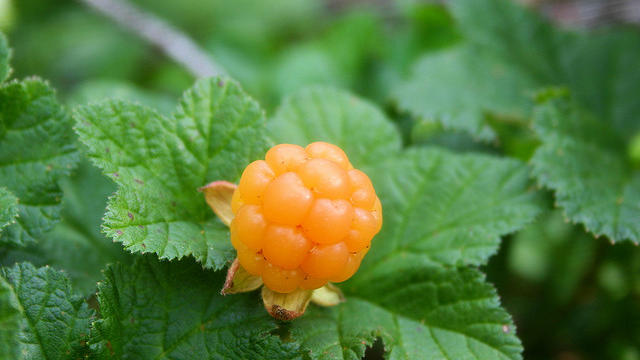 Scandinavian cloudberry patches are dwindling, while Alaska’s resources are largely untouched. Pat says, “If Norwegians knew what we had here, they would setup shop in an instant.”

Truthfully, though, the patches are so remote, and the Alaskan population so scattered, that an export cloudberry industry has never taken hold.

So the berry picking remains a favored summer hobby for local Alaskans and for hungry hikers passing through.