A Slow Cooker Is Your Secret Weapon at Breakfast

Sleep in and wake up to oatmeal, bread pudding, and even tater-tot casserole 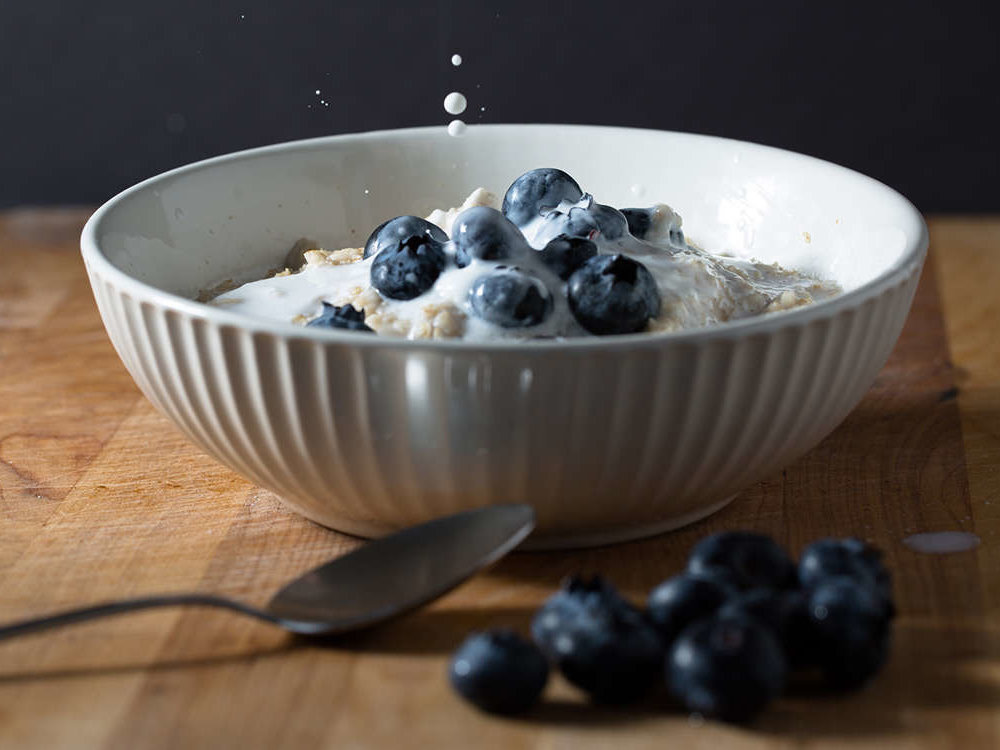 You really should use your slow cooker more often, especially for making breakfast. I’m not talking to the slow cooker addicts out there, the ones (myself included) who spend hours scouring Pinterest actively searching for that next weird and wonderful recipe to make in the Crockpot

I’m talking to those of you who own a slow cooker that’s probably still in its box collecting dust somewhere in a back closet. You know, that wedding/housewarming gift that you break out once in a blue moon when beef and bean chili for a crowd is in order. I’m speaking to you good people, specifically those of you who aren’t quite sure what to do with your slow cooker outside of warming up meatballs, because I want you to give that poor, neglected appliance a new life, and I want you to do it at breakfast.

Let’s begin by taking a look at the slow cooker. The slow cooker works by locking in heat and simmering it low and slow for long periods of time, which makes it perfect for anyone on the go (or anyone asleep at night) as it can be left unattended for several hours. Most slow cookers have, at minimum, a low and a high heat setting, and some also have a medium and warm setting. Slow cookers can be round or oval in shape and range from two-quart mini slow cookers up to larger seven-quart ones. There are simple, manual slow cookers as well as fancier digital ones that you can program to switch to warm once the cooking cycle has ended. There’s even a slow cooker on the market that you can control via an iPhone app for when you’re not home. It doesn’t matter what kind of slow cooker you own, high-tech or old-school—what’s important is that you learn how to make the most of it, and you can do this by understanding how your particular slow cooker works.

Without question, the biggest complaint about slow cookers is that recipes end up watery and/or lacking in flavor. Conversely, there have been slow cooker mishaps that have resulted in burnt, overcooked, dry food. While a well-written recipe is still an important part of any properly executed dish, it’s also imperative to know your slow cooker so you can troubleshoot these issues.

For example, some slow cookers run hotter than others, which may account for overcooked or unevenly cooked food, so my first bit of advice is to use your slow cooker often and make different types of foods in it, using both the low and high settings so you can see where and if it runs hot and adjust cooking time accordingly.

When it comes to watery, flavorless food, this is often caused by the natural condensation that occurs when slow cooking. Slow cookers use moist, even heat which rises to the top of the slow cooker insert and eventually drips back down. Adding extra seasonings to your food as well as seasoning towards the end of the cooking process can help tremendously, as can browning meats and other vegetables before adding them to the pot. For example, flouring a beef roast and browning it on all sides before adding it to the slow cooker creates a natural flour-based thickener for any liquid as it cooks.

Speaking of thickeners, rouxs, cornstarch, and cornmeal can be your friends, as can starchy vegetables, and dairy (such as heavy cream or sour cream) when you need to thicken up a sauce. Simply draping a thick layer of paper towels over the slow cooker insert to catch the extra drips works great, as does opening up the lid and reducing any liquids the old-fashioned way.

It’s no shocker that slow cookers are great for soups, stews, braised meats, beans, and the like, but you can also make some seriously tasty breakfast items in your slow cooker, oftentimes cooking your food overnight while you sleep. Slow cooker steel-cut oatmeal is one of the easiest to make. Simply mix together oats, water, milk (if you want) and your favorite oatmeal flavors (I love the combination of chopped apples, raisins, cinnamon, brown sugar, and walnuts), cover and cook on low for eight hours while you slumber. Awake to the aroma of a delicious, healthy breakfast or spend the whole night dreaming of apple pie as I often do.

Another slow cooker breakfast hit is sweet or savory bread pudding—a great way to use up day old bread. When it comes to eggs, crustless quiches, frittatas, stratas, and of course, egg-based breakfast casseroles mixed with potatoes, cheese and/or bread are made for the slow cooker (behold the Tater Tot Breakfast Casserole recipe on the next page).

Finally, let’s not forget sweets. Cinnamon bread, applesauce cake, coffee cake, apple or peach crumbles, upside-down cakes, chocolate cake—they can all be made in the slow cooker, and you don’t need to cheat and use boxed cake mix. You can bake a totally-from-scratch cake that’s as moist and delicious as grandma’s.

So hurry up and give that lonely slow cooker another try.

Preheat a large pan on the stovetop over medium-high heat. Crumble in the sausage and cook for 7 to 8 minutes, or until crispy and fully cooked through. Drain the sausage on paper towels.

A Slow Cooker Is Your Secret Weapon at Breakfast