Ready to Challenge Yourself in the Kitchen? 4 ‘Top Chef’ Contestants Offer Their Tips

Have no fear, ‘Top Chef contestants are here! 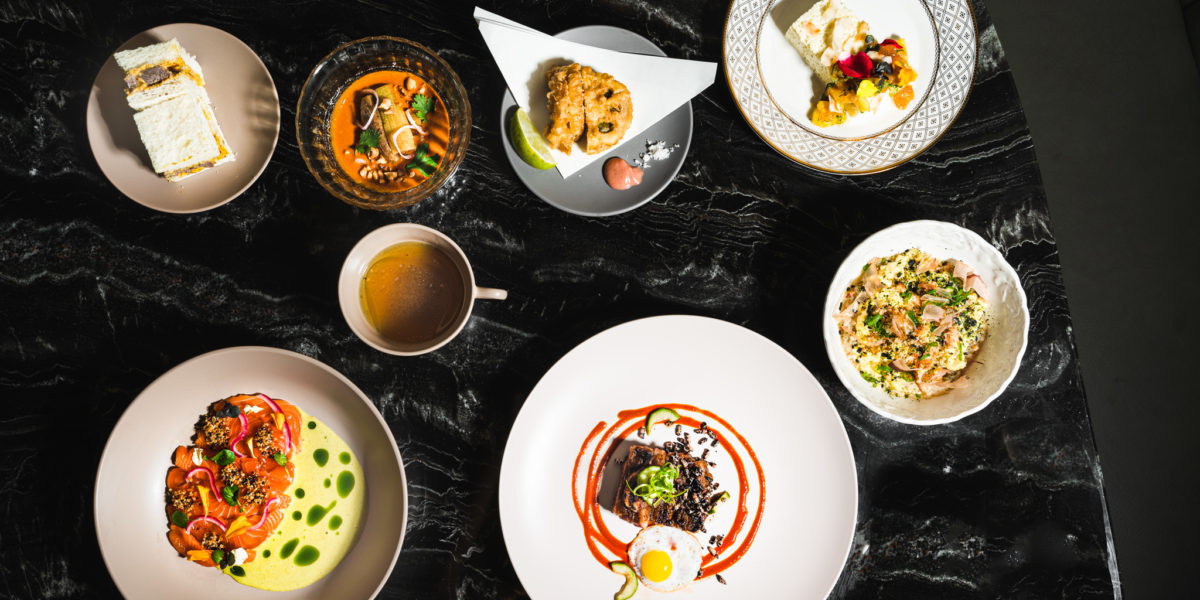 So many people got up and into the kitchen for the first time (or the first time in a long time) in the past year. From sourdough bread baking to TikTok viral pasta, the opportunities were endless for new recipes and dishes. But we all know how discouraging it can be when your yeast doesn’t rise or you burn some bacon.

While cooking at home is an entirely different affair than working a professional kitchen or bustling dinner service, it still comes with its challenges. I can recall the first time I made an angel food cake—or tried to, at least. It was for a Christmas party and I didn’t read my recipe through all the way before starting. (Pro-tip No. 1: Always read the recipe). The final step was to invert the cake to make sure it didn’t deflate. So there I was, running around the kitchen wearing oven mitts, holding a hot bundt pan upside down looking for something to invert it onto when the entire cake fell out of the pan onto the ground. That was the end of that dessert endeavor.

When something like that happens in the kitchen, it might make us think we failed, or couldn’t conquer a recipe. But it’s important to get up and try again (unless it’s angel food cake; that never needs to be tried again).

You’re not a bad cook because you burnt a basque cheesecake or couldn’t figure out how to get your pasta exactly al dente. Even some of the best chefs in the game mistake salt for sugar, or coin their signature dishes from a handful of mistakes. So, to boost our collective confidence with some insider tips, we asked some Top Chef contestants from the West for their expert insight on how to stay motivated in the kitchen.

Shota Nakajima was born in Japan and raised in Seattle. He was declared the “fan favorite” of season 18 of Top Chef and came close to the title as runner-up. After getting so close to the win, Nakajima is ready to compete again and hasn’t stopped cooking since the show’s wrap.

Shota has explored different Japanese restaurant concepts over the years. In May, he reopened his restaurant Taku in Seattle. Straying from the original kushikatsu format with a variety of fried skewers, Taku now serves a version of traditional karaage, or lightly fried chicken bites. Even highly skilled and trained chefs adapt their own ideas.

When it comes to getting in the kitchen and getting your hands dirty, Taku’s advice is simple. “Cook what excites you only,” he said. “If you don’t cook what excites you then it’s just not fun anymore so stay positive and stay cooking.” While it may take some time, it’s about experimenting and exploring different flavors until you find your niche.

Jamie Tran started cooking at age 4 in Stockton, California, where she grew up. After attending San Francisco State and then Le Cordon Bleu, she headed to Las Vegas to become part of the emerging food scene. Now, she cooks out of her own restaurant there called Black Sheep, where she churns out dishes inspired by her Vietnamese upbringing. The name serves as an homage to her efforts at breaking through the male-dominated cooking world.

“I miss home and everything about home,” she said. “I wanted to make a restaurant where I can convey my memories or create new ones for other people.”

When it comes to finding your own voice in the kitchen, Tran suggested going back to your roots. “Make what made you feel comfortable growing up. Cook from memory and be authentic. If it’s a turkey sandwich, make that. I eat that every day when I go home,” she said. “Cooking is about balancing flavors, sweet, salty, spicy. For myself, if I do something fried, I’ll add an acid to clear your palette. Regardless of where you come from, what you eat and the flavors they carry are essentially the same thing at its base.”

When you’re cooking and can keep simplicity in mind, you can find your culinary comfort zone.

Born in Tucson but raised in Sonora, Mexico, Mazon’s cuisine is inspired by both sides of her borderland home. Mazon said she actually became a chef by accident. After working as a server in a Mexican restaurant, she asked the chef if she could make a special for the menu. Cooking from her heart and background, she ended up with an amazing dish that pushed her to pursue a culinary career.

“Don’t be afraid. You will screw up, and that’s a must. You have to screw up to be able to better yourself every day,” she said. “If you think you’re good, get out of the kitchen. Cooking is about mistakes and sometimes you make a beautiful mistake.”

The beautiful mistake that inspired Mazon to move from the front to the back of house resulted in her own restaurant, BOCA Tacos y Tequila in Tucson. Take a note from Mazon’s playbook next time you’re in the kitchen and don’t be afraid to add your own flair to a dish or stray from a recipe. Follow your heart—and your taste buds.

Byron Gomez was born in Costa Rica and raised in New York. As a self-trained chef, he learned the tricks of the trade working for some of the best chefs in Manhattan at Michelin-starred restaurants such as Atera and Eleven Madison Park. “During the pandemic, every Michelin star restaurant dish was served in a to-go box, which made me realize Michelin isn’t everything,” Gomez said of leaving the kitchen to join this past season of Top Chef.

This change of mindset is part of what drove Gomez through each challenge during season 18 and allowed him to collaborate with his fellow chefs in a winning Restaurant Wars episode.

“Being a DACA recipient and an immigrant in this country, the system and the rules always say no to you,” Gomez said. “I always went against the grain, I’m here to prove that you can do anything—I am the first Costa Rican contestant to be on Top Chef in the United States. Don’t be afraid to dream big or think that your current situation, in and out of the kitchen, will determine your future.”

Now Gomez works as the executive chef of 7908, Aspen, where he has chosen to settle down away from the madness of Manhattan. His journey and cuisine serve as an inspiration to those who may feel the urge to conform or quit—in the culinary world and beyond—to just keep pushing.

Now that you’ve been inspired by Top Chef contestants, try your hand in the kitchen with one of their recipes. This team of four came together for the Restaurant Wars episode of Top Chef, in which they had to create an eight-course chef’s table menu for the judges. The group combined their own cuisines, flavors, and backgrounds in a mash-up of traditional dishes. The last course, which stunned the judges, was a steamed tres leches cake. The cake is steamed similarly to a Japanese-style cake called mushi-pan and was served to close out their kaiseki-inspired menu. The combination of coconut and condensed and whole milk adds Vietnamese and Mexican influence to the dish.