Get into the Halloween mood with these recipes from Bay Area restaurants set to the theme of the season. 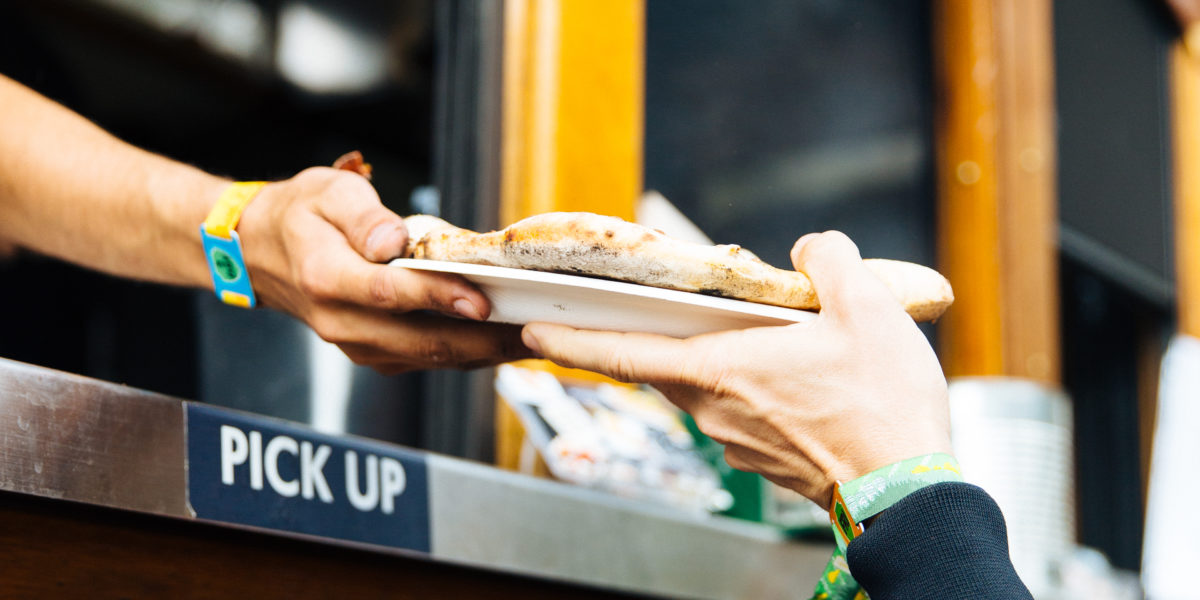 This Halloween weekend, many of the best Bay Area chefs will be packing up their knives and heading to Golden Gate Park. They won’t be out there for a casual picnic or boat ride on the lake. Instead, they’ll set up shop at Outside Lands, a group of nearly 100 food purveyors preparing to feed the masses.

Many of the chefs participating in this year’s festival are presenting dishes that fit the season. From pumpkin ice cream tacos and black lemonade to ash-accented cheeses, squash topped pizzas, and more, the festival will be a central spot for foodies and fans of good music to spend the holiday. If you can’t make it to San Francisco for Outside Lands, don’t worry—we’ve got a few of the recipes so you can make the dishes at home.

Set the table at your Halloween dinner party with a pig’s head sisig fried rice from the team at Abaca, a newly opened upscale Filipino restaurant in the lobby of the new Kimpton Hotel, The Alton, at Fisherman’s Wharf. Host a pizza party with a signature crust recipe from San Francisco restaurant A16, which was recently awarded a Bib Gourmand—the pie is topped with white sauce and delicata squash.

Serve black lemonades all weekend long and chow down on homemade pumpkin ice cream waffle tacos, guaranteed to be a dessert the whole family will love. You can get a head start on the Halloween-themed dishes before festivalgoers chow down Oct. 29-31.

The Outside Lands Festival has been an integral event for locals and visitors to San Francisco since 2008. The first fest showcased legendary headliner Radiohead, a wine tent, and food selections from local restaurants and pop-ups. In the last 13 years, a lot has changed within the grounds; this year, the festival is welcoming the largest number of new vendors.

Tanya Kollar, food curator of the festival since 2009, says the food lineup is now 99% local Bay Area restaurants and vendors, “which we are extremely proud of.”

While the festival remains an homage to all of the best things about the Bay, now there are different areas set up to fit the niches of all of its attendees. The grounds are split up into different stages and “lands.” Wine Lands offers selections from the West’s best winemakers; adjacent to Wine Lands is Cheese Lands with offerings from Bay Area local cheese shop, Mission Bay Wine & Cheese. The Heineken House features DJ sets and ice-cold beers for those looking for a backyard hangout vibe within the madness of a music festival. There’s also Beerlands with more than 30 breweries, and GastroMagic, which will host demos, talks, and tastings with world-renowned chefs.

“I think what sets our offerings apart from other festivals is the sheer diversity of cuisines. From pad thai to jerk pork to quesabirria tacos, it feels like we have something from nearly every culture for nearly every palate,” Kollar tells us.

1 of 4Courtesy of Abaca

This recipe for sisig fried rice from the newly opened San Francisco restaurant Abaca makes for a great side dish for any dinner party. It starts by boiling an entire pig head, which not only yields an amazing stock that can be used for ramen or pho in the future, but also tender face meat that is crisped in the broiler afterward.

Looking to add some fall flavors to your pizza night at home? The team from A16 in San Francisco has you covered with this dough recipe and unique cream topping that’s blended with sweet onions.

Rocko’s is based in Santa Clara, California, and churns out ice cream-filled waffle tacos year-round in a variety of flavors. For the fall season, it’s launching a special pumpkin spice ice cream taco. “These Pumpkin Spice Ice Cream Tacos are a perfect treat for fall. The ice cream basically tastes like frozen pumpkin pie and is packed with pumpkin and warm autumn spices,” says owner Lori Phillips.

At Bloomstock in San Francisco, the team specializes in coffee and waffles year-round, but this spooky season they wanted to tackle the theme of the season head-on with an attempt at a black drink. After messing around in the kitchen with some activated charcoal, they ended up with a delicious and not-too-sweet black lemonade.