The facts about dredging, gillnetting, trawling, traps, and more 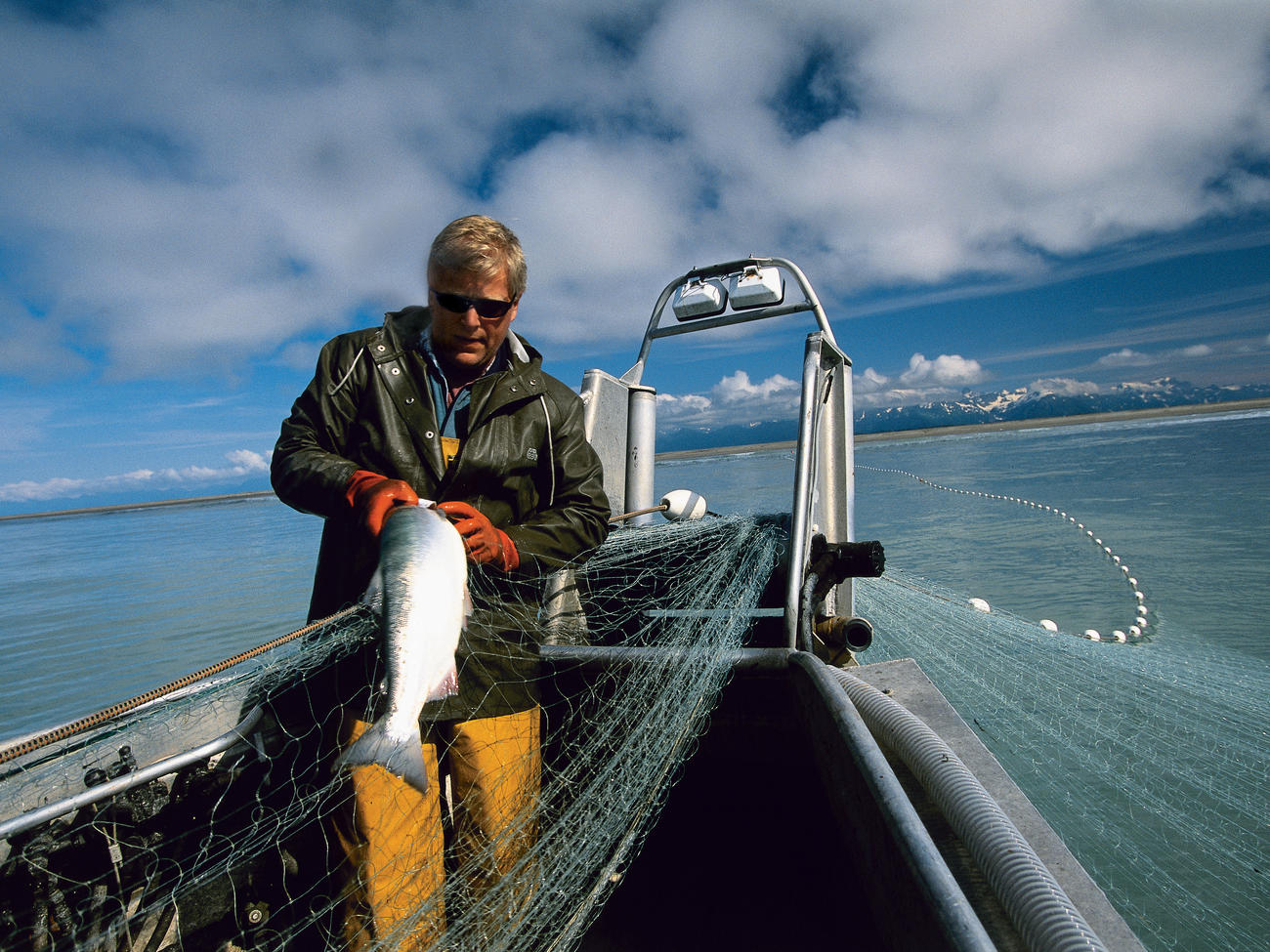 Catherine Karnow
Alaska fisherman George Covel brings in his catch. Because of the challenging conditions in the Copper River Delta gill netting ― laying out a net that fish catch their gills in ― is about the only effective way to fish commercially for salmon
Written by Margo True July 29, 2009
Share this story

Some fishing methods are decidedly unsustainable, but others aren’t so bad, depending on the fishery in which they’re used. Harmful and sometimes harmful methods (for superb illustrations of these, see the Monterey Bay Aquarium’s Seafood Watch site):

Dragging a metal mesh bag along the bottom of the seafloor to catch bottom-dwelling shellfish (such as clams, scallops, and oysters).

Dredging causes significant habitat damage. The mesh bags also scoop up other types of marine life ― everything from fish to sponges ― which tend not to survive the experience.

Using a curtain of netting that hangs in the water at various depths; the openings are big enough for a fish’s head but not its body, trapping the fish as it attempts to swim through (the openings are sized according to the fish being caught).

In some areas, gillnetting is not a responsible form of fishing because it can accidentally entangle and kill sea turtles and other marine animals. However, in Alaska, salmon are sustainably caught using gillnets, because of the low levels of bycatch in those waters.

Fishing with one very long fishing line that can extend, either near the ocean surface (pelagic longlining) or just off the ocean floor (bottom longlining), for up to 50 miles. Individual lines with hooks dangle from the central line.

Pelagic longlining can attract lots of unintended species, including birds, resulting in large bycatches. In addition, when fishermen let their lines sit in the water for long periods of time before hauling them in, the bycatch numbers rise.

When the lines are sunk deeper, or when special hooks are used that can release bycatch, the environmental impact eases.

Like a giant drawstring purse, the seine encircles a school of fish; then the fishermen pull the “drawstring” at the net’s bottom beneath the fish, trapping them.

This method works well for catching small fish like herring. However, when it’s used for tuna, all kinds of other species are caught and die ― most notoriously dolphins, since they often swim with tuna.

Even though many nets are now equipped with devices to release the dolphins, the stress of capture alone may cause injury.

Responsible for the largest percentage of commercially available fish. This involves towing a funnel-shaped net through the water, at varying depths.

When they’re used on or near the ocean floor, trawlnets can be really destructive to the habitat; bycatch is a concern too. When used higher up (usually to scoop up whole schools of fish), their impact is nowhere near as severe.

In general, the following methods do no harm to the oceans, but if used improperly, some can.

Use of a rod (fishing pole) with one line and several hooks.

It’s a responsible fishing method because fisherman can quickly release unwanted catch from their hooks soon after it was caught.

Catching larger fish such as swordfish with hand-thrown harpoons (just like in the whaling days) or with barbs fired from a gun. Bycatch is almost nonexistent, since the fishermen are aiming at individual targets.

In general, this is a good method. Floating traps and weirs, which guide the fish into ever-smaller boxes, harm neither fish nor the environment.

Reef nets, used for salmon in the Northwest, are shallow, near-the-surface nets that the salmon swim right into, then are tipped into holding tanks.

Wire-mesh traps that lie on the bottom can damage the ocean floor if they’re dragged, which has led to their being banned in some parts of the world. Used properly, they’re usually not harmful.

Another method of hooking fish individually, but rather than each line being handheld as it is in hook-and-line fishing, trolling involves towing individual anchored lines from a moving boat. It’s still sustainable because bycatch is minimal and can be quickly released.