10 Ideas for Building the Perfect Charcuterie Board 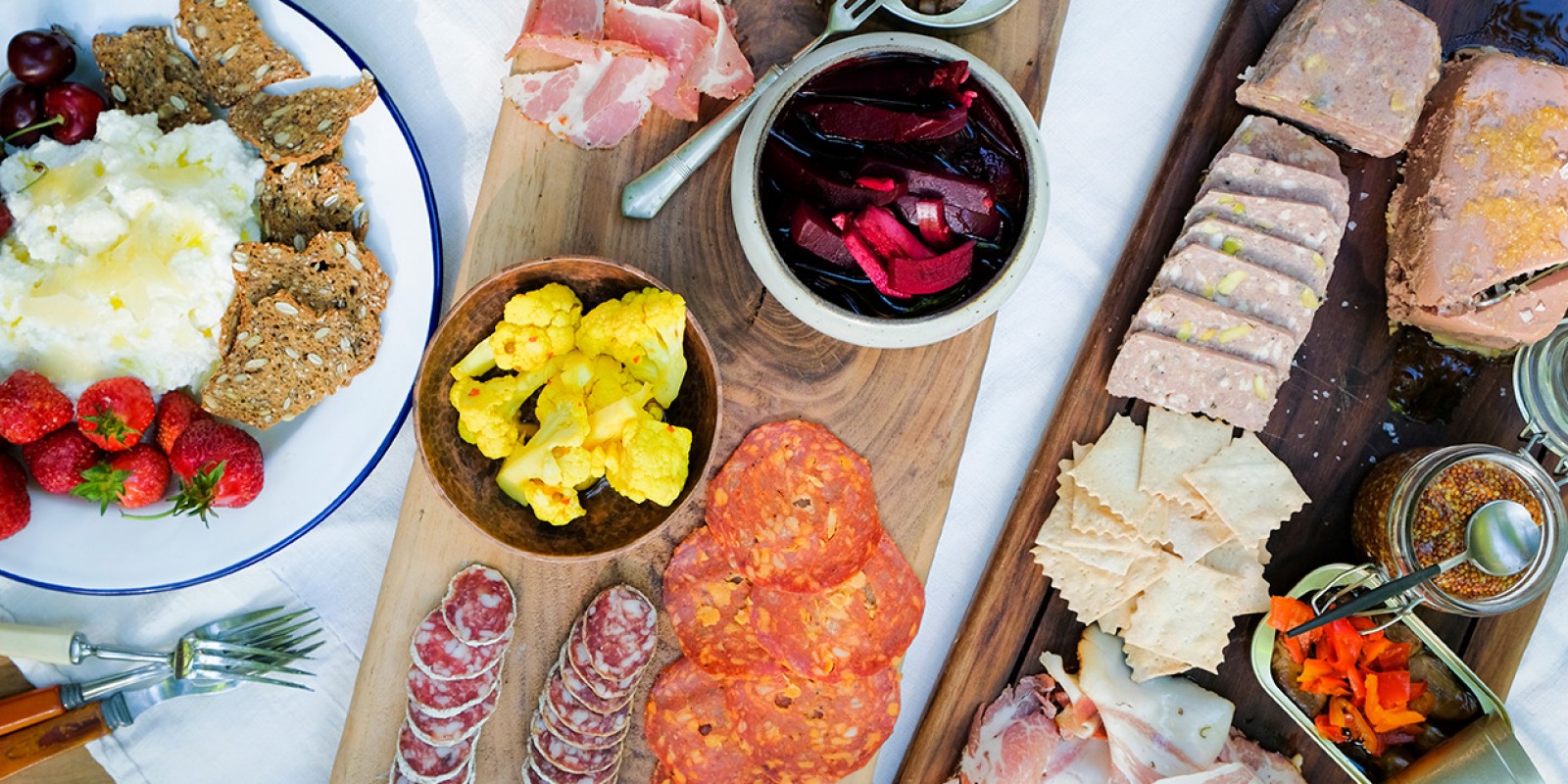 If you’re looking for easy, no-cook appetizer ideas, look no further than the charcuterie board. Basically a selection of cured meat and some side-kicks, “a charcuterie board can be super-simple or you can build it out to be as robust as you want,” says Elias Cairo, head salumist of Olympia Provisions, the Portland artisanal meat company. Here are 10 principles Elias keeps in mind as he builds a charcuterie board with Olympia meats and pickles; use them or your own favorites.

1. Start simple with a few different salamis, maybe one seasoned only with salt, like Saucisson D’Arles; another flavored with black pepper and sweet spices, such as Spanish Salchichon; and a nut-studded version like Saucisson Aux Noisettes.

4. Vary the texture by including a soft pork-liver mousse or dense pork pâté.

5. Consider a smoked meat; Landrauchschinken, a Swiss country ham, has a phenomenal balance of burnt sugar, juniper, and rosemary.

9. Don’t forget the crackers. Set out a softer olive oil variety and a seeded type; or offer baguettes.

10. Serve grainy mustard as a finishing touch. Its briny flavor adds brightness spread on a baguette and stacked with meat and cheese.