Visitors are instructed to stay at least 25 yards away from bison. Here’s what happens when you don’t. 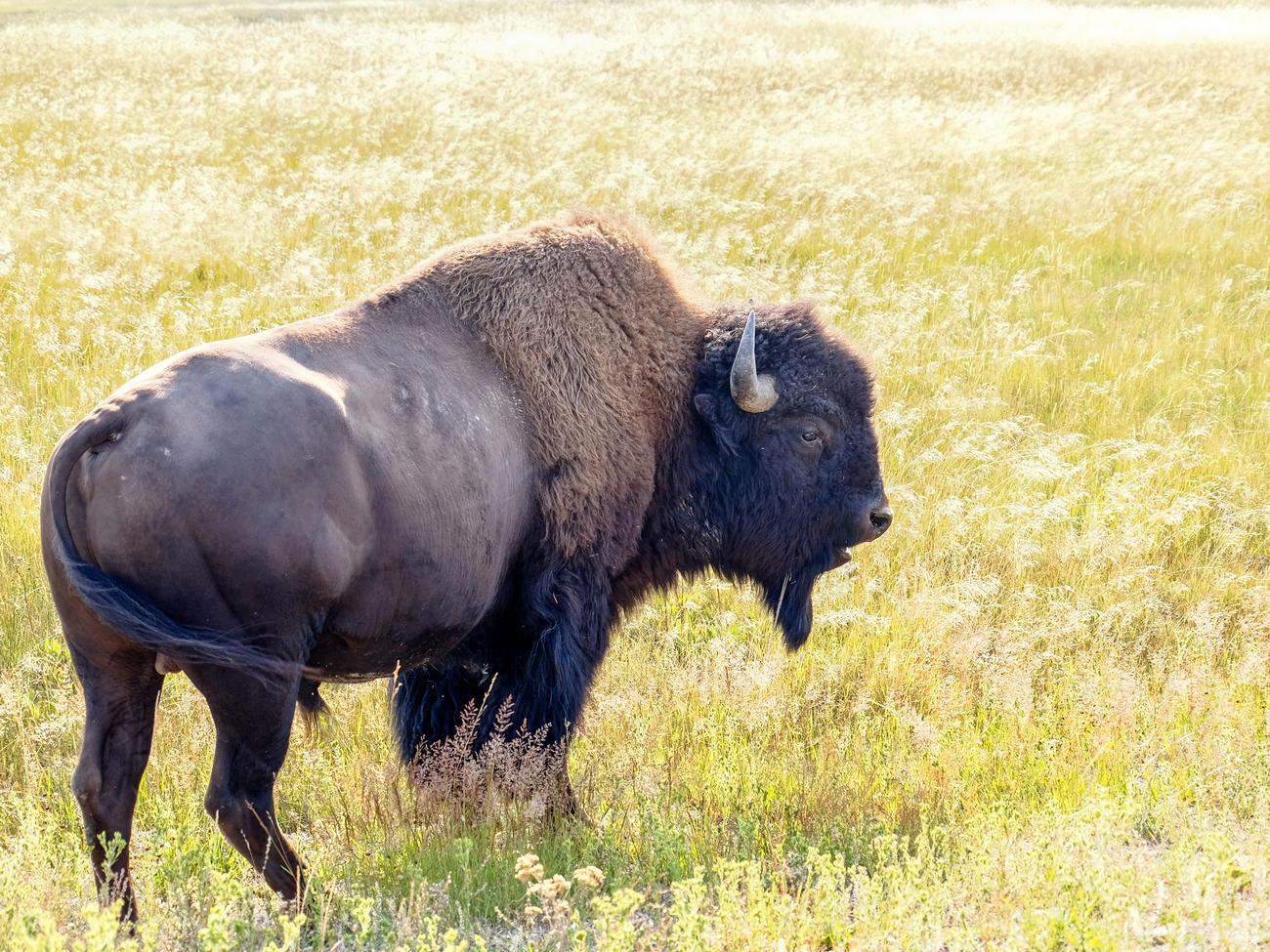 Warning signs are everywhere. “Do not approach wildlife.” “Bison are known to charge.” “Bison are dangerous and best viewed at a distance.”

Weighing in at nearly the size of a Toyota Yaris, a charging adult bison can run at speeds of up to 35 mph. They are not instinctively passive. They are not your friends.

And yet a recent video documented yet another example of misguided humans believing otherwise.

Two recent visitors in Yellowstone National Park were charged by the hefty animals after getting a little too close for the herd’s liking.

A video captured the incident, which reportedly occurred near Yellowstone’s Nez Perce Creek, according to Wyoming’s Cowboy State Daily.

One of the individuals manages to scurry away, but as they flee, the other is taken down by the ever-hidden turf monster, causing her to fall to the ground.

Terrified onlookers shriek as the bison slows its charge and moves in to inspect its curious company.

At one point a man approaches the bison and appears to try and reason with it. A bold strategy.

“Play dead!” bystanders repeatedly shout, which in this case appears to have been effective, as after a period of sniffing, the bison loses interest and casually strolls away.

The young woman, who was reportedly uninjured, is eventually helped up by the bison whisperer and rejoins her companion.

Bison-inflicted injuries in Yellowstone are more common than those caused by any other animal, according to the National Park Service.

On June 25, just two days after the park reopened following coronavirus-related closures, a 72-year-old woman was charged by a bison when she repeatedly approached within 10 feet of the wild animal to take a photo.

The bison knocked her 10 feet into the air, then charged and hit her again when she managed to get to her feet.

The woman was treated for multiple goring wounds and airlifted to a hospital.

“The series of events that led to the goring suggest the bison was threatened by being repeatedly approached to within 10 feet,” Yellowstone’s senior bison biologist Chris Geremia said in a NPS statement.

“Bison are wild animals that respond to threats by displaying aggressive behaviors like pawing the ground, snorting, bobbing their head, bellowing, and raising their tail. If that doesn’t make the threat (in this instance it was a person) move away, a threatened bison may charge. To be safe around bison, stay at least 25 yards away, move away if they approach, and run away or find cover if they charge.”

Twenty-five yards. Or, just stay in your vehicle. Just please keep away from the wildlife.