Bravo for buffalo. See how we're saving the Western icon by eating it (again). 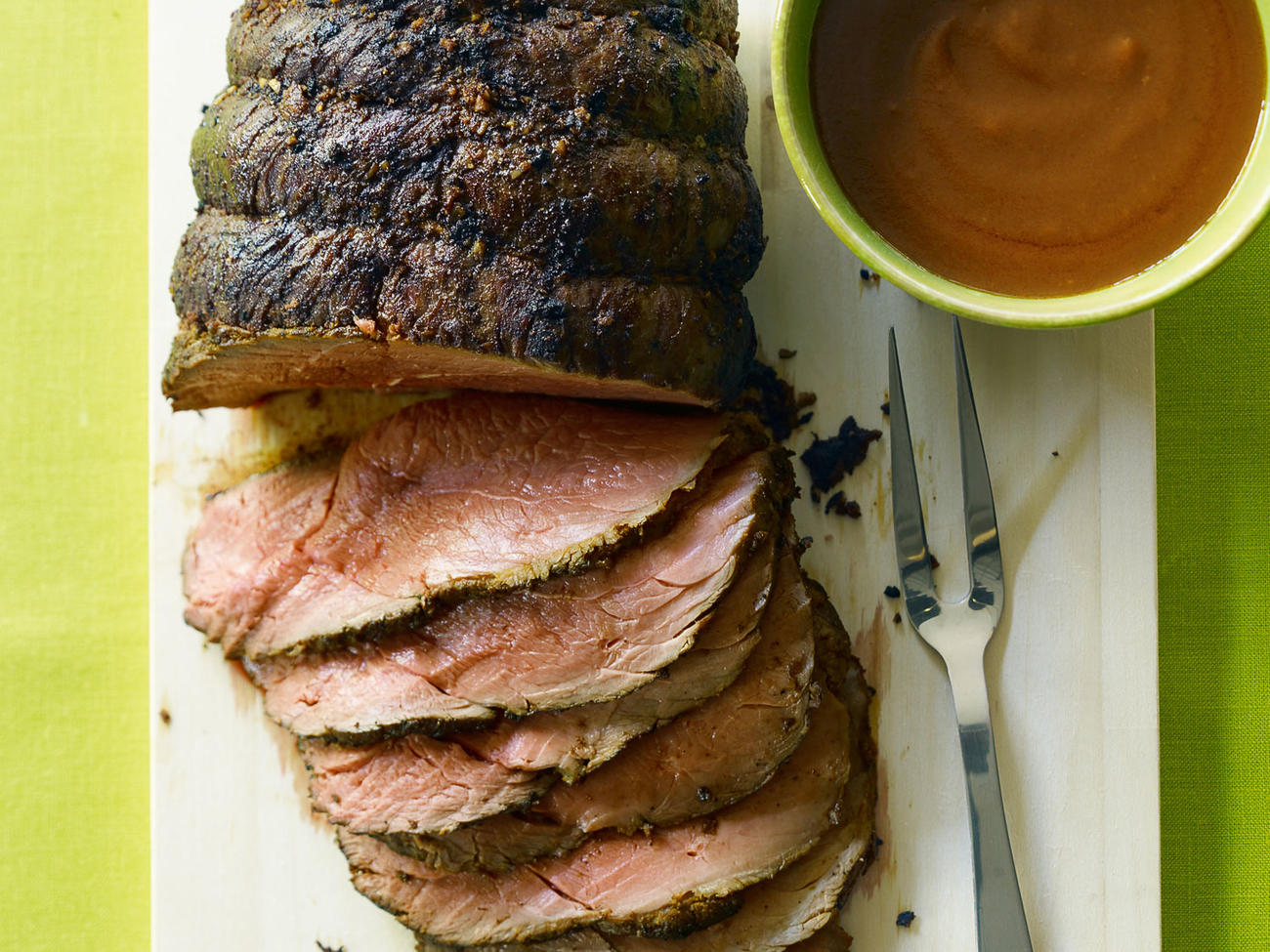 “Howdy!” says the jolly waiter at Ted’s Montana Grill in the Time & Life Building in New York City. “Is this your first time at Ted’s?” If a diner says yes, he promptly advises her that the restaurant owned by media mogul Ted Turner serves “homestyle cooking, like you would prepare when your friends come over,” and that it specializes in bison, from Turner’s ranches and others, “which is very lean and rich in omega-3 fatty acids, very juicy, and tastes sweeter than beef.” Then he recommends the 9-ounce fillet for $35.99.

Manhattan is a long way, geographically and spiritually, from the Western plains. But the menu at Ted’s proves how bison’s popularity has risen in just a few years. In 2003, the USDA had to bail out the bison industry by purchasing $10 million of frozen overstock. By the end of 2007, the industry expected to have processed 50,500 USDA-inspected bison, 20 percent more than in 2006, which was a 21 percent increase over 2005. That’s not meteoric, considering the cattle industry slaughters 125,000 animals a day. But it does reflect increasing consumer acceptance.

Health-conscious consumers like bison because it’s lean and rich in nutrients. Environmentalists view bison roaming on the prairies as a more sustainable food source than cattle penned up in feedlots. Chefs, too, have come to appreciate bison meat’s qualities. It satisfies that lust for red meat but has a less greasy mouth-feel than beef. When properly prepared, it’s faintly sweet, with a big, grassy flavor.

Indeed, when it comes to the bison renaissance, restaurants have led the charge. The meat is showing up on menus all over the United States ― in burgers at local treasures like D19 Restaurant in Aspen, Colorado, and as a specialty item at places like swanky Craftsteak Las Vegas and San Francisco’s elegant Restaurant Gary Danko and Fleur de Lys.

“There weren’t many companies selling in 2005,” says D19 chef Dena Marino, whose $21 bison burger inspired chef Emeril Lagasse to dub her restaurant one of his “favorite burger joints” in the country on Good Morning America. “Now people bring it to us.”

The American bison (also known as the buffalo) had been remarkably successful due to its agility, speed, robust birth rate, and ability to endure extreme temperatures. For thousands of years, its primary predators were wolves and Native Americans who hunted on foot. As many as 30 million roamed North America before the Europeans arrived. But a confluence of circumstances almost did them in. As the United States expanded to the West, herds were decimated by the invention of the Sharps buffalo rifle and by a demand for bison leather. And by the fact that the U.S. government endorsed their annihilation as a means to dominate restive Native Americans. By the late 1880s, only about 1,000 bison remained.

Relegated to a tourist attraction, bison survived on public preserves like Yellowstone National Park and South Dakota’s Custer State Park. By the early 1970s, the herds had begun to outgrow the park system, and culls were sold to a handful of ranchers (including Turner, who purchased a single bison in 1976 and his first herd in 1990). Many bought them for nostalgic reasons but also to market the meat as a novelty protein, like ostrich. Others, like Dave Whittlesey, whose High Wire Ranch has 150 head in Hotchkiss, Colorado, got into bison ranching as an alternative to cattle raising.

“The sense was, because the price of bison was increasing over beef, the bison market had a chance to build a new business, while cattle was controlled by packers like ConAgra,” says Dave Carter, executive director of the National Bison Association. “It was a move back to the sort of independence that is more the true character of ranching. In the 1990s, more folks went into the business. The price of animals went way up when ranchers like Ted Turner built their herds.” (Turner still dominates the field with 45,000 bison.)

By 1999, the price of heifers had increased 800 percent, and ranchers were getting into it for the play. “They were buying and selling animals,” Carter says. “The processors were putting tons of bison chuck and burger into the freezer. Then the market tanked.”

Whittlesey and his wife, Sue, felt the crash. “Our plan was to sell breeding stock,” says Sue. “But when buffalo prices crashed, there was more supply than demand.”

How did bison ranching recover? Mostly, Carter says, because ranchers realized they needed to be better marketers. Turner started his chain of more than 50 Ted’s Montana Grill restaurants in 2002 primarily to move his bison meat, and national chains like Ruby Tuesday began serving bison in 2005. On the retail side, some conventional stores started to emphasize bison to differentiate themselves in the meat case.

These efforts have been aided by the popularity of the Atkins Diet, which encourages people to eat red meat, and by a public increasingly turned off to meat raised on antibiotics, growth hormones, and inappropriate feed ― none of which is utilized in bison ranching. Finally, the sustainable food movement came of age.

Bison, by their very nature, are sustainable. They’re adapted to the wild and fend off predators more easily than cattle or sheep. They chiefly eat grass, so the meat is very lean ― 95 percent for entirely grass-fed animals ― and rich in omega-3 fatty acids, vitamins, and minerals. Dr. Kevin Weiland, a South Dakota internist and author of The Dakota Diet (Basic Health Publications, 2007), wrote that “the fat content in bison meat is usually a third of that found in cattle fattened in the feedlot … You could lose up to 10 pounds a year just by switching your main source of meat to grass-fed buffalo.”

Nutritionally, it’s all about the grass. But some ranchers, like Dan O’Brien and his wife, Jill Maguire, owners of Wild Idea Buffalo Company in Rapid City, South Dakota, believe that what the grass does for bison, bison do for the grass. “I started thinking how food leads to restoration of the plains,” says O’Brien, who has written numerous Western-themed books. “How we’ve industrialized it and degraded it ― and there is one solution: grass-fed.” O’Brien believes that bison improve the plains habitat. He may be right. According to Kansas State University researchers, bison-grazed prairie leads to greater plant diversity and richness compared with ungrazed prairie.

The bison/prairie paradigm exemplifies a return to the symbiotic relationship between the land and food production that is at the heart of America’s regional food movement, and it’s why so many restaurants are putting the meat on their menus. “Bison fits the need of the modern meat eater,” says chef Gary Danko. “It’s sustainable animal husbandry. It appeals to the green or sustainable consciousness that Californians are seeking.”

There are now more than 450,000 bison in North America, mostly in private hands. The initial increase in their numbers may have been due to conservationists, but the proliferation of this iconic American animal depends on selling it, as Dave Carter says, “one steak at a time.” When it comes to the buffalo, we have to eat it to save it.

INFO: Visit bisoncentral.com for details on where to buy bison.

Caramelized Cipollini Onions
A great addition to simple, rustic dishes like roast chicken or beef (or bison), these classy onions can be made ahead and reheated slowly when ready. This is an adaptation of a recipe from Gary Danko, of San Francisco’s Restaurant Gary Danko.