Beat Arizona’s National Park Camping Rush with These Nearby Alternatives 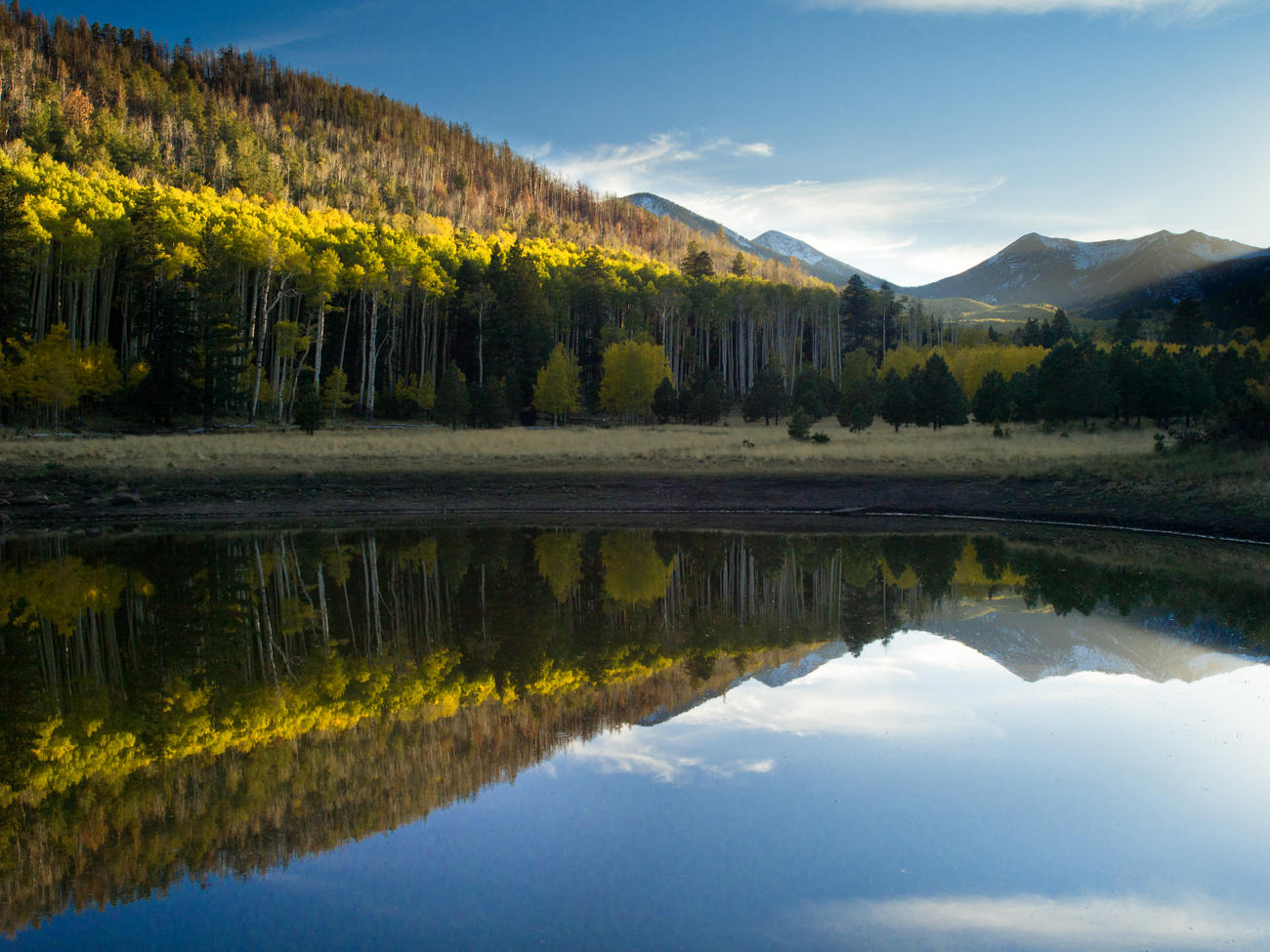 Record numbers of tourists have made national park camping more challenging than it’s ever been. A staggering 48.2 million United States households camped at least once in 2020. Last year, more than 10 million households went camping for the first time, and many of these campers flocked to treasured destinations like Utah’s Zion and Arches national parks, where officials have likened the onslaught of crowds to attendance at Disney World.

Such trends have recalibrated the compasses of many southern Utah and Southwest enthusiasts toward Arizona, a comparable desert alternative to its neighbor to the north. The state boasts 22 national parks and sites, 33 state parks, six national forests, and the sixth-greatest total of Bureau of Land Management land in the U.S., space that accounts for more than 41% of its total area.

In fact, this past June yielded a 31% increase in national park tourism in Arizona from the previous year, with Grand Canyon and Petrified Forest bolstering those numbers via 132% and 94% increases, respectively. Not to worry if you’d rather stay away from tourism tsunamis or months-long reservation systems: A night under the stars can still be salvaged courtesy of close-proximity alternatives.

“Reserving a campsite is nearly impossible at some national parks, but there are often dozens of free, dispersed camping options surrounding them that require no reservation,” says Breanne Acio, co-founder of Sēkr, a crowdsourcing camping app that saw a 492% increase in users and a 1,530% increase in user sessions last May compared to the previous year.

“Dispersed camping is the most economical way to travel and see the national parks,” Acio adds. “While most visitors are paying hundreds of dollars a night for a motel, we take our SUV and camp for free in the beautiful National Forest Service or BLM (Bureau of Land Management) land down the road.”

We asked the folks at Sēkr to share a few of their favorite places in the Grand Canyon State where they like to set up shop. Try any one of them to enjoy an uninterrupted night under the stars, and be sure to check out Acio’s personal list of Arizona favorites.

Camping in Grand Canyon can pose a challenge, given visitor numbers. Instead, venture out to Tusayan, a town just a few miles from the park’s entrance that offers free, dispersed camping (with smaller crowds) and easy access to hiking and mountain biking recreation.

Also adjacent to the park, Grand Canyon Village‘s Fire Road 686 features a free, dispersed site near the Randall Water Tank. Enjoy all the attractions of one of the seven wonders of the world without scrambling to secure lodging.

The Gilbert Gray Campground in the vicinity of Tucson is a short distance from the western section of Saguaro National Park, an area overflowing with desert recreation. For those working remotely, Acio notes: “We had great service on AT&T and Verizon, and were able to connect and work, no problem.”

Additional dispersed camping on BLM land is available off of Reddington Road and North San Pedro River Road that provides views of the Tucson city lights from a distance. But be warned: There is a “steep incline getting here with multiple switchbacks,” Acio says. “[It] may not be suitable for larger RVs or buses.”

Flagstaff‘s wooded realm offers an abundance of recreation and free, dispersed campsites. Cell service may be spotty in some areas, but the host of mountain biking and hiking opportunities—and views of Humphreys Peak at 12,637 feet in elevation—should be more than enough of a distraction.

About 35 miles to the southwest of Flagstaff is the stunning Sycamore Falls, a seasonal 70-foot waterfall—when there’s snowmelt—that doubles as a rock-climbing hotspot in the dry months. Mountain biking and hiking are also abundant.

Approximately 130 miles west of Phoenix is what many call the RV and conversion van boondocking capital of the world. Aptly named for its abundance of rocks and gems, Quartzsite’s campgrounds, such as the Hi Jolly BLM site, provide a mecca for hiking, stargazing, off-roading—Dripping Springs and Dome Rock trails, for example—petroglyphs at Tyson Wash, and more.

Quartzsite gained notoriety after the 2021 Oscar-winner Nomadland shined a light on the renowned Rubber Tramp Rendezvous, or RTR, an annual gathering of vanlifers that’s being held this year on Jan. 14-23.

This New Glamping Site Is an Oasis in the Desert