There are 21 Spanish-era Missions in California and each has it champions. Some people flock to San Juan Capistrano, returning time and a... 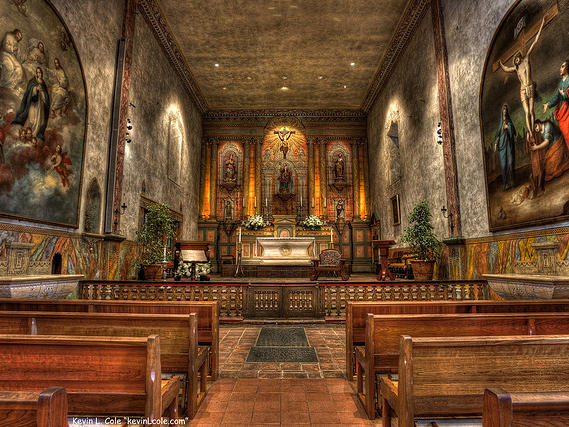 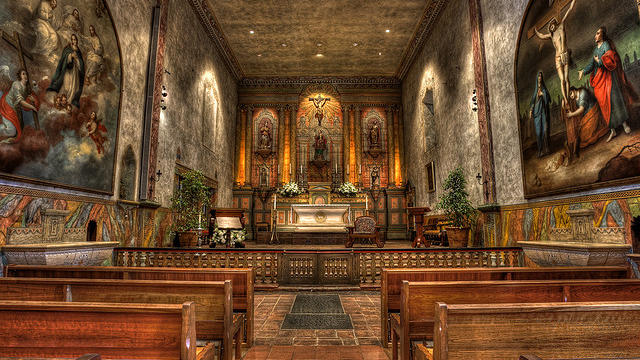 There are 21 Spanish-era Missions in California and each has it champions. Some people flock to San Juan Capistrano, returning time and again, just like the famed swallows. Others love San Carlos Borromeo de Carmelo, and who can blame them? Carmel was Junípero Serra’s favorite too. Still, others prefer the original, the 1769 Mission San Diego de Alcala, with its five-bell campanario and gorgeous bougainvillea flowing over ancient adobe walls.

I’ve always been partial to San Juan Bautista, which sits on the little town’s historic plaza and did a star turn in Hitchcock’s Vertigo in the 1950s. But I grew up near San Juan, and I’m clearly a homer when it comes to California Missions.

My wife Susan’s favorite is Santa Barbara, the Queen of the Missions.

Susan went to college at nearby UCSB and fell for the expansive cream-and-pink Doric façade and the impressive twin bell towers. While she finds some of the Missions somber, nearly gloomy, Susan feels a lightness in Santa Barbara that lifts her spirits rather than tamps them down.

So on a visit earlier this month, I revisited her majesty, and I was dazzled. The façade looks not so much like a historic relic but like a Hollywood re-creation of one. The cemetery is lovely, with an enormous, 125-year-old Moreton Bay fig tree spreading its limbs out like a friar calling his flock to his side. Somewhere in this cemetery lie the remains of Juana Maria, the Nicoleño Indian who lived alone for 18 years on San Nicolas Island and inspired Scott O’Dell’s book The Island of the Blue Dolphins.

I’d love to hear which of California’s Missions you like most. Santa Barbara? Carmel? Isolated but endearing San Antonio? Dolores, in the heart of San Francisco’s very happening Mission District?

In your humble opinion, which Mission reigns supreme?