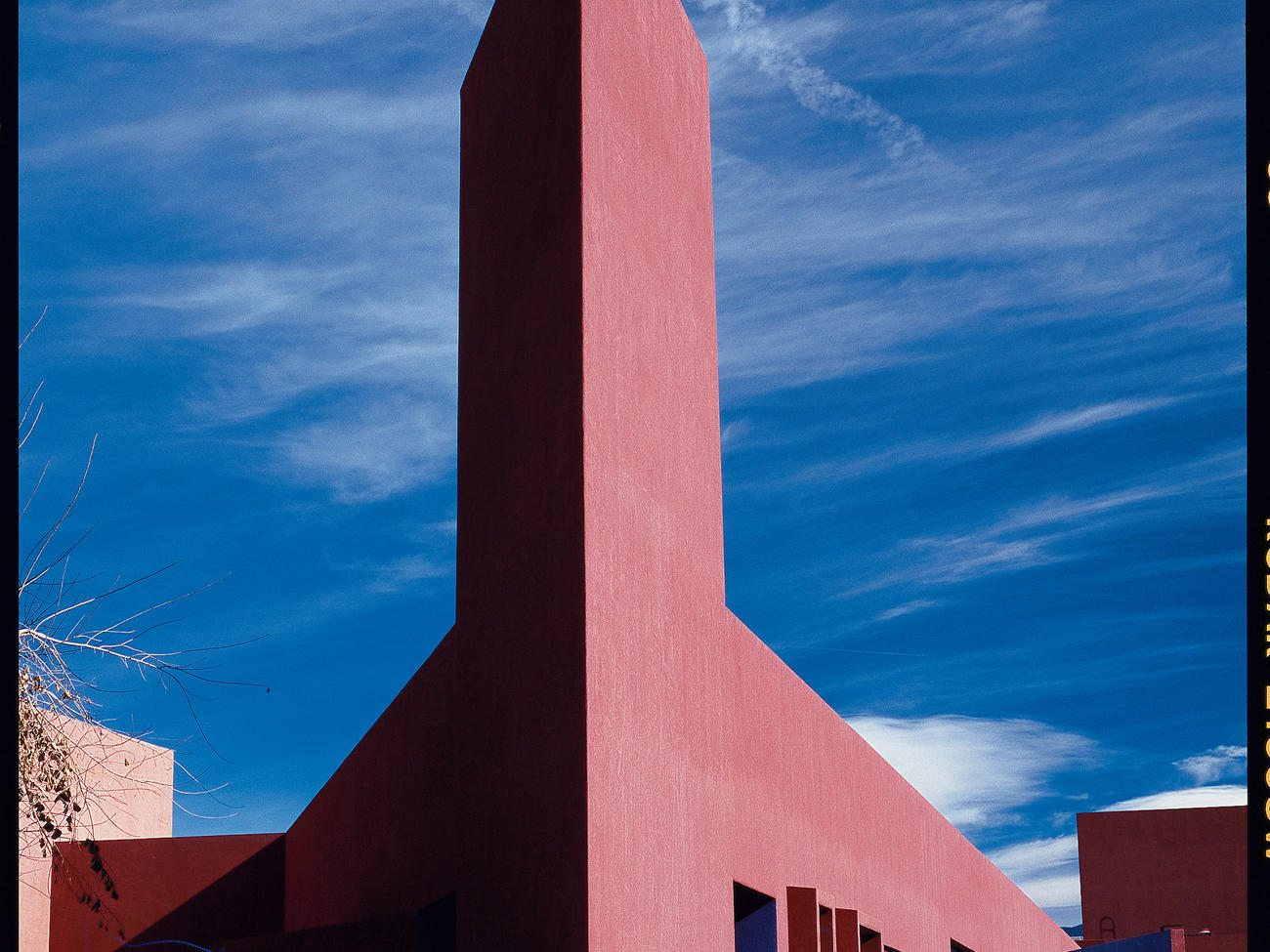 Think of Santa Fe, and your mind’s eye renders the image in sepia. By both tradition and design review in the historic districts, adobe and faux-adobe walls all wear the color of bare earth. There’s something to be said for it, as no other North American city grows from its landscape with such an organic sense of place.

But when Mexico City architect Ricardo Legorreta won the commission to design the new Visual Arts Center for the College of Santa Fe, he found inspiration in all the other colors of nature surrounding the brown town: the high-desert sky, the brilliant sunsets, the mountain flowers. Instead of growing out of the earth, this building drops in from the sky.

The color scheme didn’t take the college by surprise; Legorreta’s international reputation is built on his audacious palette. He doesn’t use it to startle or provoke, rather to provide unexpected pleasures. A courtyard, painted a stunning cobalt blue, virtually melts into the sky at certain times of day; it’s like a room bounded in two dimensions and infinite in the third. A train of skylights with tangerine wells sprays color into an otherwise routine hallway. Outside, the simple but powerful angular forms – a jumble of boxes, pyramids, and fins – constantly hurl shadows at each other, so the interplay of brilliant color and deep shade becomes part of the architectural geometry.

Since the college building doesn’t sit among historic adobes, Santa Feans have remained relatively unperturbed. Whether it will embolden other architects to widen their horizons of form and color in Santa Fe remains open to question. It should: Legorreta has shown just how bright the city’s spirit is. – Lawrence Cheek

Belfair, Washington. The new North Mason Timberland Library revives the spirit of great reading rooms with a 35-foot-high ceiling and views of the surrounding forest.