Tap into Boulder’s Creative Side

Mix the start-up energy of Silicon Valley with the craftiness of Portland, and you’ve got the most-inspired town in the West 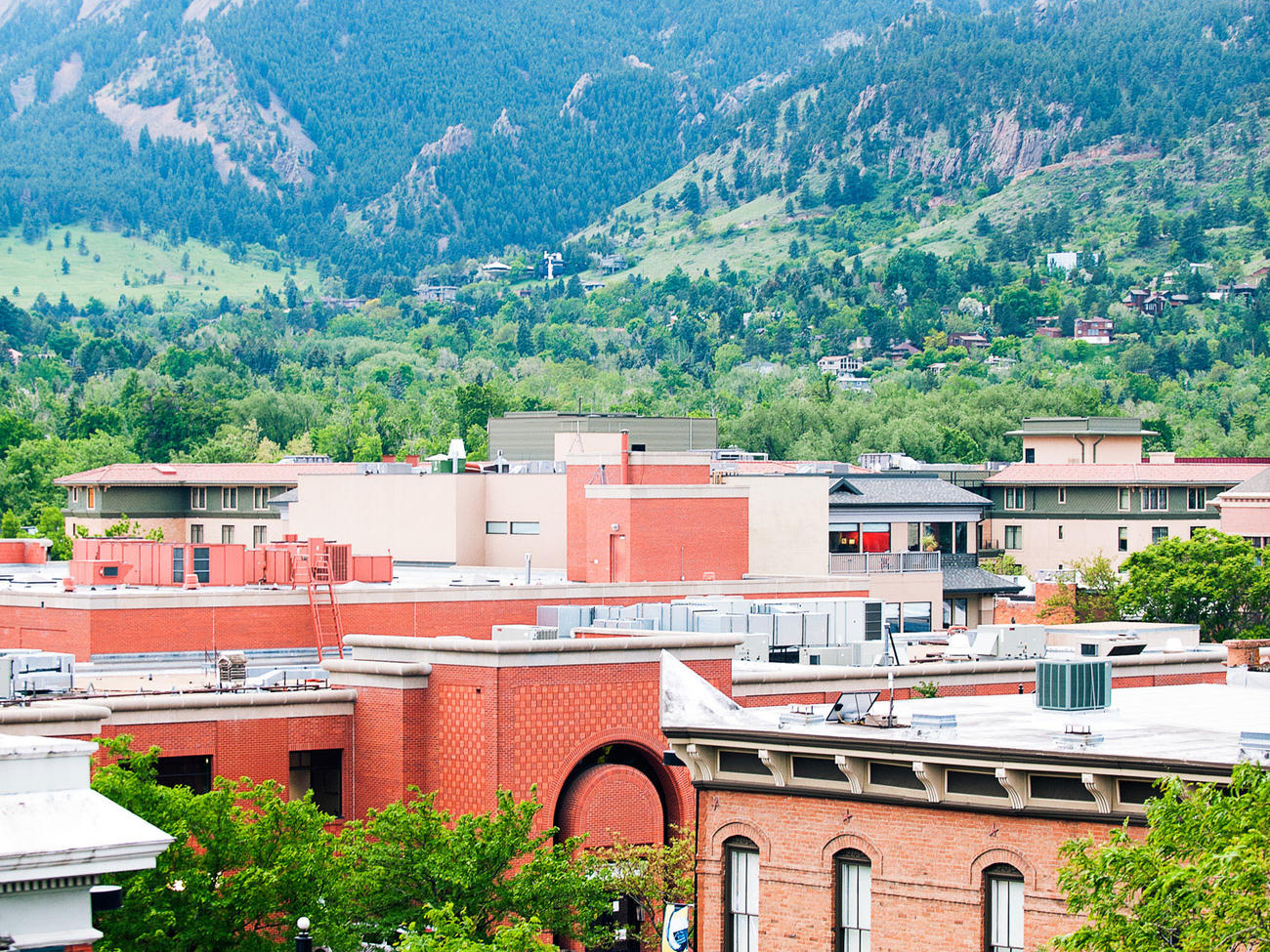 It takes only eight minutes to see that something big is happening in Boulder, Colorado. That’s about how long it takes to pedal through downtown—from your energy-bar stock-up at Whole Foods Market toward the Flatirons—assuming you can make it without stopping. Which is unlikely these days. As you cruise along Pearl Street east of the Mall on a cherry red ride from B-cycle, Boulder’s nonprofit bike-sharing system, every other storefront begs you to slam on the brakes: an artisanal cheese shop, coffee roaster, craft-driven bar, DIY workshop selling handmade everything, and on and on, until every new stop leads to the question: Is this the next Portlandia?

Perhaps, but one with an overachieving edge. “Most people don’t believe you can be the best in advertising, tech, or anything else unless you’re in a big city like New York or San Francisco,” says Alex Bogusky, who moved here from Miami to establish a Boulder branch of his advertising firm, Crispin, Porter + Bogusky, in 2006. (He also helped found B-cycle, now in 15 cities nationwide.) “Boulder doesn’t have that attitude. Boulder expects that the hottest restaurant in the country will be here.”

This little big town of just under 100,000 people attracts a certain type, says Dave Schiff, chief creative officer of Made, an online retailer and marketing agency that represents companies making products domestically. “Both venture capitalists and entrepreneurs are pulled here for the lifestyle, which means VC money is in the same place as start-ups,” Schiff says. “So this place becomes a self-perpetuating machine.” One where business execs who’ve traded the big city for the mountains mingle with retired pro athletes looking to apply their hard-training spirit to new business ventures—and where business meetings happen on bikes.

The new Boulder is part locavore-spirited Portland, part mini start-up-driven Silicon Valley. The Boulder Startup Week convention began in 2010 with about 1,300 attendees, and this year grew to more than 3,000. “Many came from out of state because the buzz was so loud,” says Ef Rodriguez, director of the event that’s as casual as Boulder itself. “No registration, no badges. Just start-ups, geeks, and enthusiasm.” It all feeds into the town’s unofficial motto: Anything is possible.

Take David Gilman, 22, a newly certified welder who worked on projects using the tools and facilities at Factory­Made, a design workshop, creative lab, and showroom that opened last February. Creative types come here for classes in graphic arts and fashion design as well as entrepreneur meetups (like Startup Women twice a month).

“We needed some tables built, so we did a trade with him,” says Sam Randall, FactoryMade’s creative labs coordinator. “As soon as we had a few out in view, people asked, ‘How much are those?’ ” In a month, Gilman had sold four tables, and he has since launched a company, Wellington Fabrication & Design, making tables and signage for local businesses. “He’s now the metal guy,” Randall says.

Like Gilman, half the workshop users are pursuing business ideas, but the other half come here just to scratch the creative itch. There’s something for every type of dreamer here, whether you’re an entrepreneur or hobbyist, local or tourist. Boulder could be the place that feeds your desire to try something new, as long as you listen to that creative calling and pull over.

Eat like a farmer. Eric Skokan, chef and owner of Bramble & Hare restaurant, is transforming Front Range cuisine as a new breed of chef-farmer. At his 160-acre Black Cat Farms, he grows more than 250 varieties of fruits and veggies, and raises hogs, sheep, and chickens. Skokan says, “Now I can dream up dishes with the seed catalog,” instead of simply relying on what’s available. $$; 1970 13th St.; 303/444-9110.

DIY workshop. At Fabricate, shop for fabric, and learn to make your own clothing, table linens, and quilts. Classes from $25; 2023 17th St.; fabricateboulder.com

High-altitude coffee. At Boxcar Coffee Roasters, which shares a storefront with Cured, Cara and Vajra Rich have developed a special brewing method for Boulder’s elevation and lower water-boiling temp. The process involves mixing almost-boiling water with coffee grounds, heating to boiling, adding ice, and straining—kind of like a mad science experiment. Brewing classes start this winter. 1825B Pearl St.; boxcarcoffeeroasters.com

Cocktails for champions. A trail runner turned mixologist, Bryan Dayton transferred his athletic drive to the bar he co-owns, Oak at Fourteenth. His housemade bitters, sodas, and hand-carved ice spheres have put Boulder on the map in cocktail competitions nationally. No wonder, with drinks like the East Aspen Heights: gin, yellow Chartreuse, and blackberry and pear juice. 1400 Pearl St.; 303/444-3622.

A Euro-style grocery. Coral and Will Frischkorn (formerly a graphic designer and pro cyclist) were inspired to open Cured, a shop specializing in meats, breads, cheeses, and wines, while living in Spain. “Rather than stocking up weekly, people did daily rounds, like to the cheesemonger,” says Coral. Free wine sampling Tue; wine-and-cheese classes Thu (from $35); 1825B Pearl St.; curedboulder.com

Hobbyists turned designers. In 2010, artists Kristin FitzGerrell and Allison Bozeman created Firefly Handmade Markets. They felt that the talent, energy, and momentum of the local handmade community was poised for something larger. “We wanted a craft fair like Renegade here,” says FitzGerrell. “For the first market, we searched local makers on Etsy and pulled people out who were working in their closets.” Sixty vendors filled the inaugural market, and a year later they had double the applicants. “There are a lot of people who have a day job but are moonlighting doing what they love, and some are now determined to make a go of it,” says Fitz­Gerrell. One recent success story is Elke Bergeron (byelke.com), a stay-at-home mom whose handbags made from vintage materials have become popular. $2 entry; fireflyhandmade.com

Get around. Check out a bike from five downtown B-cycle stations. $5/24 hours; take unlimited hourlong rides, or add $4 per additional half-hour for longer trips; boulderbcycle.com

Stay. At the Colorado Chautauqua’s 58 cozy cottages near downtown, there’s always something going on—films, concerts, and forums. From $122; chautauqua.com

Tap into Boulder’s Creative Side