Seattle chefs—and diners—are clamoring for the latest oyster variety from Taylor Shellfish. Where to get ’em while they’re hot. (Er, cold.) 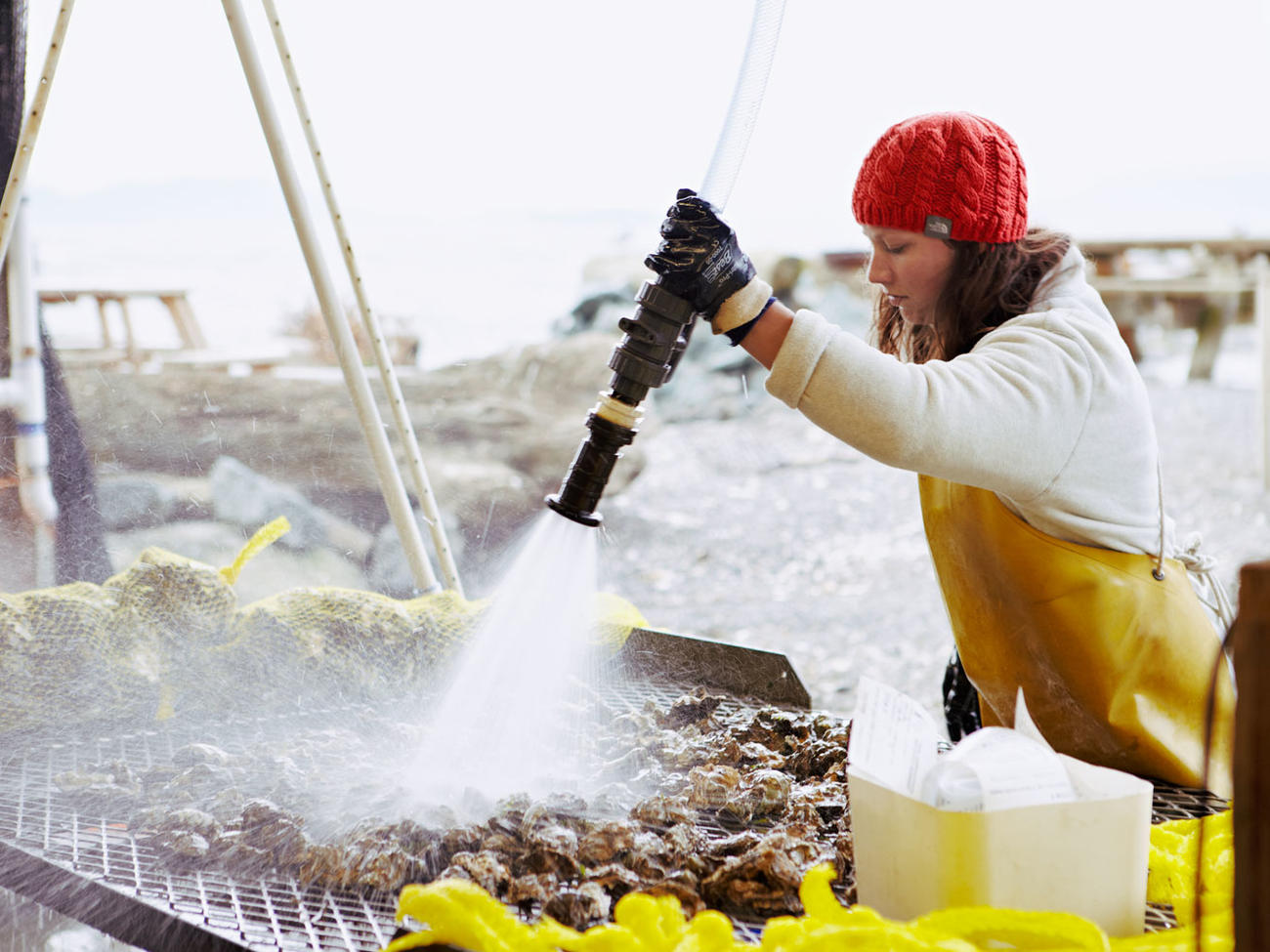 Thomas M. Barwick
Taylor Shellfish ships out oysters from Samish Bay just as fast as it can raise and clean them.
Written by Rebekah Denn May 10, 2010
Share this story

Shigoku oysters have swiftly become the hottest bivalves in Seattle. Raised in Willapa and Samish Bays by Taylor Shellfish Farms, the attraction of this new oyster is partly its unique shape—a super-smooth shell with a deep, rounded cup (thanks to tumbling four times every 24 hours by the tide, which chips away the rough outer edges of the shells). But it’s also the oyster’s depth of flavor: a clean, firm, briny bite with a taste similar to cucumbers and melon.

Since a winter storm wiped out the Shigoku harvest in November, diners—and chefs—are even more obsessed, and far more restaurants want the oysters than can be supplied. But we’ve found the five spots in the city almost guaranteed to have a stash. (Do call in advance, though, just to be sure.)

Old-fashioned style: Elliott’s Oyster House is the Northwest’s go-to place for oysters, serving them no nonsense and plain, but impeccably shucked. Elliott’s made sure to be on Taylor’s Shigoku priority list. Try them at the famed 21-foot-long oyster bar—along, if you like, with about 30 other varieties from around the world. Elliott’s recommends pairing Shigokus with Stellar Bays, a plump oyster from Deep Bay, B.C. $$$; 1201 Alaskan Way; 206/623-4340.

International style: Fresh Bistro had its origins in a catering company, but the new West Seattle restaurant serves food that’s as far as it gets from rubber chicken. Here, chef-owner Dalis Chea tweaks traditional oyster pairings by topping his Shigokus with a frozen Champagne mignonette and a shallot “caviar.” $$; 4725 42nd Ave. S.W.; 206/935-3733.

Affordable style: At Anchovies & Olives, chef Ethan Stowell’s newest hot spot, you’ll find Shigokus on a bed of ice, dolled up with fruity Spanish olive oil and squeezes of lemon. Mix them in an attractive platter with other Northwest stars like Totten Virginicas, Kusshis, and Kumamotos, each adorned with a different topping: say, red wine ice or a touch of pickled beets. Hit oyster “Power Hour” at the bar (daily from 5 p.m. to 6 p.m. and again from 10 p.m. to closing) and they’re $1 a pop. $$; 1550 15th Ave.; 206/838-8080.