The Best Things to Do in Oregon this Winter

Explore all the best parts of Oregon this season, from snowshoeing on Mt. Hood to a hot spring dip in the Willamette Valley. In partnership with Travel Oregon There are endless opportunities to see migrating and wintering birds across the state, but the Klamath Wildlife Area should be top of your list. From November to February, more than 500 bald eagles nest in the area—the largest concentration in the lower 48. You can also spot rough-legged hawks, swans, kestrels, harriers and more. Between February and April, birding is at its peak, with guides setting up bird blinds to camouflage birdwatchers and placing decoys to attract migrating flocks. In mid-February, the annual Winter Wings Festival facilitates speakers, workshops, and presentations from leading birders. 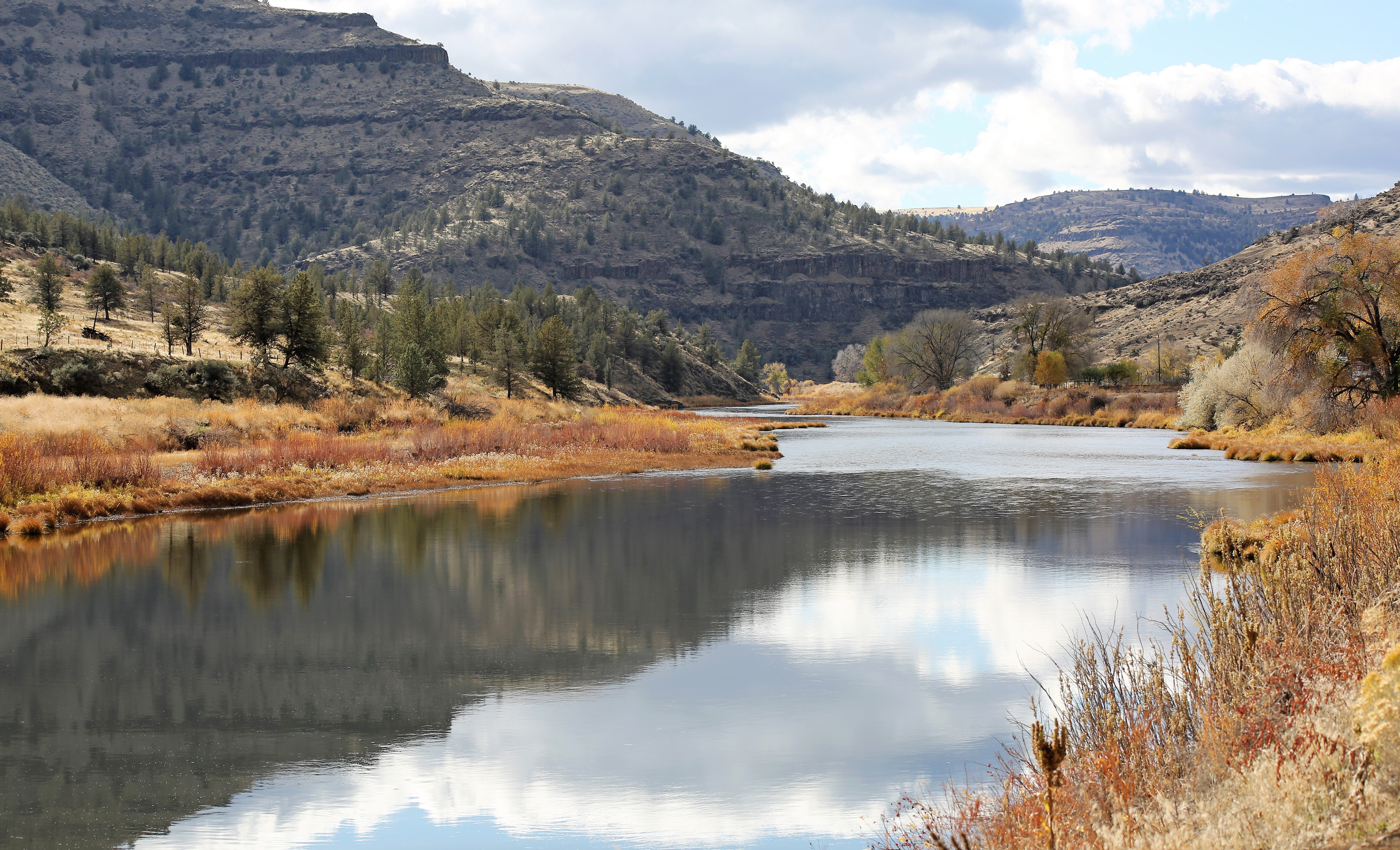 The John Day River is the third-longest in the contiguous United States, and winds through Eastern Oregon all the way to the Columbia River. A popular river for rafting in the warmth of summer, this Wild and Scenic River teems with wildlife, including steelhead and trout in the winter months. Experienced anglers can navigate the river on their own, but a guided fishing trip offers access to the best spots and information about the local flora and fauna. Just 22 miles from downtown Bend, Mt. Bachelor is an easily accessible ski area (in addition to being the sixth largest in the country) and boasts one of the longest seasons in the Northwest. Mt. Bachelor’s Gravity School provides public, private, and package lessons with equipment and lift tickets included, and partners with Oregon Adaptive Sports to offer an incredible roster of adaptive skiing programs to people of all abilities. Please note that some hot springs may be temporarily closed due to COVID concerns. Be sure to check before you go.

One of Oregon’s most enticing activities is soaking in the many natural pools of thermal water created by volcanic activity and converging fault lines. At $7 per person, one of the most affordable soaks in the state is at Terwilliger Hot Springs—also called Cougar Hot Springs—in Willamette National Forest. Nestled within a thick woodland just 90 minutes east of Eugene and accessible via a half-mile hike, the six shallow soaking pools range from 85 to 112 degrees. The springs are clothing optional and open year-round, but it’s always a good idea to check driving conditions on winter roads before setting out. 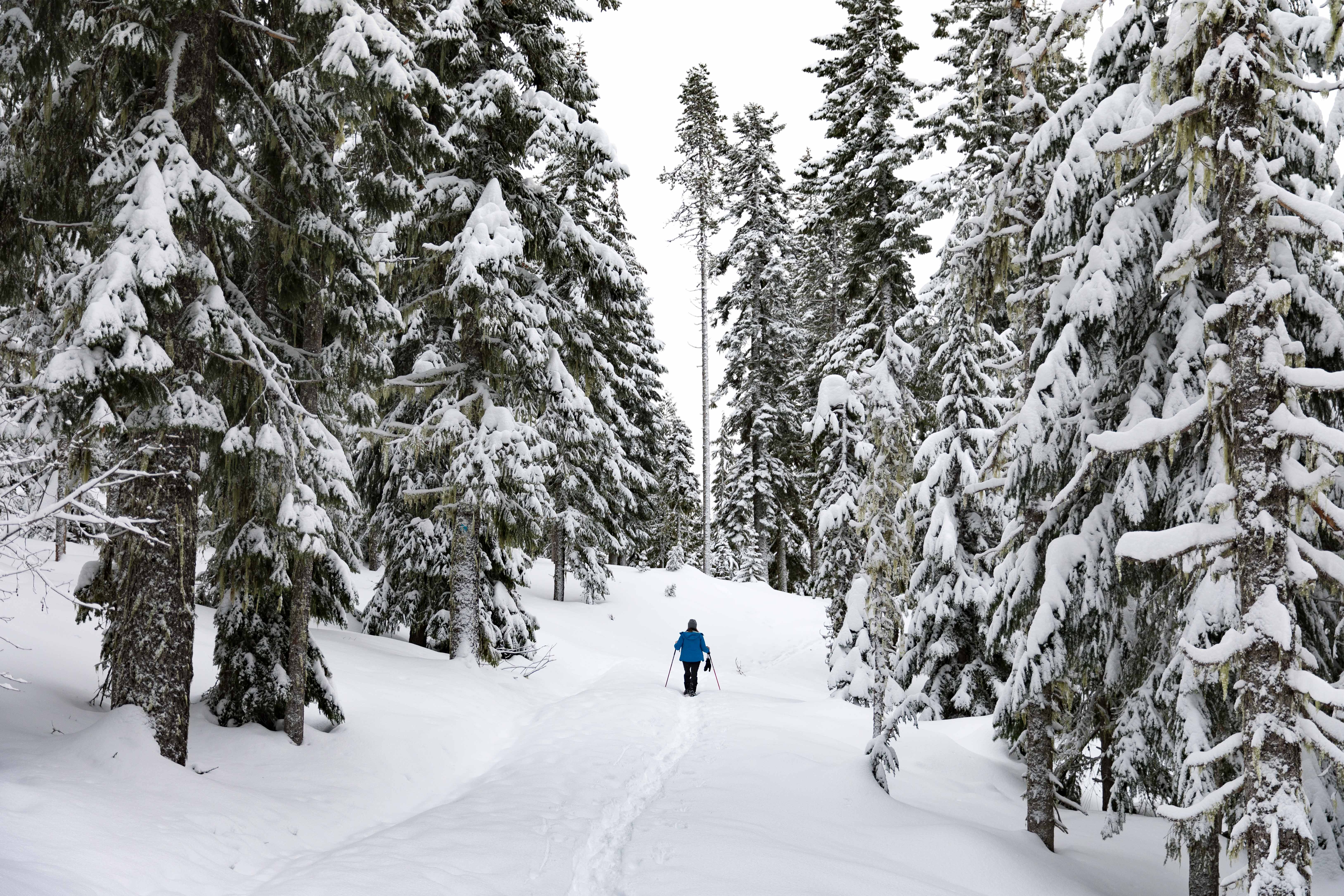 There are 100 sno-parks across Oregon catering to all manner of winter recreation. One of the most secluded is Billy Bob Sno-Park, accessible only through Dufur, Oregon with a Northwest Forest Pass. It’s a popular spot for motorized recreation, but mushing, snowshoeing and cross-country skiing are also common. Perched on rugged sandstone cliffs high above the ocean, Shore Acres State Park is one of the best places on the Coast to watch a winter storm. There are spectacular ocean vistas year-round, but in the winter months visitors can see waves crashing against the shoreline and watch storms come and go over the horizon. A fully enclosed observation building allows visitors to safely take in the views even during extremely inclement weather. Once the storms pass, you might catch a glimpse of migrating grey whales. Every winter, more than 20,000 grey whales travel along the Oregon Coast as they make their way to warmer waters in Baja, Mexico. There’s so much to see and do in Portland, but no trip is complete without perusing the shelves at the iconic at Powell’s City of Books, and sampling some of the state’s finest craft brews on tap. Powell’s stocks more than one million new and used books, including a great selection of out-of-print, rare and hard-to-find titles. Organized in nine color-coded rooms, the books at Powell’s span every genre and interest, making it easy to spend hours there. Next up, beer tasting. The city is home to more than 75 breweries. Check out the astronomy-themed Ecliptic Brewing followed by a stop at Culmination Brewing, which focuses on sustainable manufacturing and offers all manner of stouts, sours and more brewed with daring ingredients such as cherry, vanilla, lychee and almond.

Our Favorite Coastal Inns, Hotels, and Resorts from Seattle to San Diego

3 Reasons Why Portland Should Be Called Suds City