That’s right, eight. If you’ve got the means, the time, and the guts, Alaska’s national parks are some of the country’s last (and most beautiful) wild places Aside from Denali, how many of Alaska’s national parks can you name? The state’s protected areas remain largely little-known and unexplored, and count amongst  America’s last truly wild places.

Alaska is the largest state in the country, and is also the least densely populated. What to do with all that land? Seven of the state’s eight national parks were established in 1980 as part of the Alaska National Interest Lands Conservation Act–a law providing varying degrees of protection to more than 157,000,000 acres of public lands. ANILCA remains the single largest expansion of protected lands in history, and more than doubled the size of the national park system.

Today, Alaska boasts 325,700,000 acres of publicly owned land. Though the parks are not easy to get to, it’s possible to visit even the most remote of the state’s parks; intrepid adventurers are rewarded with some of the most expansive scenery in the world, as well as a level of solitude most of us have never experienced (save for the occasional run-in with a local grizzly). We suggest whetting your AK whistle on someplace easy to get to in the most temperate summer months; chances are you’ll be back for more (more whale watching, fly fishing, kayaking, backpacking, dog sledding, back country skiing, snowmobiling… the list goes on).

Related: American Airlines’ New Routes Will Finally Make It Easier to Visit the National Parks on Your Bucket List With Alaska’s biggest claim to fame (literally–Mt. Denali towers at 20,310 feet), Denali National Park boasts more than six million acres of wilderness and just one main road (only 15 miles of which are paved). Denali is the only national park in Alaska more than 100 years old; in fact, it’s the only national park in Alaska established before 1980. Congress designated the park in 1917 specifically to protect Dall sheep and their habitat, so trails are extremely limited and most hiking and backpacking is done in the wilderness. If you’re interested in sightseeing sans bushwhacking, there’s a bus for that. Keep an eye out for fox, marmot, and sheep, and if you’re extra lucky, moose, caribou, wolves, and bears both black and brown (a.k.a. grizzlies). This park is home to seven tidewater glaciers, 1,045 terrestrial glaciers, and two Tlingit ancestral homelands. Its geography encompasses everything from coastal inlets and sheltered fjords to temperate forest and snow-capped mountains, and is part of a 25 million-acre World Heritage Site—one of the world’s largest international protected areas. Glacier Bay is a popular Inner Passage cruise ship stop, and known for water activities such as kayaking, sport fishing, and of course, boat tours for spectacular views of all those icy fields.

For Front-Row Seats to the Northern Lights: Gates of the Arctic National Park & Preserve The least visited and most remote of Alaska’s parks, Gates of the Arctic sits above the Arctic Circle (meaning it gets 30 days of continuous sunshine per year), and is one of the best places to see the Aurora Borealis. The park’s name comes from its most iconic vista: Mount Boreal and Frigid Crags flanking the Koyukuk river like a gate. Want to see it for yourself? There’s not a single trail or paved road on the park’s 8,500,000 acres (and zero visitor facilities), so “flightseeing” via helicopter is a popular, though pricy, option. This active volcanic landscape has been managed by the National Park Service since 1918 to protect the sockeye salmon population and the bears that eat them (though it wasn’t designated a national park until the ’80s) . The park’s 2,200-strong brown bear population gorge themselves each summer, most famously at the Brooks Falls viewing platform, where you can witness salmon swimming upstream directly into gaping grizzly maws. Seaplanes take fishing enthusiasts along the river system for salmon and trout fishing, while wildlife photographers hike through the verdant landscape to spot ptarmigan, marmots, lynx, and more. Nearly 40 glaciers flow from the Harding Ice Fields to the sea in Kenai Fjords National Park, the state’s smallest. (Harding, the largest ice field in the U.S., dates back over 10,000 years to the Ice Age.) This dramatic coastline of glaciers makes up for the park’s lack of acreage, and is home to a surprisingly diverse array of creatures, such as mountain goats, puffins, sea lions, otters, humpback whales, and orcas. The area is mostly wild, though visitors seeking solitude make good use of four marked hiking trails, one campsite, and three reservation-only cabins. Along with its major river (Kobuk is the Inupiaq Eskimo word for “big river”), Kobuk National Park boasts conifer forests and even sand dunes—the largest active sand dunes in the Arctic, to be exact, created by the grinding action of the area’s glaciers. Herds of caribou (roughly half a million!) migrate through the park twice a year. Your own migration would be best by water; boating down the Kobuk River is a great way to see the sights, and is a 5 to 7-day journey from Ambler to Kiana. Note that air taxis are the only way into the park, and once you’re there you won’t find facilities or trails (just lots of seemingly incongruous sand). Lake Clark is a park for history buffs and preservationists alike; here you’ll find the ancestral homelands of the Dena’ina people as well as Tlingit and Haida totem poles.  The park’s ecosystem is host to two volcanos—one active and one inactive—as well as the headwaters of the largest sockeye salmon fishery in the world. Kayaking, canoeing, and river rafting (fishing poles included, to take advantage of that fishery) are popular pastimes here, as well as winter fat-tire biking across the park’s snowy terrain and frozen lakes. If you’d rather just relax, reserve a backcountry cabin on the shore of Lake Clark.

For Experiencing the Biggest Park of All: Wrangell-St. Elias National Park & Preserve 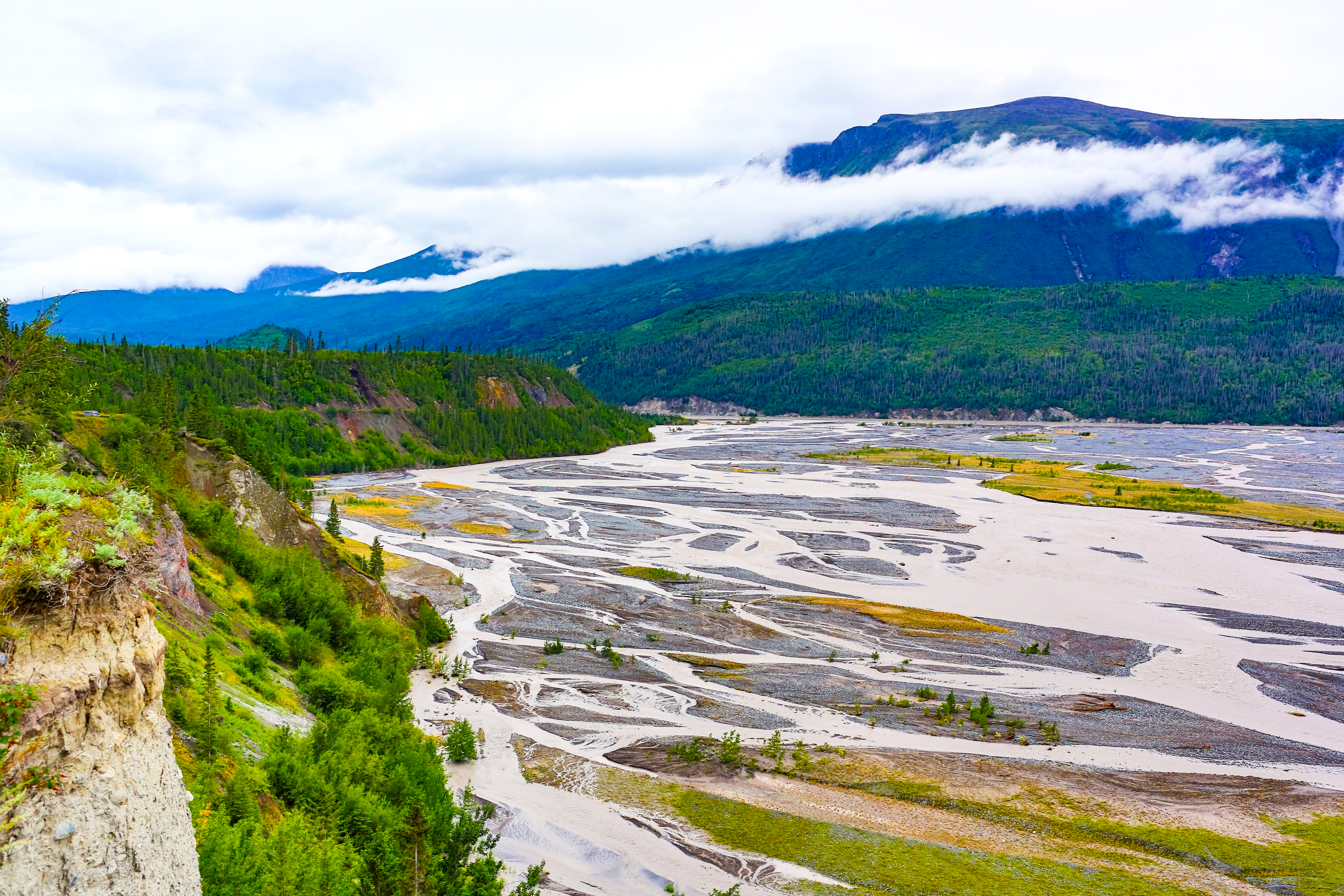 The largest national park in the U.S. at 13.2 million acres, Wrangell – St. Elias encompasses every geographical wonder Alaska has to offer, from temperate rainforest to frigid tundra. It’s home to a large portion of the Saint Elias Mountains, which include most of the highest peaks in both the U.S. and Canada yet are within 10 miles of the ocean, making it one of the highest reliefs in the world. The park also boasts North America’s largest subpolar ice field, an active volcano, and the abandoned copper mining town of Kennecott, which visitors can explore. Hike, climb, float, bike, ski—the adventures are endless here, and it’s one of the state’s most accessible parks, with paved roads, visitor centers, guided tours, and plenty of camping options.

Where to Hook the Fattest, Freshest Salmon in Alaska

You Can Ski by Helicopter at This Alaskan Mountain Lodge